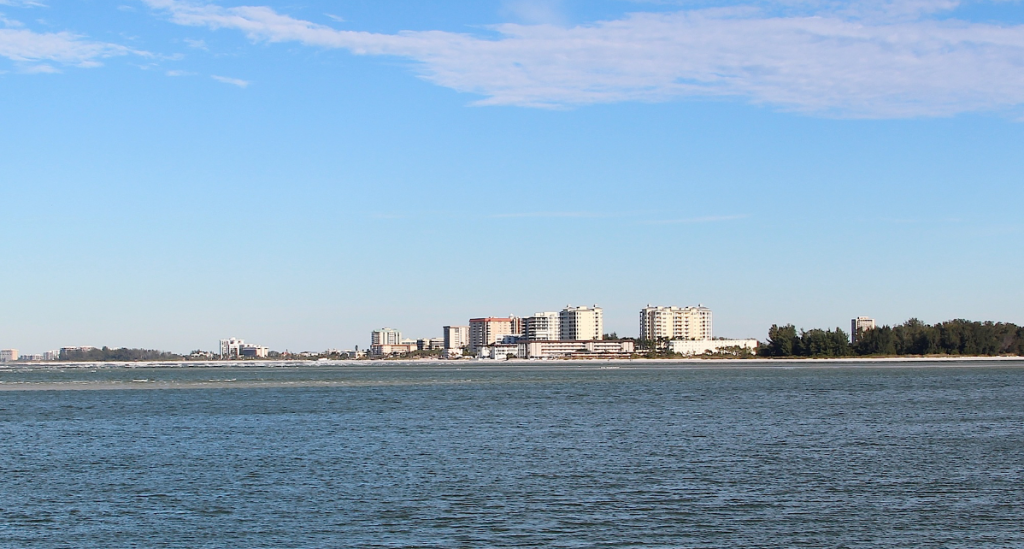 The U.S. Army Corps of Engineers announced on June 11 that it has allocated $13,462,000 to the long-term project designed to renourish a 1.56-mile stretch of South Lido Key Beach.

The funding is part of the federal agency’s Fiscal Year 2018 Work Plan, which the USACE delivered to Congress on June 7, a USACE news release explains.

The Lido project is one of five nationwide listed under “Construction new starts,” as noted in the press release.

“The Army’s Civil Works FY 2018 work plan provides funding to start, continue, and complete studies and construction projects that will get dirt moving to better the lives of Americans, their infrastructure, economy and environment,” said R.D. James, assistant secretary of the Army for civil works, in the release.

In response to a question, Susan J. Jackson, a spokeswoman for the USACE at its Jacksonville District Office, wrote in a June 12 email, “The project delivery team is currently developing a construction schedule for the [Lido] project.”

In December 2016, the U.S. Fish and Wildlife Service issued a Biological Opinion for the long-term project, making it clear that that initiative could not be pursued during sea turtle nesting season, as that project includes construction of two groins on South Lido to try to keep sand in place between renourishment projects. The nesting season lasts through October.

Work can take place during both daylight and nighttime hours from Nov. 11 through April 30, the opinion said. “If the [USACE or the City of Sarasota] chooses to begin construction early (November 1), construction will only be authorized during daylight hours up [to] and through November 11, to avoid encountering nesting females and emerging hatchling sea turtles,” the document added.

Nonetheless, the Siesta Key Association appeared ready to pursue a legal challenge it filed in the 12th Judicial Circuit Court in 2017, in an effort to prevent the USACE from dredging Big Sarasota Pass for the Lido project.

During the June  SKA meeting, Vice President Catherine Luckner pointed out that when Judge Lon Arend held a hearing in April 2017 on the verified complaint the nonprofit filed in January 2017, he made it plain that he readily would entertain a motion for an emergency injunction to stop the dredging until the case could be heard. However, the SKA cannot pursue a hearing until after the Florida Department of Environmental Protection (FDEP) has issued a permit for the Lido project, Luckner explained.

Representatives of the nonprofit Save Our Siesta Sand 2 (SOSS2) and the SKA have stressed that they are in complete support of a renourishment project on Lido Key. However, they oppose the use of sand from Big Pass because scientific research has demonstrated the potential for extensive storm damage to Siesta Key without the protection the ebb shoal of the pass provides to the island. Additionally, they point to the fact that the pass never has been dredged; therefore, the operation would destroy seagrass and disrupt wildlife habitat.

“We have been advocating for a best project [on Lido],” Luckner told SKA members on June 7.

A ‘very bad’ situation on Lido

She also released a statement from City Manager Tom Barwin: “This is really good news, especially considering the dire condition of portions of the Lido Beach shoreline right now. With federal funding in place, we’ll be able to proceed with the long-term shoreline protection project in the near future.

Monitoring will be a significant aspect as well as having a thoughtful approach to maintain all of Sarasota County’s shorelines over the coming decades.”

On May 30, Sarasota City Manager Tom Barwin issued a State of Emergency on Lido Key because of intensified erosion of the shoreline as a result of Subtropical Storm Alberto.

On June 4, the City Commission affirmed its commitment to the Lido Renourishment Project, as required by FDEP — including its ability to provide its share of the funding. A chart provided to the board in advance of that meeting listed $13,020,000 as the federal cost-share for the initiative, with the city to pay $3,990,000 and the state to provide $3,990,000. The city’s funding would come out of an account holding Sarasota County Tourist Development Tax revenue allocated to the municipality for beach maintenance and renourishment efforts.

At the same time, city staff has been working with FDEP to obtain permission to dredge about 200,000 cubic yards of sand from New Pass for an emergency renourishment initiative on South Lido.

Thornburg, the city’s senior communications manager reported, that the city was just awaiting the Notice to Proceed from FDEP. A state permit allows the city and the Town of Longboat Key to alternate removal of sand from New Pass.

City Engineer Alexandrea DavisShaw has estimated that the emergency project could cost between $2 million and $3 million. In response to a question, Doreen Buonpastore, who handles TDT issues in the county’s Office of Financial Management, reported that the city had $3,710,408.33 in its TDT beach renourishment/maintenance account at the end of the 2017 fiscal year.

Earlier this year, the City Commission voted 3-2 to keep $2.5 million of that money set aside as an “insurance policy” in the event that damage resulted from the long-term renourishment project on South Lido.

In response to a question about how the USACE announcement would affect the short-term project plans, Thornburg wrote in her June 12 email, “We’re not clear at this time how the short-term and long-term projects would be coordinated or possibly merged.”

More on the cigarette litter campaign