Is the Holiday Season really over?

Have you eaten all of the 25 itty bitty pieces of chocolate that were in your Advent Calendar? Did the 12 days of Christmas flash past and you never saw even one partridge in a pear tree, let alone eight maids a-milking? Have all your hanukkah candles burned down? Well, twenty-five pieces of chocolate really is too fattening (especially if you ate them all on the first day of Christmas), twelve drummers drumming would give anyone a headache, and cleaning wax off a tablecloth is a real chore. So, how to extend the holidays for a few more months while really enjoying it all? How about celebrating the arts during January, February and March?

Seven local artists are having an open house (open houses?) on January 5th, February 2nd and March 2nd. You may go to their joint website at Sarasotavisualartistsstudios.com, to find out where their studios are located. Then, if you are wish to proceed further, you may visit any, some, or all of them on any of those dates between 11 am and 4 pm.

Who are these local artists and what kind of art do they create? If, when you’ve been reading local magazines, you’ve seen outstanding photos of people, places and things, odds are that you’ve already seen the art of photographer Barbara Banks. Been to some of the exhibitions in the lobby of the Art Ovation hotel? Then you might have seen the work of Bill Buchman (or heard him there, he plays a mean jazz piano). Visited art galleries in Naples or Miami? Dasha Reich exhibits her colorful, multi-layered works of art in those cities. Been in stunning office buildings or homes lately – they may have been designed by Michael Halflants.

One of the nice things about following an artist is that their work is ever changing: Picasso had his Blue, Rose, African Art, Analytic Cubism, Synthetic Cubism, Surrealism, etc. periods (two different periods of cubism – Wow, who knew?). Dali went through Realism, Surrealism, Cubism, Dada, and Modern. And so it goes. Artists either get bored doing the same thing over and over, or they are intrigued by something and go off on a tangent. Either way, they are always doing something new.

Visit the artists’ studios, a couple at a time over the next few months, and spread out the joy. 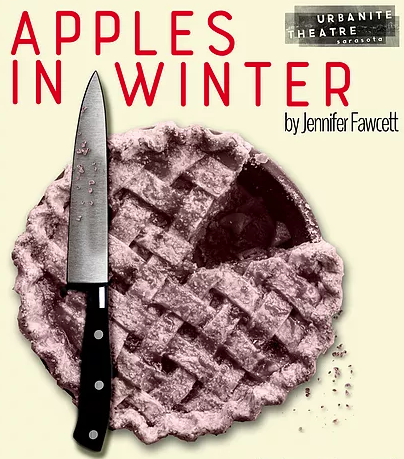 Ah, but then the question is always, which edge is sharper? In January, two theaters are presenting cutting edge plays. Florida Studio Theatre’s Stage 3 Series at the Bowne’s Lab Theatre on 2nd Street is presenting Robert Askins’ Hand to God, January 16th – February 8th – and the Urbanite, also on 2nd Street, is showcasing Jennifer Fawcett’s Apples in Winter, from January 11th – February 17th. There is nothing like puppets and apple pie to make one think of the good times in old time America.

Well, think again. Tyrone, the Stage 3 hand puppet in Hand to God, starts off well enough, in the basement of a church in a small town in Texas. Well enough for Jason, whose hand Tyrone sits upon. But, as with so many creatures, Tyrone begins to have a mindlessness of his own. Spoiler Alert: the playwright took part in a hand puppet ministry in a small town in Texas, so he kind of knows what he is writing about. While some theatergoers like the heady experience of an Off Broadway show, others prefer the solid acclaim of a Tony nominated Broadway hit. Hooray for everyone – Hand to God’s two Off Broadway productions were in 2011 and 2014 while it ran in its Broadway production at the Booth Theatre in 2015 (5 Tony nominations including Best New Play). Isn’t it really great the way Sarasota gets real New York hits with top actors, play after play?

The sun rises late and sets early in winter, which is fitting, as Apples in Winter is a bit noir – just right for the season. One really couldn’t call this play a culinary thriller but it is about a mother who bakes a pie for a killer. It could be called a “Yes,but” play – something happens and we do form definite opinions. Then more information is provided and we go “Yes, but”. Sort of like real life where nothing is really black and white, just various shades of gray. This is the kind of play that stretches our fixed beliefs – until something snaps.

Awards. Did we mention awards? Both of these playwrights have been nominated for, and have won, all kinds of awards, including some you haven’t even heard of – like

the National Science Playwriting Award. But wait, this is not some hokey little prize, it was from the Kennedy Center in Washington. More information about both plays at Urbanitetheatre.com and/or at Floridastudiotheatre.org. 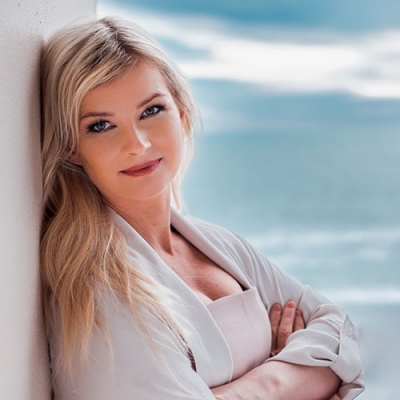 It’s the beginning of the new year, but that doesn’t mean you need to have an empty calendar. Really, it’s time to start filling it up. Besides visual art and theatre, Sarasota is known for its music. The problem is, too many people know of it and a number of the Sarasota Orchestra and Chamber Series dates are already sold out. The solution – check their web site for available performances – Sarasotaorchestra.org. Currently the following January and February performance dates are still available. January 4-6, the Orchestra performs Mendelssohn’s lovely Overture to A Midsummer Night’s Dream, Schumann’s Spring Symphony and Shostakovich’s Violin Concerto, No. 1; January 17-20 brings back Emanuel Ax (Sarasota loves him) playing Beethoven’s Piano Concerto No. 1 with the Orchestra. Verdi and Prokofiev’s Symphony No. 5 are also on the program; January 31-February 3 has violinist Viviane Hagner playing on both Saint-Saëns’ Introduction and Rondo Capriccioso and Vieuxtemps Concerto No. 5. Gershwin, Barber and Bernstein round out this evening with the Orchestra; One of the Orchestra’s upcoming special events takes place on February 9th when members of the Orchestra join forces with the Sarasota Youth Philharmonic at Neel Auditorium. They will be playing works by Beethoven, Haydn (his cello concerto), Tchaikovsky and Dvořák; Glowing chamber works performed in the late afternoon of February 10th (Telemann’s Quartet in D Minor and Vivaldi’s The Four Seasons) should let you out in time for a glowing sunset across Sarasota Bay, as the sun drops down over Longboat Key; February 21-24 has the Orchestra performing seven different showstoppers – probably to showcase the conductor (Anu Tali) – as she cranks out hits by Glinka, Strauss, Mascagni, Grieg, Dvořák, Glazunov and Ravel (his Boléro, what else). Probably some nice encores as well. February ends (on the 28th) with a Chamber evening with a Dvořák trio (Terzetto) and a chamber orchestra piece – Mozart’s Serenade in B-Flat Major (Gran Partita).

What to do when performances of the chamber series are sold out? Not what we should do, but what they, the Orchestra administration, should do. Two solutions come to mind. Perhaps hold some performances at the Riverview Performing Arts Center or Neel Auditorium (the Orchestra does), both are really nice venues. Or simply schedule additional performances a day or so later – and, since more tickets will be sold, pay the chamber players a bit more.