A Great Day for Sarasota 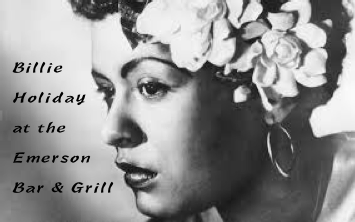 The singer, Billie Holiday, had, one supposes, a number of great days. Great, in that she was famous. Great, in that she wrote the music and lyrics to a number of songs that are still sung around the world years after her death. Great, in that even after being jailed on drug charges, she could sell out Carnegie Hall – three times. She even won four Grammys – but only after her death. So the word Great is really quite subjective – being sent to a reform school at age nine really isn’t so great. But then you could say that she, herself, was great even if so many aspects of her life were not. Living one of those horrible young lives that no one is expected to survive – and surviving. Just surviving was something that so many others, in the same circumstances, were not able to do.

But beyond surviving, Billie Holiday, with no musical training, made her first recording at the age of 18 with Benny Goodman and was compared favorably to Louis Armstrong as a jazz musician. And, while singing without adequate compensation was not so great for Ms. Holiday, it was really great for the record companies – some of which she saved from bankruptcy. And it is undeniably great for Sarasota that the Westcoast Black Theatre Troupe is presenting the Broadway’s smash hit Lady Day at Emerson’s Bar & Grill from February 28th thru April 8th. Also great was the ability of WBTT’s founder, Nate Jacobs, to get the Tony Award winning singer/actress Melba Moore to take the lead in this production as Billie Holiday. Hearing her interpretation of these jazz standards will be a treat indeed. Ms. Holiday co-wrote the music and lyrics for three of the songs Melba Moore sings: Somebody’s on My Mind, Don’t Explain, and God Bless the Child. Moore will also sing the haunting song Strange Fruit as well as When a Woman Loves a Man, What a Little Moonlight Can Do, Crazy He Calls Me and others.

Rounding out WBTT’s spring season – April 18 – May 26 – will be a new Nate Jacobs musical review, Soul Man, covering the music of James Brown, Otis Redding and Sam Cooke. More info on these shows at Westcoastblacktheatre.org.

Three’s a crowd? No, the more the merrier 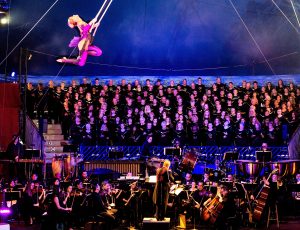 There are many circuses headquartered in Sarasota. One of the biggest, best and most merry is Circus Sarasota, under the leadership of Pedro Reis and Dolly Jacobs. They bring together some of the best circus acts that travel the world. Acrobats, jugglers, speciality acts and trapeze artists perform their feats of artistry and daring under their own tent until March 4th and then again in encore performances March 23, 24 and 25. Another must do for residents of Sarasota and snowbirds alike is to attend performances of the Sarasota Orchestra and their individual members. Each year, as Sarasota’s instrumental artists have matured into a cohesive body, one can see their skills expand. These musicians will be performing in March in various combinations of players and on a number of different stages throughout Sarasota, including March 23, 24 and 25.

More and more venues host tribute bands, singers and orchestras. They focus on one artist or group and perform a wonderful selection of songs and compositions. The Cleveland Orchestra recently did an all Beethoven concert at the Van Wezel – they certainly are a great tribute band – Beethoven would have been proud. In a more contemporary vein there will be a performance in Sarasota of the music of Danny Elfman, composer of music for scores of films and TV shows – Batman, The Nightmare Before Christmas, Edward Scissorhands, Pee-Wee’s Big Adventure, Mission: Impossible, Mars Attacks!, and the theme for The Simpsons. His music will be performed March 23, 24 and 25.

A mainstay of beautiful music within and around Sarasota has, for years, been the Key Chorale. With over 120 members blending their voices, they create a unique sound that can almost defy description. Coupled with members of the Sarasota Orchestra playing the music of Danny Elfman in this year’s performance of Cirque des Voix, the Key Chorale in conjunction with Circus Sarasota will, on (you guessed it) March 23, 24 and 25, create a three day musical extravaganza, at the Circus Sarasota Big Top located in Benderson Park (the box office is in the center of the mall). Ticket info is at CircusArts.org and more information about the Key Chorale is at KeyChorale.org. By the way, did you know that the French impressionist composer Claude Debussy has been dead for 100 years? In honor of his death the Key Chorale will be performing compositions by Ravel, Fauré and Duruflé at Holley Hall the afternoon of March 10th. Oh, also “Trois Chansons” by Debussy. 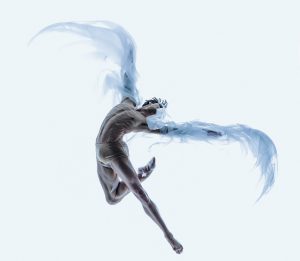 Kurt Weill’s September Song contains the words ”It’s a long, long while from May to December” but here we are only referring to the time span from the beginning of March to the end of April – not very long at all. Which is exactly why, when one is purchasing tickets, time is of the essence. On March 2nd and 3rd the Sarasota Ballet is preforming Dreams of Nature, containing two Sarasota premieres, at the Van Wezel Performing Arts Hall. The first is Sir Frederick Ashton’s The Dream, choreographed to some of Felix Mendelssohn’s most dreamy music. This Ashton ballet was written for England’s Royal Ballet to commemorate the 250th anniversary of Shakespeare’s birth (or perhaps the 198th year of his death – who really knows?). This ballet is based on scenes from Shakespeare’s, A Midsummer Night’s Dream. The second ballet of the evening is David Bintley’s ‘Still Life’ at the Penguin Café. At that time Bintley was resident choreographer at London’s Covent Garden and the piece incorporates the music of Simon Jeffes, founder of the Penguin Café Orchestra. ‘Still Life’ is a series of vignettes portraying how various near extinct animals (thus “really still life”) might dance if they were accomplished ballet stars. How would a Texan Kangaroo Rat, Southern Cape Zebra, Humboltd’s Hog Nosed Skunk Flea or a Brazilian Woolly Monkey dance while on stage at the Van Wezel? Only those in attendance will know.

Come the end of April (the 27th and 28th to be specific) the Sarasota Ballet will be performing a three-some called Great Masters of Dance at the Sarasota Opera House. Continuing with the comparison to old songs, Johnny Mercer’s Autumn Leaves (The autumn leaves of red and gold) transitions nicely to Anthony Tudor’s The Leaves are Fading with music by Antonin Dvorák. Mercer’s music is lovely but Dvorák’s is not bad either. This will be followed by George Balanchine’s Bugaku with music by Toshiro Mayuzumi. Bugaku is the dance portion of Gagaku, the elegant 10th century stylized dance and music that arrived in Japan from China and Korea in the 6th and 7th centuries. This classical Japanese music has been performed at the Imperial Court in Kyoto since that time. Rounding out the evening will be Ashton’s Marguerite and Armand with music by Franz Liszt. More info at sarasotaballet.org.

Learn from the Masters