Spend a day on an island 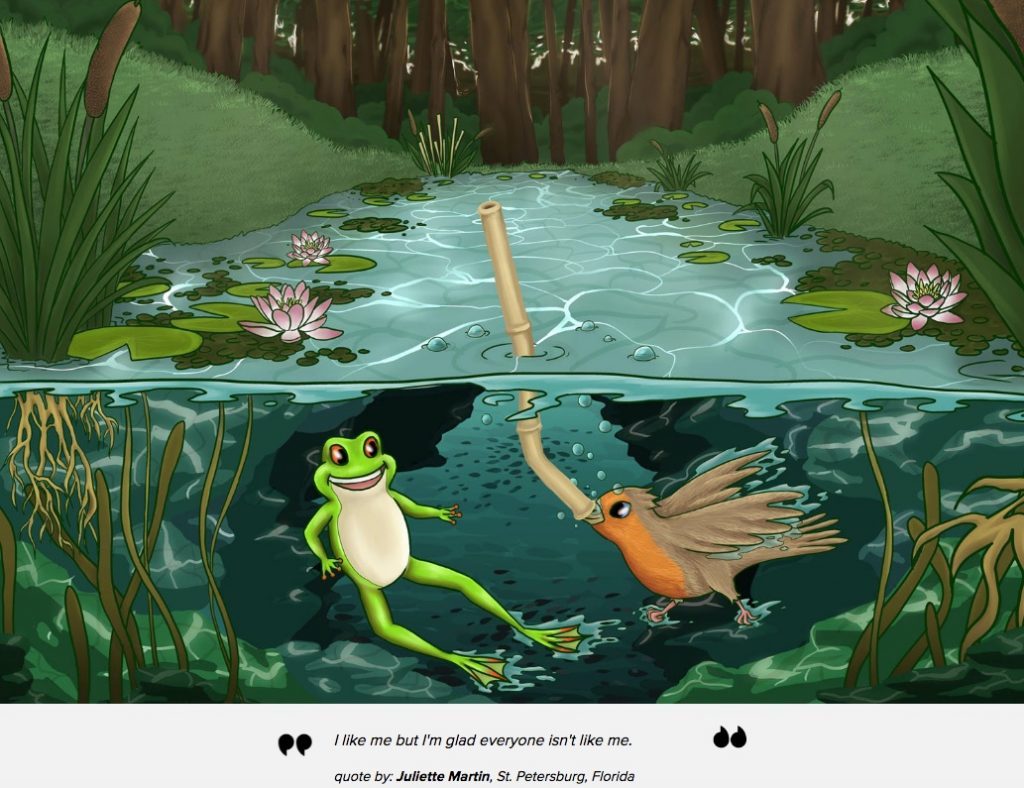 February and March provided us with many cold days this year. Perhaps Mother Nature was just showing us, in her fun way, how lucky we are to be in Sarasota. Lucky because it sure was cold, snowy and blowy up north where they have cold,snowy weather with high winds for much longer than we do here.

So, where to go, Iceland? If you translate “Iceland” into any Scandinavian language, it means island, which is what it is. But no, too cold this time (any time) of year. How about Hong Kong? No, way too expensive. That leaves only Island Park (which is actually on a peninsula, but who’s counting) here in Sarasota. Yes, from April 4th until the 1st of June, Island Park (also known as Bayfront Park) is the place to go. And also to stay for a few hours, as there will be 45 large billboards placed there for Sarasota’s 15th Embracing Our Differences exhibition. This year’s theme is “Enriching lives through diversity and inclusion.”

Enriching? Well last year 212,000 visitors walked around the park viewing the really large mural like billboards. Those people certainly felt enriched.  Diversity? This year’s 8,325 entires of paintings and inspirational thoughts come from as far away as the Ukraine, Bangladesh and 96 other countries. Inclusion? Submissions came from children in Russia, the Philippines, Iran, the Netherlands and all around the world. Each painting / collage / drawing / etc. on the billboards is paired with a quote filled with meaning, love, and hope. While some of the paintings and quotes are from other countries most are from elementary school students in our area – from St. Pete down to Northport, with the majority coming from students right here in Sarasota. Pictured, is the digital painting “Together” by Bente Schoone of the Netherlands, which is paired with a lovely quote by Juliette Martin of St. Petersburg (the one in Florida).

The setting for this exhibition is quite special, especially this time of year. There should be spring breezes, summery blue sky and pleasant temperatures as you traverse the undulating hillocks that contain the paintings – all surrounded by water. On the Island there are sitting benches, swinging benches, a children’s playground with fountain, and at the tip of the island, the dolphin fountain with the Ringling bridge as its backdrop. And, should you get hungry, there is O’Leays Tiki Bar and Grill, just a few steps away from the water on the south side of the island. 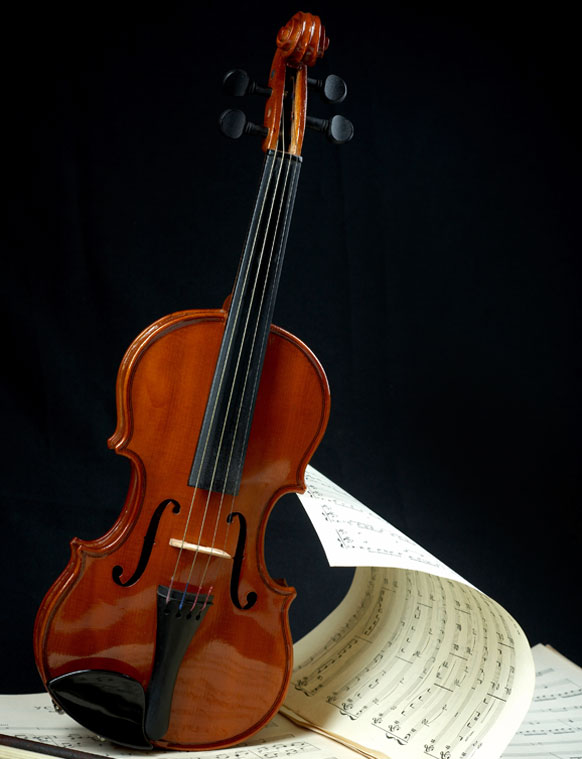 April certainly is a choice month, but we’re talking musical choices – and there are so many. The La Musica Music Festival is flexing its muscles again with four + two + twenty-four + one musical events. There are four concerts being held at the Sarasota Opera House. We’re talking Mozart and Glazunov string ensembles and a Schubert piano trio at 8 PM on April 9th / a Mendelssohn string quintet, a Rachmaninoff trio and a Popper requiem for piano accompanied by one two three cellos at 8 PM on April 12th /  a Paganini concertante, a Castelnuovo-Tedesco quintet for guitar and string quartet, and a Shostakovich piano quintet at 3 PM on April 15th / Bernstein (100th year of his birth) and Brahms trios and a Schubert string quintet at 8 PM on April 18th. Wow!

So who are some of the players of these great works? That is where the two special events come in – between 5:30 and 7 PM on April 11th one can mingle with, and meet, some of these artists at the Dolphin Aviation Hanger north of the airport on N. Tamiami Trail. This means wine, light bites to eat and a mini concert. Fun! Some of the artists appearing at the festival are Federico Agostini and Ruth Lenz – violin, Bruno Giuranna – viola, Antonio Meneses and Christine J. Lee – cello, Jason Vieaux – guitar and Derek Han – piano. The second special event is on April 14th at 6 PM at Michael’s Wine Cellar. There will be an interactive dinner with some of the La Musica artists leading guests in cooking demonstrations as they, together, create that evening’s meal (wine included).

How do these diverse musicians prepare for these concerts when they live in so many different places? They rehearse at twenty-four different times over eight days at two different venues – the Sainer Pavilion at New College and at Felding Hall at the Sarasota Opera House. And you may attend any or all of these sessions. Bigger Wow! And on April 10th at 4:35 PM there will be a panel discussion, “Sources of Inspiration” with musicians Giuranna, Lee and Meneses and the composer Jerry Bilik. Yes, there is one panel discussion and it is free following the last rehearsal of that day at the Sainer Pavilion. Rehearsal times and much more descriptive info is at www.LamusicaFestival.org. 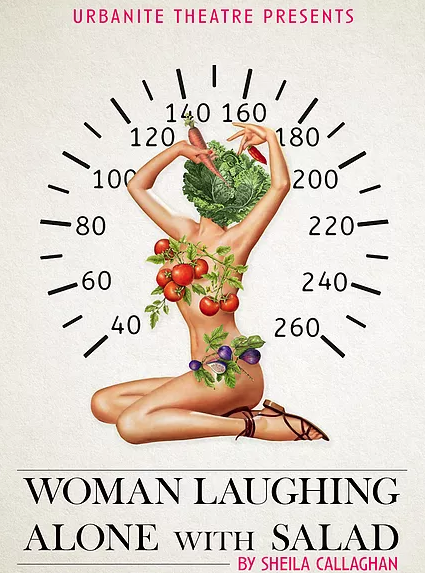 They say that a picture is worth a thousand words. But what if it’s a few pictures? And, on the other hand, what if the pictures are all about the same thing? Perhaps that means multiple thousands of words about the same thing – as in a play. And, to some degree, that is what this is all about.

A number of reviews about the play “Woman Laughing Alone with Salad” ask a question: Is this the first play based upon an internet meme? Out of deference to readers who may not be familiar with that term, a meme (noun) is “an element of a culture or system of behavior that may be considered to be passed from one individual to another by nongenetic means, especially imitation.” So an internet meme would be “a humorous image, video, piece of text, etc., that is copied (often with slight variations) and spread rapidly by Internet users.” Sort of like funny cat videos, except the cats are women. And they’re laughing. Alone. With salad. On the simplest level we have all seen thousands of “Good Housekeeping”, etc. images of these women. But those images were serious, accompanied recipes and were not meant to elicit a sly smile – so they were not memes. However, when an internet site, The Hairpin, put some of them together on a wordless blog, hundreds were quickly added and had hundreds of thousands of views. Like cat videos. They were no longer just photos of women showing extreme joy in situations that could not justify such emotion, but wordless commentaries about how women are stereotypically depicted in the media – and by men, and women, in real life.

This play, by Sheila Callaghan, shows these stereotypical situations to great success. The object of this play is not to make you laugh, but to make you think. However, from a multitasking standpoint, laughing while you think is a good and noble thing. Rather than just smile at some photos, why not laugh out loud while attending a performance of Woman Laughing Alone with Salad, at the Urbanite Theatre, most any evening between April 6th and May 16th. More information at www.UrbaniteTheatre.com. And just to make life a little more interesting, there is a staged reading of a new play, Boy, on April 15th – 16th, that you might enjoy.

Bartender of the Month – April