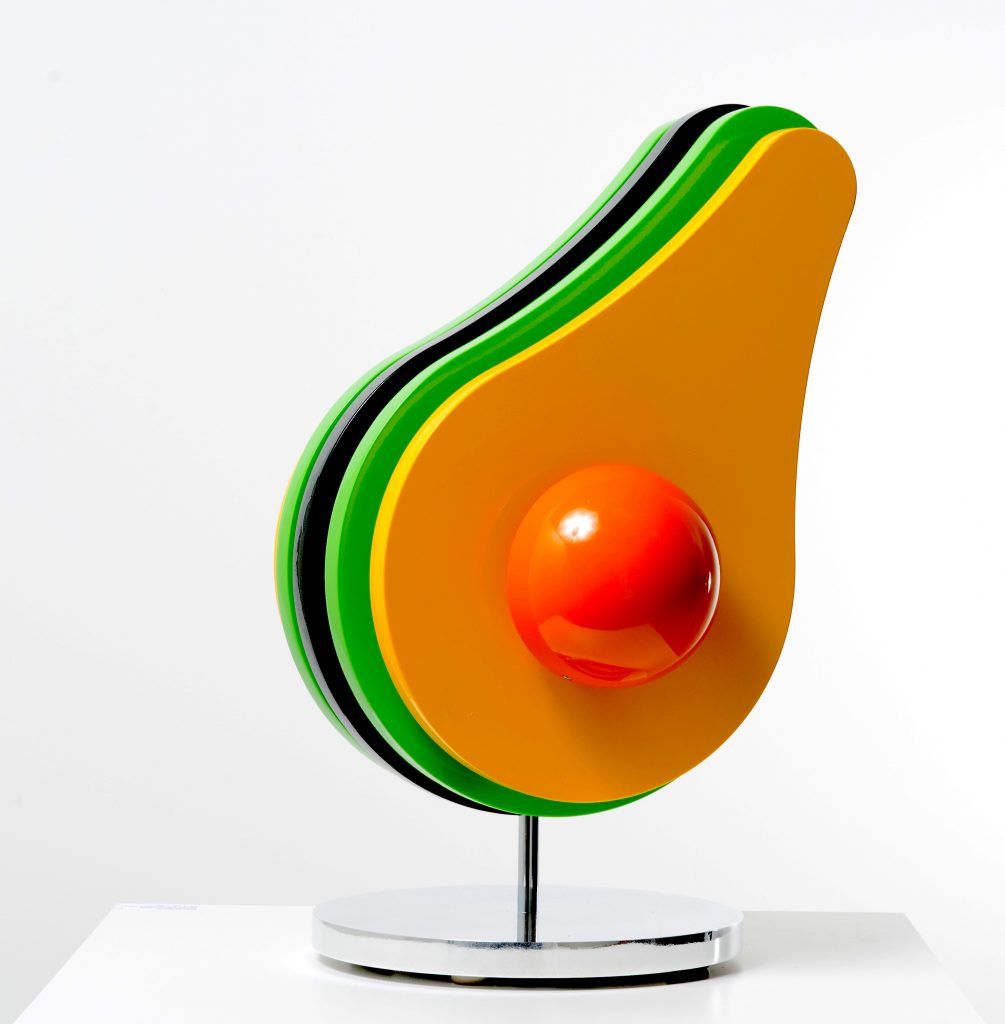 Yes, Solo in Italian means “sun” while in English solo means “alone.” And in the art world “solo” means showing the work of an artist who is a star (sun), but not next to the work of any other artist (alone), This definition is quite apropos for the new installation – Solo Blanco – at the Alfstad& Contemporary Gallery on 5th Street between Central and N. Lemon Avenues. From when you read this until the 19th of May, small, intermediate and large works by the Venezuela-born artist, and long-time resident of Sarasota, Jorge Blanco will be on display.

And when referring to the works of Blanco, “play” is the operative word. Not that all of his sculptures are funny (although some are), but some are simply playful. Take an avocado. Yes, take one, not just because they are good for you and also taste great, but because Blanco’s look great. Actually better than any avocado you’ve ever seen in your life. And his watermelon…and carrots…and tomato – one can imagine Fresh Market, Lucky’s or some other store that sells fresh produce buying one of each sculpture for every one of their stores – at least in Sarasota. While his avocado or watermelon can be displayed on a table or pedestal in your living room, some of his pieces are a bit larger. One of them (14 feet tall) barely fit through the Alfstad& gallery door. Another, even larger abstract piece, is so big that the City of Sarasota is going to display it at the intersection of Ringling Blvd. and Orange Avenue and then build a roundabout surrounding it so that cars don’t bump into it. Other, more playful pieces, may be seen on N. Tamiami Trail between the Sarasota Art Center and Municipal Auditorium (The Runners), on Boulevard of the Arts (Smile) and in the courtyard of Gulf Gate Elementary School (Cartwheel). His intermediate size pieces are great for putting around the pool, on your front lawn – right on top of where you buried your first spouse – or next to your key lime tree. The nice thing about these sculptures is that, if you have an SUV, you can take one home (I think they might even install it for you).

If Juan Miro, Auguste Herbin or Pablo Picasso were alive right now, what phases would they be going through? Perhaps they would be copying Blanco in either his playfully abstract-representationalist phase or in his semi-representational playful abstractions. More information at alfstadand.com. 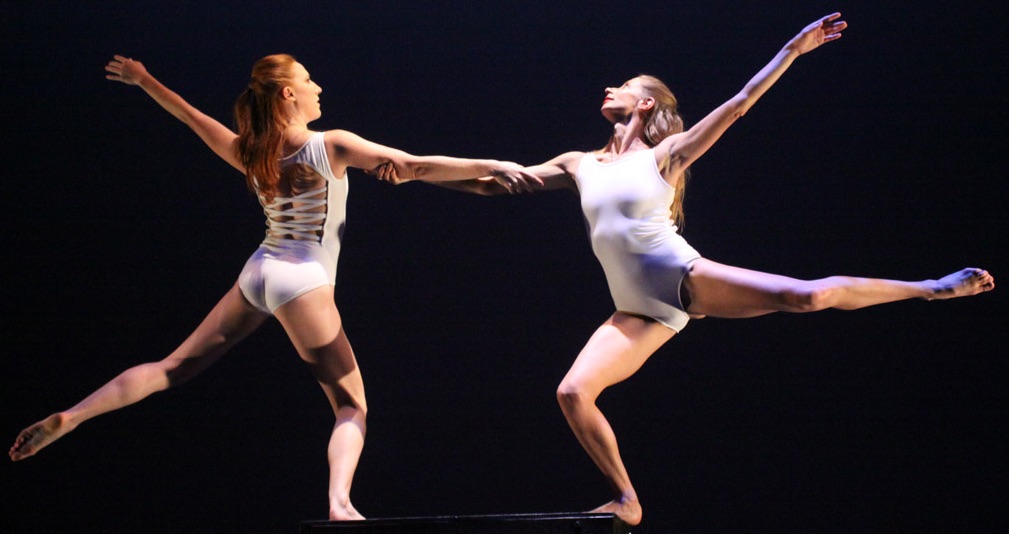 Ed Smith Stadium is really the right size and shape for a baseball game. You get a good view of the action and can watch the players hit the long ball. Depending on how you choose to view a game, you can sit behind 3rd base to watch the start of a double play, along the 1st base line to watch players being picked off as they try to steal 2nd, or behind the catcher and fantasize about being the batter. But where is the best place to sit to see all of the real action? In any one of the eleven rows in the Cook Theatre at the FSU Center for the Performing Arts, while watching a performance by Sarasota Contemporary Dance. Action is what contemporary dance is all about – tension, movement, stress – incorporating the traditional leg work of ballet but with more upper body work, often more angular than soft. Ask any honest sports trainer and they will tell you that ballet, modern, and contemporary dance are all more demanding, physically, than baseball or football. But beyond that, contemporary dance can be lyrically beautiful to anyone watching a well choreographed work. And the performances this May have been created by seasoned choreographers that have worked with this troupe before and know all the strengths and abilities of the dancers. After training with SCD’s founder and director, Leymis Bolaños Wilmott, these new choreographic talents –  Diamant, Gillespie, O’Neal, Fidalgo and Cardinal – have gone on to work with other dance companies and to create new works to bring back to Sarasota.

In its 12th season, Sarasota Contemporary Dance (an outgrowth of Fuzión Dance, which had its beginnings at FSU in 2000) has a new iteration of its Evolving / Revolving series entitled Reaching New Heights. There will be four performances on 10 thru 13 May. Interested in getting more involved in contemporary dance yourself, or know someone of any age who could enjoy, or benefit from, dance workouts and training between now and the end of July? Then review performance times and what SCD has to offer at sarasotacontemporarydance.org. 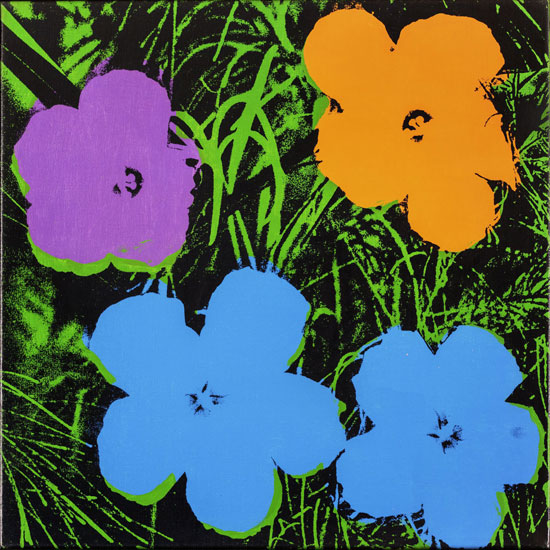 If, as he said, everyone gets their own 15 minutes of fame, Andy Warhol would be equal to over a million people – and that is just counting the time since he died. Born in Pittsburg (nothing wrong with that) in 1928, Warhol would have turned 90 this coming August. And the best way to celebrate one’s 90th birthday is to have a show or exhibition created in your honor. Being a first class exhibitionist, that would certainly have appealed to Andy Warhol. But what would be the theme? Illustrating shoes and designing LP record covers were a couple of his first jobs. But designing the cover for a 16 RPM Modern Jazz Quartet LP for Prestige Records, (when there were never any 16 RPM record players) does not quality an artist for even one minute of fame. It was Warhol’s silk screen phase that brought him a boatload of fame (and money) with his images of Marilyn Monroe, Campbell’s soup cans and big bodacious flowers.

So a theme of big bodacious flowers has become a full scale exhibition at Sarasota’s Selby Gardens with “WARHOL: Flowers in the Factory” thru June 30th. The Factory, in New York City, was Warhol’s fabrication, exhibition gallery, film studio and party space. The first iteration of the Factory was on the 5th floor of an office building on East 47th street (rent $100 per year). It is some of these silk screens, done by Warhol in the 60s and 70s, that have been reproduced and expanded upon, in the form of living plants and flowers, which appear in various settings throughout Selby’s glass conservatory alongside the their breathtaking orchid collection. These displays continue along the pathways that wind their way around the luxurious gardens leading down to Sarasota Bay and the Payne Mansion. Inside this museum are archival photos of Warhol and his friends from the period when the original prints were made. And six of Warhol paintings and silk screens are on display along with some of his floral-inspired works from the 1950s.

While Warhol’s Factory in NYC is long gone, some of its fun aspects are being recreated during Warhol Nights (6:00 – 9:00 pm). On May 16th Florida Studio Theatre is bringing its Improv Troupe to the Gardens to poke fun at all things poke-able. June 16th will feature a special performance by members of the Sarasota Music Festival. Also in June budding artists can create their own Warhol inspired art at Andy’s Art Factory. More info at Selby.org.

32nd Annual “Run for the Turtles” on Siesta Key Beach