Music is busting out all over 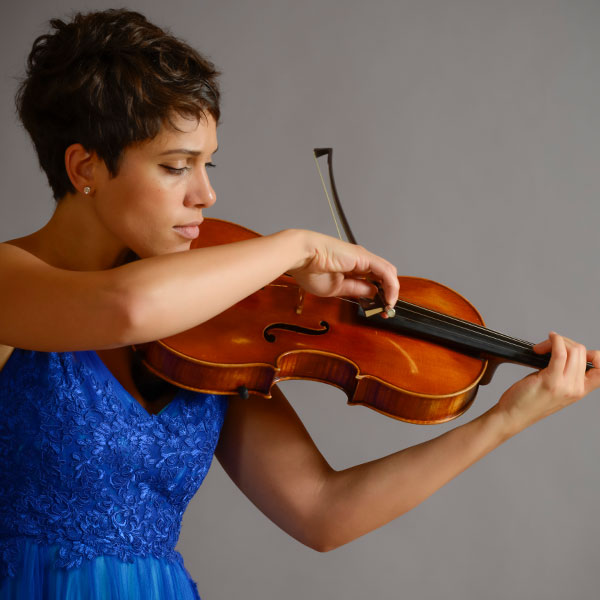 Musical compositions are gems so June is dazzling, thanks to the Sarasota Music Festival, as old favorites and lesser known pieces are played by the Sarasota Orchestra, and by up and coming students of the invited faculty. Do you like Andre Previn’s dreamy, lush, sparkling mood pieces illuminating the poetry of Toni Morrison when sung, and played on piano and cello? It is on the first festival concert, June 7th.

The definition of a non-musical bagatelle is “something of no importance” while in musical terms it is “an unpretentious piece.” Six of them (as written by György Ligeti) make a tasty sandwich in between a Mozart Piano Quartet and a Shostakovich Piano Trio on June 14th. A different program has Robert Levin and Jeffrey Kahane performing two Schubert piano duets in between a dreamy Sonatine for Flute and Piano by Gieseking and a Piano Trio by Beethoven. Good stuff.

In honor of summer, that particular movement from Vivaldi’s Four Seasons will be played (admittedly two weeks early) along with his Concerto for Two Cellos. Yes, with two Bach pieces on the same program. But, since it is still technically spring, Copland’s Appalachian Spring will be performed the following Friday along with Darius Milhaud’s Creation of the World. On YouTube, Dohnànyi’s Serenade for String Trio has been played in 11 minutes 42 seconds and in 21 minutes and 44 seconds. The longer version was quite pleasing; it will be interesting to hear how the version on June 22nd plays out – along with the longer and much longer Mozart and Brahms pieces that accompany it

There is only one Debussy piece on any festival program but the one that appears is Prelude to the Afternoon of a Faun. There’s no denying the power of the piano and flute, in the duet version, as they weave their notes together, but the lushness of the original orchestra version is truly magical. The Sarasota Orchestra’s rendition on June 9th should glisten – along with their playing of the Bruch Violin Concerto and Mozart’s Symphony No. 39. Three piano concertos and three serenades appear during the festival and there is one of each on June 16th – by Saint-Saëns and Tchaikovsky. Both follow an Overture on Hebrew Themes by Prokofiev – all with full orchestra. Now, a trick question: How many times have you heard Robert Sirota’s Luminous Bodies? The answer is, unless you’ve been inside his brain, zero. This can be rectified on the last symphonic night (June 28th) when it is bracketed by Mozart and Schumann. Go to SarasotaOrchestra.org to check dates, performance details, master classes and Rising Star concerts.

That trail of breadcrumbs leading into the woods 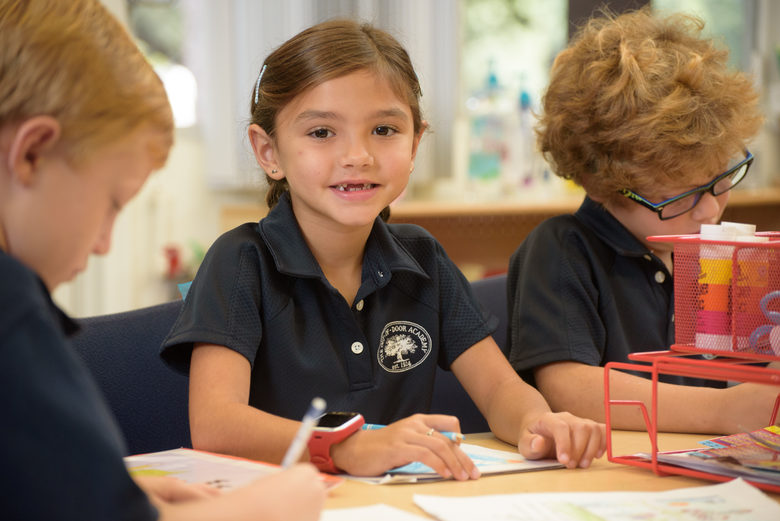 And what to do with the kids and grandkids this summer? That’s always a question – at least until the girls are 23 and the boys are ??. But let’s focus first on the young ones and what you can do together. The number one choice is Jungle Book at the Asolo Rep. This is a world premiere of the Rudyard Kipling tale by the same folks that brought 20,000 Leagues Under The Sea to Sarasota last year. It will be a mixture of live action, film, anime and fun – sort of like Jumanji, but you and your kids are in it – Asolorep.org.

If your youngsters, aged 6-13, are restless perhaps a week at Sarasota Contemporary Dance’s “Intro To Dance” program in July will help them let off steam – as if we need more steam this summer – SarasotaContemporaryDance.org.

Kids older and a bit more focused? Then the Young Performers Company for ages 12-17 at Florida Studio Theatre will give them the tools needed if they have an eye to being in / involved with all aspects of theater. If the theater is an attraction no matter the age, then their Little Theatre (4-6), Children’s Performing Arts Camp (7-12), and Intro To Theatre-All The World’s A Stage (7-12) will help them to act out their dreams – google FST Summer Camp. The nearby Players Studio runs two, 4 week long summer camps with students learning both performing and technical elements of theatre with a full show staged at camp’s end. Multiple one week mini-camps are also offered – Mermaids, Star Wars, Zombies and Dr. Seuss are just some of their themes – Theplayers.org/studio.

Want to keep them in the arts but not perform? The Ringling College of Art and Design Summer Studios combine learning technique and building skills. Sessions are available for teens and tweens (and even adults) for half or full days. Sessions include Experimental Animation, Storyboarding for Animation, Character Design, Concept Sketching and more – ringling.edu/continuingstudies. One of the more comprehensive summer programs are the ones at The Out-Of-Door Academy. They offer a multitude of camps in the arts, STEM, and sports – Marine Biology, Narrative Illustration (create your own graphic novel), Tennis, Future Fashion Designers, Build and Fire Rockets and over two dozen others plus traditional Day Camps with sports, games and adventures. See ODA.edu/summer. 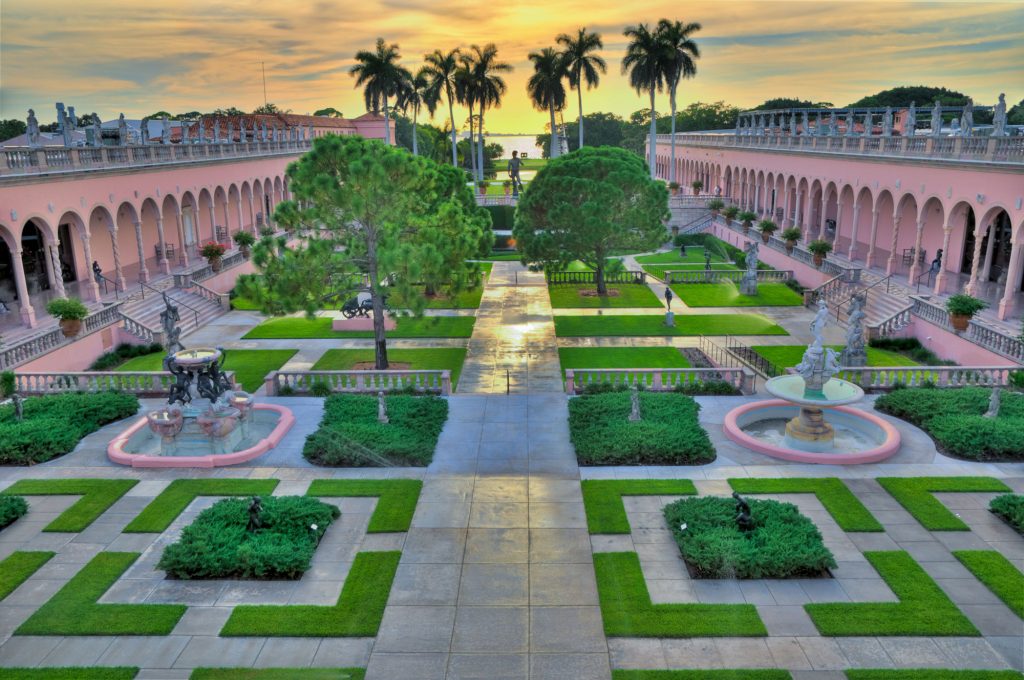 Yes, movie theaters are air conditioned, but eating all that movie theater popcorn is not going to keep you healthy, and seeing that movie more than ten times will probably do something to your neurological system. So, what is another way to keep cool June – September (or October – tell  me again when summer ends in Sarasota). One place with plenty of activities is The Ringling Museum. Some say that the circus is for children of all ages. The Ringling response is Summer Circus Spectacular 2018. There are two performances per day from June 12 – July 28 in the Historic Asolo theatre. Admission is reasonably priced and you can use your ticket stub to get a $5 entry into The Ringling’s Circus Museum. Plus, as with all Ringling activities, you get to stroll around under the shade of the exotic trees between the visitors center and the Ca’d’Zan. On the west side of Ca’d’Zan is Sarasota Bay which you can view from multiple vantage points.

While the circus is a treat, you can come back another day to see all the glorious art that is on permanent exhibition in the museum’s main galleries. And, until June 10th there is Branded/Unbranded which shows the subtle and not so subtle psychological affects of advertising. A Kaleidoscope of Color: Costume Designs runs till August 5th and shows sketches and watercolors paired with actual wardrobe pieces and historic photos of how some were used.

The outside of Ringling’s Ca’d’Zan is merely spectacular but the inside rooms are a fantasy land of the 1920s high life. While on tour within the home of John and Mable Ringling your favorite room will be……the one you’ve just been in. Bath tubs carved out of solid blocks of marble – really! So many paintings that they cover the ceilings with them. On additional days take in the Circus Museum which incorporates the Tibbals Learning Center, home to the 3,800 sq. ft. model of a 1920-30s circus with 44,000 (maybe more) individual pieces. Truly spectacular and worth seeing over and over again (especially when youngsters come to visit). See more at Ringling.org.

Siesta Key Bartender of the Month