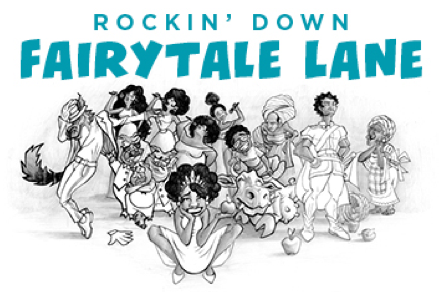 Back in the day, Mister Blue Eyes, Frank Sinatra, sang “Fairy tales can come true, it can happen to you, if you’re young at heart”. Can fairy tales come true, especially right now, in the middle of summer, in Sarasota? Perhaps, if you wish hard enough. And what would be better than a fairytale come true? Maybe a few of them all stitched together. The initial stitching took place back in 2016 when Nate Jacobs, Artistic Director of the Westcoast Black Theatre Troupe, wrote a musical for that year’s Stage of Discovery student summer Intensive. Sure, Mr. Jacobs could have had the teens put on Peter Pan or Charlie and the Chocolate Factory, but what would have been the fun in that? And since fairytales permit the imagination to run wild without regard to logic or the laws of nature, they are the perfect vehicle for keeping kids entranced during summer theatre workshops. That is how “Rockin’ Down Fairytale Lane” was born.

Of course, it is one thing to use the stitched together tales in a workshop and quite another to get the show in shape for a run of its own, with real live paying customers. That is where the elements of time and re-writing come in. It’s been two years now, with major changes, new songs and fun lyrics – enough to make the entire family sit back and have a good time. Family summertime fun, from July 25 – August 11, on stage at the Westcoast Black Theatre Troupe’s theater at 1012 N. Orange Avenue. Genies and Jive, the Big Bad Wolf and fried okra – something for everyone’s taste.

One of the best things about this rockin’ show is the cast. If you’ve been to the WBTT recently you’ve seen most of the actors / dancers / singers who are in this show. In fact, Earley Dean (The Piano Lesson), a Sarasota native, was performing here before there even was a WBTT. Henry Washington (50’s Juke Box Revue) is from Bradenton, Derric Gobourne (Stevie Wonder, and Breezy in Soul Man) graduated from Manatee High and Joshua Thompson (Harry & Lena) was a graduate of Sarasota High. Perennial favorites Ariel Blue (Avenue Q) and Ashley Brooks (The Sam Cooke Story) will also be starring in this production. Tickets and show times – Westcoastblacktheatre.org.

A bit further out on the horizon is an upcoming play with music, Lil & Louis, about Lil Hardin and Louis Armstrong. Jo Morello has been working on it and a staged reading at the WBTT is scheduled for spring 2019. Contact jo@jomorello.com for more info on the show and what you can do to help – be an angel.

There have been lots of Movements created in America over the last 250 years. Some, like Civil Rights and the Rainbow Coalition were created to end discrimination against minorities (even if the minorities were fairly large). Others, like the labor movement and women’s suffrage, were to provide rights to those that, even if they were in the majority, were denied their rights by others more powerful than themselves. A third type was, and is, the niche movement – small groups that had been shunted aside because they “probably weren’t very good” at doing what they were weren’t even allowed to try, even if trying hurt no one – Englishmen becoming chefs (actually that could be dangerous!), Icelanders being gardeners or women being artists. So, if Sigurbjörn Einarsson of the Garøoyrkjufélags Islands can become a master gardener, why can’t women be, not just allowed to paint, but celebrated when they do well? Thus, Petticoat Painters was formed in Sarasota back in 1953.

A number of very good movies have been made about great female artists and their trials and tribulations on their way to universal acclaim. Oh, you say Camille Claudel died a pauper in an insane asylum and Auguste Rodin became world famous? Yes, well, that was typical back then and why the Petticoat Painters banded together. Are things better now? Yes, but still not equal. And it is not just the artists who’ve suffered, art lovers have also lost out on seeing really good art. Why should we be denied seeing something beautiful just because some critic or administrator is, shall we say, a bit behind the times?

Limited to 20 artists, the Petticoat Painters will be having a show at the Basch/Smith Galleries (2363 Old Bradenton Road) at the Ringling College of Art & Design from June 29th – August 2nd. Opening reception on June 29th from 4-6 PM. More info at Petticoatpaintersfl.com and/or ringling.edu/galleries.

Doubleheader in July – Orioles vs. Yankees 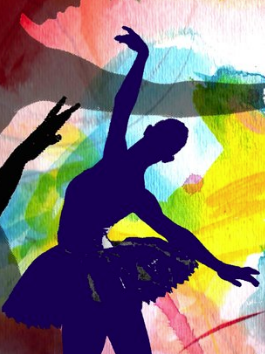 Due to the postponement of a game in early June, there will be an Orioles doubleheader at Camden Yards, in Baltimore, on July 9th. Price of gas too high for the trip north? Well then, how about a ballet doubleheader on July 28th when the Sarasota Cuban Ballet School has two performances at the Sarasota Opera House.

There are a couple / three things that are really top notch at the Sarasota Cuban Ballet School. The first is the level of instruction at all age levels. Overseeing all the classes are the co-founders, Ariel Serrano and Wilmian Hernandez, who defected from Cuba in 1993 and joined the Sarasota Ballet in 1994. They and their staff trained in the National School of Ballet system in Cuba and danced there and around the world (it seems everyone loves and respects Cuban Ballet) before settling here. The second nice thing is the fact that the students of SCBS get better and better. In addition to the Children’s Program there are separate classes for Young Dancers, another for Pre-Professionals and also an Adult Program. As the children get older and can absorb the required techniques they are channeled into a path that can lead them as far as they wish to go.

And, for those who really want to sharpen their skill set, there is each year’s Summer Intensive. This is ballet training of the highest order. Recent stars of Cuban ballet have been Sara Acevedo, Victor Gilí Méndez, Ana Julia Bermúdez and Luis Javier Fuentes and are now the teachers of the current crop of Cuban ballet stars. Oh, and they are also teaching the students in Sarasota, during 2018’s Summer Intensive, so there should be a high level of ballet at the Opera House. Dancing at the evening performance are Kalle Sascha Wigle of the Royal Swedish Ballet, Charlotte Tonkinson of the Royal Ballet and Ariel Martínez Fabré of the Cuban National Ballet. Sarasota Cuban Ballet School graduates coming back to entertain us are Francois Liorente (State Street Ballet), Emma Town (Nashville Ballet) and Lucy Hamilton (Ballet San Antonio). Sound like an International Ballet Extravaganza? Well, it certainly seems to be. Many pieces they will be dancing to are by Ariel Serrano and by SCBS’s resident choreographer, Tania Vergara. There will be more than 50 students dancing during the afternoon performance – a fun way to check out the school’s capabilities with your own rising stars. For more info about classes & tickets for July 28th, and future year’s Summer Intensives, check out SRQcubanballet.com.

Through the eyes of a Veteran