A young one visiting – or living with you?

December is a wonderful month – a time to do for the young ones. And the best way to do that is to show them how much you care. Of course, how much they weigh is in direct correlation with how you show your careingness. If they weigh less than 85 pounds, a sure bet is to take them north for a wonderful treat. No, not to the North Pole to watch the minimum-wage elves compete with China in producing all the outsourced toys that our children don’t need, but to Bradenton. 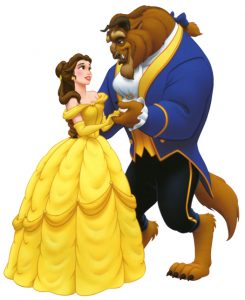 Bradenton? Yes, Bradenton – to see the Manatee Players production of Beauty and the Beast. Now, just because their web site gives the plot as follows: “An arrogant young prince {Trump} and his castle's servants fall under the spell of a wicked enchantress {Hillary}, who turns him into the hideous Beast….” does not mean this is a politically oriented show – November 8th is so last month. Rather, it is the Disney-fied version of the old French fairy tale originally written by Gabrielle-Suzanne Barbot (it is said by university professors, who must publish or perish, that the basis of the story goes back 4,000 years). Rick Kerby, the artistic director of the Manatee Players, does not speak ancient Greek, so has decided to go with the most current version of this tale.

In a way, Beauty and the Beast is very much the tale of a Cinderella – a not too well-to-do young maiden, two evil sisters, and a prince. Except this time it is a tale of redemption rather than that of an aristocrat with a shoe fetish. Why pay royalties to put on the Disney production instead of just adapting the original, out of copyright, version? Strong reasons are the wonderful music and beautiful songs. This was the Frozen of the 1990s and well worth introducing our children and grand-children to – and for us to see with them.

Kerby has scheduled the production for December 1st through the 18th, at Stone Hall, within the Manatee Performing Arts Center complex, (Wednesday and Thursday performances are at 7:30 pm, Friday and Saturdays at 8:00 pm and week-end matinees as 2:00 pm). With this schedule everyone will have plenty of time to plan their trip to this riverfront venue and to get their tickets on the web at Manateeperformingartscenter.com or via phone at (941) 748-5875.

Is your loved one or friend, one of a kind?

Of course, that is why he/she is so special. And what present does this unique person deserve this holiday season? That’s right, a one of a kind, unique, special treat. Ah, but where to find this special treasure? Or better still, a panoply of treasures for all of your special friends? Something done by hand is always a great way to show you care and the Sarasota Craft Show at Robarts Arena will feature exceptional works in ceramics, decorative fiber, glass, jewelry, leather, metal, mixed-media, paper, wearable art, wood, painting, photography and sculpture, by more than 100 of the nation's top artists, including 20 from around Sarasota. 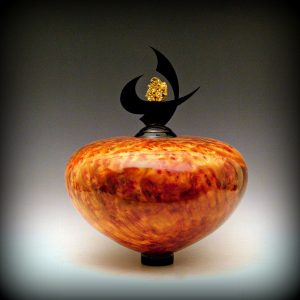 One always wonders where the artists get the wood for their turned and carved items. It’s nice to think “If only I could find wood like that, I too could make a museum quality piece, just like the ones they do.” – but one should not dream and drive at the same time.

All of this may sound like a lot to choose from, but, of course, that is the point. Naturally there is danger in having this many exceptional items in one place, and that is that you will want to buy two of everything – one for each special friend and one of each for yourself. The problem is that with these being hand-crafted, they are truly unique. But you, also being special, will find something that will be uniquely you, which you can buy as well. Or bring a friend so that they can buy it for you.

The group putting on this show, schedules five per year. One is in Washington, D.C., two are in the Berkshires and one is at the Brooklyn Museum. This is the only one this holiday season, so we can consider ourselves lucky that we can view these fine items without springing for a plane ticket.

Dates: On December 2nd, 3rd and 4th the Sarasota Craft Show will be at Robarts Arena at 3000 Ringling Blvd, just south of Fruitville Road, east of Tuttle. Show times are 10 am – 5 pm on Friday and Saturday and till 4 pm on Sunday. To preview some of the participating artists go to the bottom left of the home page at Sarasotacraftshow.com.

Shows for young ones are great, but……..

Is it time to rest and relax, if one can do that during the holiday season, with a little music? A great idea. To kickstart the festivities, an evening of The Sounds of Christmas performed by the Belle Canto Singers sounds just about right – as they always do. This is an acapella group of about twenty from here is Sarasota that will be performing on December 10th at the Glenridge Performing Arts Center (all groups mentioned here will be at the Glenridge). Moving from a cool Yule to cool jazz will be jazz guitarist Nate Najar. After finishing a gig at the Iridium in New York, and before playing at the North Carolina Jazz Festival, Nate will bring his quartet (James Suggs on trumpet, John Lamb on bass and Mark Feinman on drums), along with Dan Levinson on clarinet and featuring vocalist Molly Ryan, for Nate Najar’s Jazz Holiday (now in its 11th year). They will be playing great standards along with (hopefully) some original compositions on the evening of December 16th. While his playing may be electrifying, his guitar is acoustic. Back-to-back with Mr. Najar will be the Pine View Jazz Band on Dec. 17th. This small band will be bringing their big band charts to produce a big band sound in this intimate auditorium.

Moving past New Year’s Eve brings us to January 4th when Louise Pitre brings her show, Chasing Rainbows – The Music of Judy Garland, to Sarasota. Ms. Pitre, Canada’s first lady of musical theatre, received a Tony Award nomination for her role as Donna in the Broadway production of Mama Mia! and will bring that verve with her. A bit more than a week later (Jan. 13) there will be another Canadian invasion. This time it will be a really explosive duo – Hunter & Doe (not their real names) – who previously performed together in the Tony/Grammy award winning musical Once. They will be melding their love of Celtic folk and soul/jazz/pop as they dance, play (violin & guitar), and sing. Planning ahead to later in January – and like contemporary folk music. Try Wild Carrot on January 17th.

The Glenridge is a small comfortable gem of a performance venue on 7333 Scotland Way. Take Honoré Road south from Clark Road and Scotland Way is on the left. Tickets and more information at (941) 552-5325.