Why go to a museum?

Well, probably for as many reasons as there are works of art on display – paintings, sculptures, wall hangings, etc. But, of course, going to a museum entails a great deal of effort – finding a large block of time, putting on your museum shoes (those marble floors are really hard), cancelling your dental appointment (any excuse for that will do), gassing up the car, etc. So much easier to just turn your head a bit to the left and glance at the small cast bronze head of little Johnnie or Jill, your favorite nephew or niece, that is sitting on your bookcase shelf, right at eye level, just five feet away.

Looking at a small bronze of a ballet dancer, by Degas (edition of 150), at the Metropolitan Museum of Art in New York can be very fulfilling – if you can see it while looking over the shoulder of that tall lady in the blue hat. But so much better when you are looking at your own copy (edition of 6), of a loved one, knowing that your sister in Ogden, Utah, may be doing the same thing at exactly the same time. 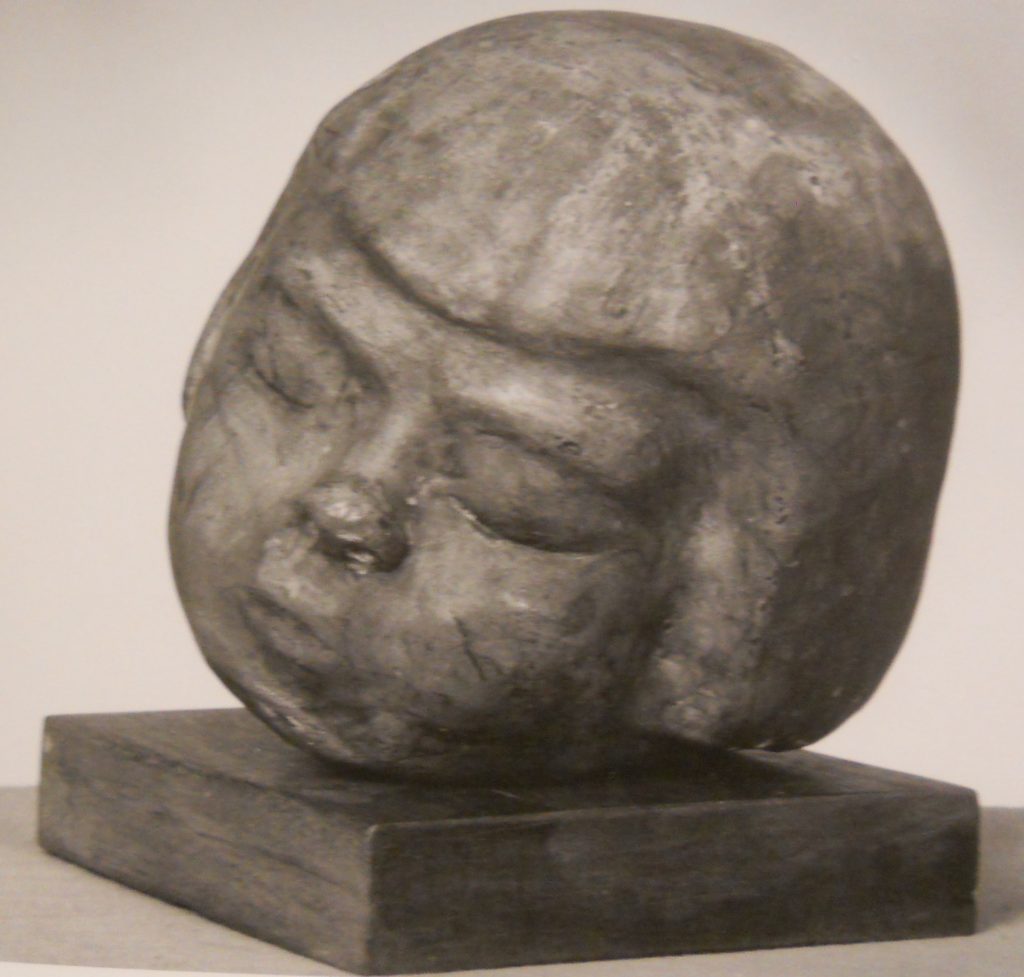 The statue of David (original in Florence, Italy) is wonderful ….. but ….. it is a bit large for anyone’s book shelf. Plus, while many folk know of David, the slayer of Goliath, they probably never even had dinner with him. Art, really good art, should connect with you on a personal level. And what better way than by taking a bit of plasticine modeling clay or glop of plaster of paris and going to work.

Once you have something done that can be recognized (or not), have a few cast in bronze and send one to Aunt Tilly in Dubuque and another to some old high school chum. If they think the bronze of a dancing bird is of your favorite dog, Spot, don’t disabuse them of that small detail. Instead, rejoice – in the process of creation and in the joy it gives to others. 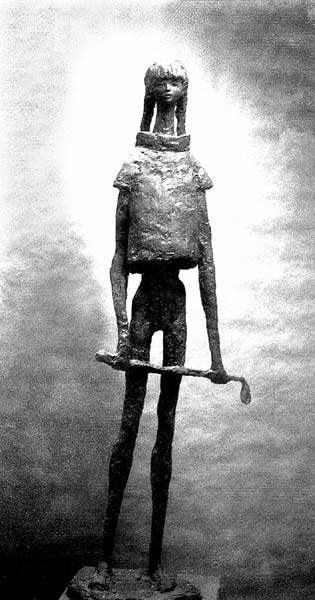 The two pieces pictured are by the late Lindsay Daen, a New Zealander who has done most of his work in Puerto Rico. The Sleeping Child was done in 1946 during his early years while The Child Rider was done in the 1950s when vulnerability had become a persistent theme in Daen’s work. How will what you do compared to the two ends of Daen’s spectrum? That really isn’t the question. The questions are, how did you enjoy the process and the next one will be even better, right?

To see more of Lindsay Daen’s work go to Lindsaydaen.com. Laura Daen told me that when they found Rick and Tam Frignoca of the Bronzart foundry to do their casting here in Sarasota, they knew they had found a good home. To see where Daen’s recent bronzes have been cast go to Bronzartfoundry.com

This does not apply if you are driving to or from Miami. But if you wind your way here from up north, there are many things to see and do along the way. For those of you coming down I-75 from the upper Midwest, you will have to turn left onto I-40 before you get to Dollywood, if you are going to get to Asheville and to drive along the heart of the Appalachian mountain chain. Ah, but where to stop and what to see. One good guide has just been published, Blue Ridge Pilgrimage by Mary Ann Claud, a long-time resident of that area. Ms. Claud wrote a series of columns for the Henderson Times-News, the local daily in that part of North Carolina, which have been collected into this new book. But these columns are not musty old writings from the past, but have been “picked over, re-edited and, whenever possible, updated” by the author. One aspect of the book, which helps it as a guide, is that it has two indexes, the normal one which lists the columns in the order in which they appear in the book and the second which is by topic – People, Places, Events, On The Road, From Appalachia, etc. A map is included so that the more well-known places become focal points for your travel or reading pleasure.

Being a culturally rich area, it is good to know how to get from Asheville to Brevard. By the way, Asheville just happens to be right between the Pisgah and Nantahala National Forests – how scenic can one get? For those that care, Quebec, Canada is 1,971 miles north of Quebec, North Carolina, and that those coming down from anywhere up the eastern seaboard will have a much more scenic ride traveling down I-81 rather than I-95. 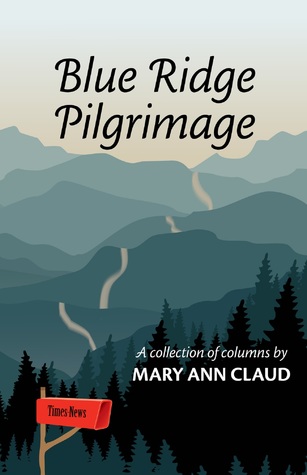 What specifically do the columns cover? Some of the column titles are: White Trash Cooking, Tom Melton and Abe Lincoln (this one proves(?) that Lincoln was born in Hendersonville, NC and not in Kentucky), Clogging, The Lonely Parrot, Christmas Quilts, Blue Ridge Walkers, Waterfall Ramble and Bird Fever, just to name a few. You already know how to get to Sarasota, to get the book just go to Amazon or order from your favorite bookseller (BookStore1 in Sarasota).

Have you completed your holiday shopping?

What, haven’t even started? Sure, Amazon will be glad to send a fleet of drones around to friends and family, but where’s the fun in that? You won’t be outside your brother’s house in Michigan to see your lovely gift dropped into a snowbank, so why bother?  And what does that sweater for your daughter feel like? Can you tell how scratchy it really is just by looking at the internet photo? Certainly you need to make the rounds of the brick and mortar stores, but you’ve had all year to do that.

And, if you go to the chain stores, the same merchandise that you can buy is also for sale in the stores up north where the rest of your family resides. But don’t panic, there are always the Holiday/Florida-themed craft shows that pop up this time of year. 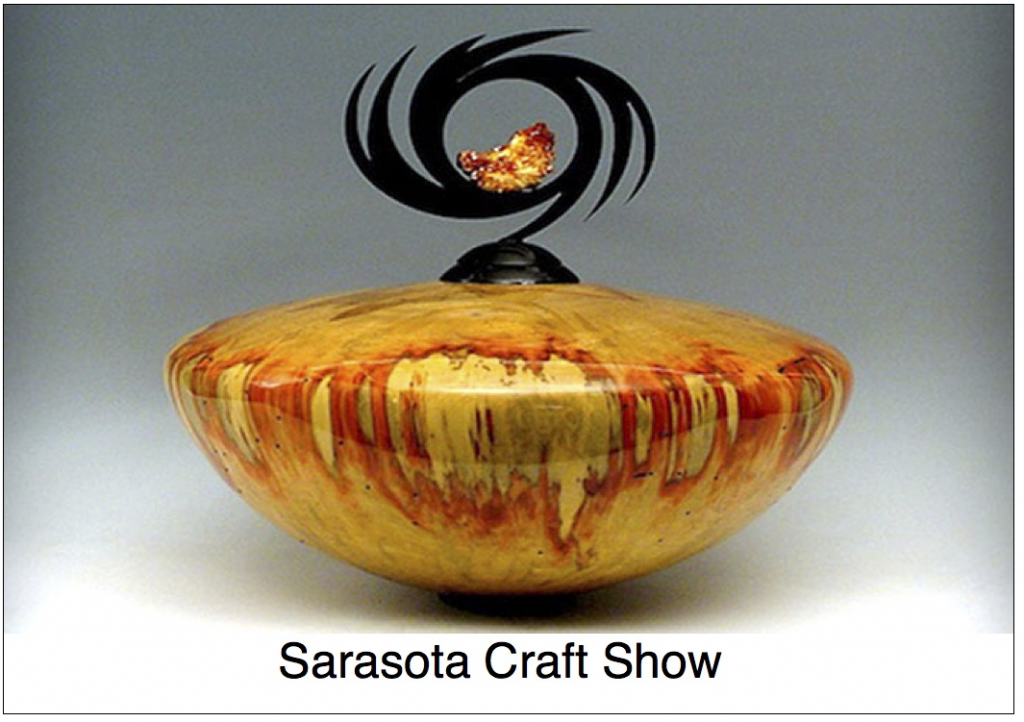 December kicks off with two shows on December 1-3. The biggest is the Sarasota Craft Show held at Robarts Arena each year. They will be featuring exceptionally fine hand-crafted pieces of wearable and displayable art. During those same days, the Sarasota Gem Jewelry Bead Show will be held at the Municipal Auditorium on Tamiami Trail. This is more of a buy the ingredients and make your own presents type of show which should appeal to everyone’s artistic nature. The Siesta Beach Seafood & Music Festival is a weekend only affair on December 2-3, and is held in the parking lot at that beach.

There will be a marketplace of arts, crafts and fine products along with food, music, drinks and entertainment to liven up the first half of the month. On December 9-10, the Lido Beach Holiday of the Arts (Lido Pavilion parking lot) and the Atomic Holiday Bazaar (at the Municipal Auditorium) are, as their names imply, completely different. As they say, something for everyone.

Arts on the Horizon: June