The world premiere of the musical 1776 (actually a remake of the 1997 original, but who’s counting) was held in Sarasota back in 2012. Not just that it opened here, but that this version was developed locally at the Asolo Repertory Theatre and went on for a try on Broadway.

Willm-S – Robert Mansell’s Life and Loves of William Shakespeare had its premiere at The Players Theater in 2005 with lively tunes and good music. The CD lives on; on Amazon.com – a worthwhile pleasure.

Mr. Mansell has moved to England, but Asolo Rep is trying for another shot at Broadway with Josephine, in its world premiere run at the FSU Center for the Performing Arts through May 29.  This musical is about guts and gusto 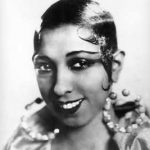 (standing up to Nazis during World War II and dancing with a whole lot of shaking going on), drive and diversity (moving to France and championing US civil rights), love and lust (Baker’s love of children and night club patron’s loved her) and much more. The director/ choreographer Joey McKneely is overseeing the production.

Years in the making, Josephine is based on a story by Kenneth Waissman (he produced the original Grease) and on the book Remembering Josephine, with music and lyrics by Stephen Dorff and John Bettis.

The purpose of an incubator is to hatch eggs and ready young birds for a start in the world. Growing wings strong enough to fly is another story; the re-visioning of 1776 and the very original Willm-S barely got off the ground. Josephine, a vibrant tale of a singing, dancing, loving, svelte, chic, Harlem trained, French resistance fighter, portrayed by Deborah Cox, just might fly higher and longer. Ms. Cox also starred in Aida on Broadway. So, do you want to be one of nine billion that will miss this show even if it has a good run on Broadway, or one of the few thousand that will have seen it first, here in Sarasota? Tickets are at the box office or at (941) 351-8000.

What could be better?

A walk in late spring with cooling breezes along the bay? Perhaps before a lovely lunch at one of Sarasota’s nearby restaurants while seeing the Dolphin fountain spray water into the blue puffy-cloud strewn sky? Hearing beautiful

music play on your Walkman (ha ha, just retro-joking). Or discussing some esoteric event with someone you care about? What could be better? Doing all of the foregoing, while strolling around the 45 giant billboard-sized works of art during the Embracing Our Differences display at  Island Park in downtown Sarasota. There were 8,350 works that people thought were worth submitting – 45 were selected for display through May 31.

Why not go with a friend, family member or young child and have your own competition – have everyone choose their three favorite images and tell each other why. The young child might change your mind about something. If you really enjoy the show, wait three days, pick another friend, and do it again.

The composer Robert Schumann set the poem The Lovely Month of May to music, as he believed May is one of the grandest of months – spring has arrived, evenings are longer, warm breezes blow on the beach and there is music everywhere. The best way to enjoy May is to start and end with concerts at the Historic Asolo at the Ringling Museum.

Quin Tango is having a triple header at 7:30 p.m. on April 30 and 2:00 p.m. and 7:30 p.m. on May 1. Their repertoire fuses traditional Argentinian tango and chamber music. Their quintet is comprised of two violins, bass, cello, and piano and will be playing compositions by Astor Piazzolla, Carlos Gardel and others. The music is about gauchos, poets, and broken-hearted lovers. Quin Tango has played at Lincoln Center, The Kennedy Center and the White House during a dinner honoring Argentine President Carlos Menem. Actually, Quin Tango is performing a quadruple header as they will be presenting The Story of Tango to students at Tuttle Elementary on April 29 in cooperation with the Artist Series of Sarasota.

While Quin Tango features Argentinian music, another quartet is presenting the music of Rodgers and Hammerstein. Mara Bonde, soprano; Katherine Pracht, mezzo-soprano; Aaron Blake, tenor and Marcus DeLoach, baritone will be joined by the singers of Gloria Musicae.

To highlight one singer, the Boston Herald and the Boston Globe have said, individually, that Ms. Bonde has a “sweet purity of tone” and is “ravishing”. Quite a combination – probably because she had studied with Joan Sutherland and at the Sorbonne in Paris. Performances are 7:30 p.m. on May 7 and at 2:00 p.m. and 7:30 p.m. on May 8.

The piano duo of Anderson and Roe will start off with some arpeggios and go on from there. To celebrate their 100th year, Juilliard selected one of their performances for their Sounds of Juilliard CD. Also on the program will be Coloratura soprano Monica Pasquini who has portrayed Papagena in The Magic Flute in Salzburg, Tytania in A Midsummer Night’s Dream and Giannetta in L’Elisir d’Amore. Baritone David McFerrin sings extensively with the Boston Lyric Opera and has sung with the Sarasota Opera as well. Moscow-born Alexander Markov, the violinist, rounds out the performances. It is not known if he will be playing his gold electric violin or the one made of wood.

Tickets for all nine concerts may be obtained at the Artist Series of Sarasota website or by calling (941) 360-7399.