Still circling, in a roundabout way

Our fair city has recently put out a national call to artists for the placement of a sculpture at the intersection of Orange Avenue and Ringling Blvd. This is part of an ongoing effort to put art within the 16 proposed roundabouts that will be built between now and 2025. Part of the funds for these endeavors comes from all the new development that is going on around town. A small percentage of the construction costs of each project is paid into a fund from which the city draws out the cost of the sculptures (legally the money can only be used on art projects). Applications will be reviewed sometime after the entry deadline of June 5.

The question for viewers of such sculptures is, how do we get the best bang for the buck? The first consideration is, of course, beauty. There are many beautiful things in the world – flowers, cars, people, rivers, paintings, mountains, and sculptures – all exhibit their inherent beauty differently. Even within the category of sculpture, one looks for different attributes – a work of art opposite a park bench, which one may slowly contemplate, should be different from one that is driven around at 15 miles per hour. Art within a roundabout should be pleasing to the eye but not districting or garish.

Like Dennis Kowal, highlighted here two months ago, Jorge Blanco is a local artist with an international reputation. He has 19 sculptures in outdoor setting in locations around the US, mostly as the result of winning competitions. Two of his works are located on Tamiami Trail (Route 41) near the Van Wezel. Pictured here are some of his sculptures.

Commissioning a sculpture from a local artist would indicate that the artist knows the selected site. Not just from the specifications “…a center island with a 30 foot diameter with the artwork being at least 6 feet from the travel lane…” but from living here, driving through the intersection, and knowing the buildings that will be visible beyond the sculpture. Someone from Utah or Arkansas won’t have the “feel of the city” as Mr. Blanco puts it. Nor will they be purchasing their materials from local suppliers or hiring local fabricators that would be involved in the industrial process as a local artist would, thus keeping the money circulating within Sarasota. Keep Sarasota Green can have more than one meaning if the finalists for this competition are local artists who are not just local but who are true artists as well.

Snowbirds are gone, too bad for them

While our New England, Midwestern and Canadian friends were here during “The Season” they, along with those of us fortunate enough to do so, got to hear the Sarasota Orchestra play their Masterworks series. Great symphonies by great composers played by a great orchestra at the Van Wezel Performing Arts Center. Hooray for everyone concerned. However, once our fair weather friends go back north great things continue to happen. And the Sarasota Music Festival that takes place June 6 – June 25 at Holly Hall and at the Sarasota Opera House is three weeks of continuous musical happenings. The idea behind the festival is that, under the auspices of the Sarasota Orchestra, a faculty of forty of the most acclaimed teaching musicians work with 62 (this year) hand selected students to bring them further along in their careers.

“A glimpse of stocking was looked on as something shocking …” is a line from Cole Porter’s tune Anything Goes. Well, go to the Festival’s website www.Sarasotaorchestra.org/festival and prepare to be shocked by the breadth of the list of some of the more intimate chamber works by twenty-two of western music’s greatest composers. These pieces will be played in a series of thirteen concerts and recitals. Take a look at the program listings and you will want to purchase tickets. Why? Four reasons. The first is that the music that has been selected is both varied and lovely. The second is that 17 of the pieces are Sarasota Festival premieres. While some of them have been played by other chamber groups in the area, they have not been played that often, and some not at all. The third reason is that the faculty musicians are masters of their craft. The fourth is THE STUDENTS. These are the crème de la crème of upcoming young musicians who have been tutored by these faculty members. They are young but are not children, are exquisitely trained, are serious, and play with passion. Really, to see them develop (some have been here in years past) and to hear them play is a joy.

Tickets for these concerts are quite reasonably priced, thanks to generous sponsors, and may be obtained at the Sarasota Orchestra box office at Holly Hall, the Sarasota Music Festival web site or by calling (941) 953-3434. The web site also lists the full program for many of the concerts.

The year is 2016. You have an affair and your girlfriend becomes pregnant – what do you do? Arrange for an abortion? I don’t think so, it is not your decision to make. Raise the child with your girlfriend, whom you love and might marry some day? Well, that’s what all your friends are doing. Leave the baby with your girlfriend’s parents? Hey, why not, you’re a busy man and you have to think about your future.

Or the year is 1902, you’re Albert Einstein and the same thing happens – what would you do? Not too many hard facts 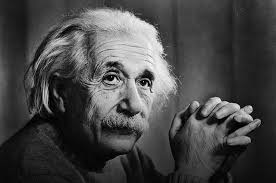 are known about that incident but we do know the social mores of that time and also something about Einstein and how he dealt with life. He most certainly was thinking about the future, and not just how energy and matter would affect things, but what would actually happen. He was so confident in his predictions that, in his divorce settlement with his first wife, he gave her the money from his Nobel Prize in physics – years before he was even nominated for that prize.

One could call Albert Einstein "a man for some seasons” and a play about his interplay with relatives, like his wife and pre-marriage daughter, “Relativity”. That play, by Mark St. Germain, will open at the Florida Studio Theatre (FST) on June 22 and will run thru July 2. Two of Mr. St. Germain’s other plays, Becoming Dr. Ruth (2014) and The Dancing Lessons (2015), were also presented at FST. Another of his plays, The Fabulous Lipitones, will be on view there from June 1 thru the 19. This is a misbegotten adventure about a barbershop quartet that is “a comedy of misunderstanding, stereotypes, and the path to perfect harmony.” Purchase tickets for both of these new plays by calling the Florida Studio Theatre box office at (941) 366-9000 or by going to the FST website.