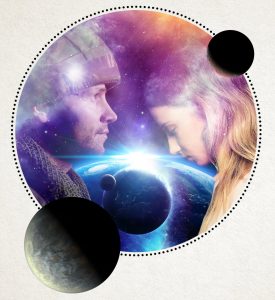 The pilgrims arrived in the land of the Wampanoag and Mahigan on November 9th, 1620 after leaving England on September 6th. They were probably buying supplies in August of that year, but those free market acquisition activities are not what we are celebrating. The pilgrims that settled in America were both fleeing one thing and seeking another. We know, in the aggregate, that they were fleeing religious intolerance and seeking the right to be intolerant of others, but what of their personal stories? What do we know of the individuals of that migration and their whys and wherefores? Not much; so these pilgrims of yesteryear are not who we are now celebrating.

We believe we know what the pilgrims of today flee and seek. The Syrian refugees of today flee the fist of tyranny and seek the right to live in freedom; Latin Americans flee gang warfare and economic servitude while seeking the right to live and earn; and Americans, it seems, flee and seek each another at the same time. Ah, but what of the pilgrims of tomorrow – what will be mean, and meaningful, to them? Are they driven away or do they leave of their own accord? Do their fears and demons mirror our own? And how do they feel about each other; are they as one, or are they each separate? These future pilgrims are the ones that will be celebrated starting August 4th, and will continue to be celebrated until September 10th, when the play Pilgrims completes its run at the Urbanite theatre on Second Street in downtown Sarasota.

Brendan Ragan, Artistic Director and Co-founder of the Urbanite, will portray a soldier with PTSD fleeing _______, and Betsy Helmer will be a young girl thrown together with the soldier on their journey to _______. Yes, they could be both fleeing and seeking the unknown, but which unknowns and why? Cameron Morton plays either an assistant or a companion on this voyage into the beyond, it is hard to know which she (it) is. This play by Claire Kiechel had its premiere on June 8th at the Gift Theatre in Chicago, with that first production just ending July 30th. Kiechel’s original idea for the play was about a girl detective on a cruise ship, death and the American way of life, but it morphed as it developed into what we will be pleased to see at the Urbanite – www.urbinitetheatre.com. While at their website, check out the new plays being presented during their upcoming winter/spring season. 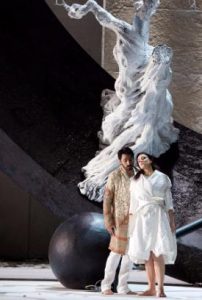 During Snowbird season many Europeans fly from Europe to Sarasota for sun, fun and opera (not that opera can't be fun as well). Why don’t you do the same in reverse this summer? And why visit just one city while there, how about an old fashioned European Tour, visiting England's Stratford and London and on the continent stopping off in Paris, Salzburg and Turin between July 30 and August 27? Take too long? Not really. Just trot on down to the Sarasota Opera House each Sunday for the 1:30 p.m. High Definition opera and ballet performances.

On July 30th they will be showing the Stratford Festival's version of Shakespeare's Love's Labour's Lost; the comedic tale of a Spanish king and 3 of his courtiers swearing off love just as a princess and 3 of her hand maidens arrive from France. Things ensue. Moving on to Spain on August 6th, London's Royal National Opera production of Otello gives us another chance to see this masterpiece by Verdi. Otello was written 16 years after Verdi completed Aida and has even more conflict and drama. The title role is sung by Jonas Kaufman and is conducted by Antonio Pappano. Tchaikovsky's Swan Lake is next, on August 13th, as performed by the Paris Opera Ballet at Opéra Bastille in an updated version of Rudolf Nureyev's famous work. Not an opera but just as expressive, through motion, in its exploration of idealized love. Jonas Kaufman is back on August 20th in both Cavalleria Rusticana and Pagliacci from the Easter Festival held in Salzburg. This Philipp Stölzl production divides the stage into six segments and combines video with live actors while moving the setting from Sicily to northern Europe. Conducting these short operas is Christian Thielemann. Rounding out our journey is the August 27th Teatro Regio Torino production of Gounod’s Faust  – from Turin, Italy. The set is stunning in both its simplicity and its complexity – modern in every way. Conductor Gianandrea Noseda is magnificent in underlining the arcane and diabolic passages of the score and in depicting, with morbidity and grace, the brief love idyll between Marguerite and Faust.

Why High Definition at the Sarasota Opera House in August? Two reasons. The first is quite simple – while opera is great live, the close-ups that HD provides are wonderful. Zooming in on the action is not just technical showmanship, but truly helps to focus on the emotions being shown. Also, it has forced opera singers to act better as well as sing beautifully. More details about these and other operas in Sarasota at www.sarasotaopera.org.

Know what to do with trash?

Why, eat it of course. Sure, put your newspapers in the recycling bin, compost your overcooked broccoli, take your Diet Coke cans to Vermont, and don't even bother buying anything with high-fructose corn syrup. But Trash Fish (now known as Sustainable Seafood) can be eaten in so many ways that each is worth a try. This August 6th the Chefs Collaborative is holding its 4th Annual Sustainable Seafood dinner. Yes, the first three were called Trash Fish Dinners, but PC wording often wins out in Sarasota (Remember the Ungala Galas when people weren’t supposed to wear a tux?). Anyway, often the best tasting bits of fish are those that are thrown away. Why are they discarded? Often simply because many diners just don't know how tasty these little morsels are. The roe that is attached to scallops is cut off and put into cat food because when Americans started eating scallops we did not have refrigeration. And grouper cheeks and fish lips? Well, how many of those do you have to collect in order to have a full serving?

Edible Sarasota magazine and Louies Modern restaurant are hosting eleven of Sarasota's nationally-renowned chefs so you may sample some underutilized and invasive seafood species. Most of the seafood eaten in America is farm-raised tilapia, salmon and shrimp (think China and Vietnam) while quite a lot of what we export is higher end wild species. Highlighting some of these more exotic fish will add to the enjoyment of those that try these tastier varieties. The great chefs from The Cottage, Indigenous, Libby's, Louies Modern, MADE, Mattison's, The Sandbar, the Siesta Key Oyster Bar, the Seafood Shack and the Veronica Fish and Oyster will prepare their specialties for you when you partake in these festivities. And what drinks will accompany this six course seated dinner – craft beer and amazing wines that will keep your palate satisfied. And yes, Chef Steve Phelps and Edible’s editor Tracy Freeman will guide you through each new treat. Find out more at www.chefscollaborative.org/events/sustainable-fish-dinner-sarasota.

Bartender of the Month – Taylor

Arts on the Horizon: July