Psychic Readings: Predictions vs. Free Will

Whether you’re a longtime resident, a returning snowbird or new to the area, one thing that’s hard to miss—besides the great weather and the Gulf—is the preponderance of psychics, mediums, astrologers, card readers and other mystical types. (Full disclosure: I am one of them, working as an intuitive astrologer at Wild Ginger Apothecary on Friday afternoons and their community events.)

It’s a wonderful gift to be able to assist people during challenging times, offering them a larger context to their situation, faith that “this too shall pass” and a peek at what’s coming down the pike. It’s even better when they have several exciting opportunities and aren’t sure which would ultimately be best for them. Sometimes they come so overwhelmed by health, finances or a troubled family member that they can’t even formulate a question—they’re just seeking support and something to hold out hope for.

But one issue that’s common to everyone who seeks a reading is—and it’s something I bring up with repeat clients—How much is “preordained” and how much is free will? Obviously, what people believe is a product of their upbringing, spiritual or religious beliefs and how much power they’ve been able to effectively exert over their lives in the past. (And then there are Aries, who believe everything is their free will!)

It’s a tricky question, and over the decades of my practice, I’ve spent a lot of time thinking about it and have had countless opportunities to watch the interplay in action. Plus my training in shamanism, energy healing, Buddhism, Jungian psychology and other psychotherapeutic models, quantum physics, neuroplasticity and just observing human nature has led to the development of my own philosophy about this all-important issue.

So after 30+ years, I can say with confidence… “It all depends”—on the person who comes in for the reading. Some folks are stuck in deeply entrenched patterns of thinking, behaving, reacting… While certain superficial things might change in their lives, they have the same attitudes, eat the same foods, go through the same motions, don’t challenge themselves to experiment with new things, people or belief systems. Even when they claim they’re open to change…they’re really not. Fear is part of their stuckness, but so, too, is good old inertia. “A body at rest will remain at rest unless an outside force acts on it” is enough of a universal truth that Newton made it his First Law of Motion.

It’s definitely easier, and usually more comfortable, to stay with what’s known and familiar—even when you’re not happy with the status quo. How many people do you know who are always talking about the things they’ll get around to “someday”? In our 20s, 30s and 40s, it’s a story we still kind of believe. Of course we’ll do those things; we’re just too busy now!

And then suddenly we’re 60, 70, 80… and those dreams of running a marathon, taking a gap year or sailing around the world are no longer realistic. So…order another pizza, cue up another Netflix.

In my shamanic training, we call such predictable lives the “Probability Tunnel.” Given your genes, family of origin, the community you were raised in, person you married, how ingrained those beliefs are—and then filtered through actuarial tables—it seems like anyone could predict what’s going to happen! If we don’t shake things up and deviate from that preordained path, how much free will are we ever even exerting? We may think we make a dozen choices a day, but really, aren’t we just choosing which automated car wash to drive through?

On the other hand, many people “wake up” and break the mold. They move away from the family, get jobs that align with their passions, marry for love not security, travel, read visionary authors, watch worldview-challenging documentaries—they live like a seeker, not a sheep. Sometimes they do different things simply because they’re different. These audacious folks have stepped out of the Probability Tunnel, and it’s harder to guess what lies ahead for them. (This is where the art of intuition comes into play.)

Yet there’s a lot to be said for the accuracy of predictive work. I can absolutely see forces (à la Newton) that are acting on people, as symbolized by planetary motion. For instance, auspicious Jupiter just moved into Sagittarius in November for the first time in 12 years. Depending where that falls in your chart, it’ll bring growth and expansion. But how it affects you depends on you. If you never try anything new, what might expand? To the adventurous soul, the possibilities are limitless!

Similarly, last month, disruptor Uranus retrograded back into Aries for the last two months in the 21st century. This can throw a wrench into some well-laid plans. If you want change and are open, nimble and masterful, this is thrilling news. But to the person who’s always waiting for the other shoe to drop, this might feel scary. Anyone can see the clouds; the wise soul knows to look for the silver lining.

Ultimately, I think of astrology readings as similar to using a GPS system. If you’re lost, it can help you get back on track. But it’s even better for people who already have a good sense of where they want to go but just need a little help navigating the best route, avoiding the road blocks and getting a sense of their ETA. 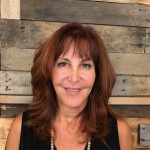 Suzanne Gerber (www.starsandstoneshealing.com) is a locally based intuitive astrologer, shamanic/energy practitioner and spiritual life coach. She works at Wild Ginger Apothecary in Gulf Gate on Friday afternoons on a drop-in basis and is available for private in-person and phone sessions by appointment.

Publisher’s Note:  Beginning January 2019, Suzanne will provide a monthly horoscope focusing on the most important shifts expected to occur for the upcoming month.