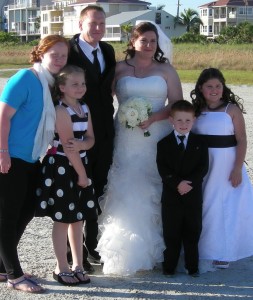 ONE PLUS ONE EQUALS SIX
by Trebor Britt

Dana Hooe of Baltimore and John Hall of Annapolis, Maryland exchanged vows surrounded by family and close friends, at an intimate wedding ceremony held on the white powdery sands of Siesta Beach recently. Both Dana and John bring two wonderful children into their new journey and as a result, one plus one does does equal six.

Both work for the police department in Anne Arundel County, Maryland. Dana is a communications supervisor in the 911 call center and John is a police officer. They met at a work “shift party”. Although they didn’t get a chance to exchange phone numbers, they worked the same shift a few days later and Dana sent a message to the computer in John’s car. His reply included his phone number and the rest, as they say, is history. John said, “I’ve been thinking of you since that night and even asked other officers if any of them had your number.” 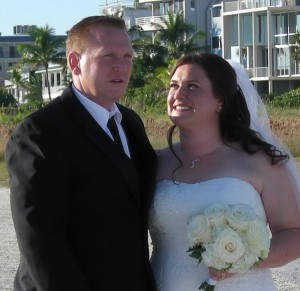 Dana felt she knew from the beginning that John was “the one”. She said, “He pampers me. From breakfast in bed, to telling me to sleep in while he takes care of the kids, to drawing me a bubble bath with candles around the tub and telling me to go relax.”

After hearing about Siesta Key’s number one beach status, the incredible white sands and seeing pictures, Dana and John decided to get married on the Gulf coast. Not coincidentally, John also proposed to Dana while visiting Florida.

These two devoted public servants of Maryland spent the first night of their journey together on Siesta Key and will spend the rest of their honeymoon in Florida. 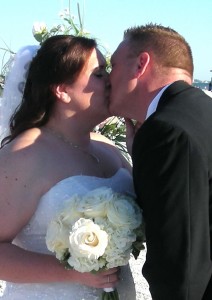 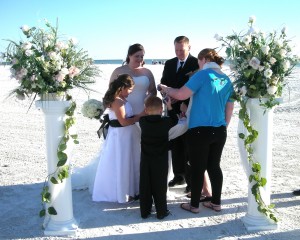 Life is good® with a brother