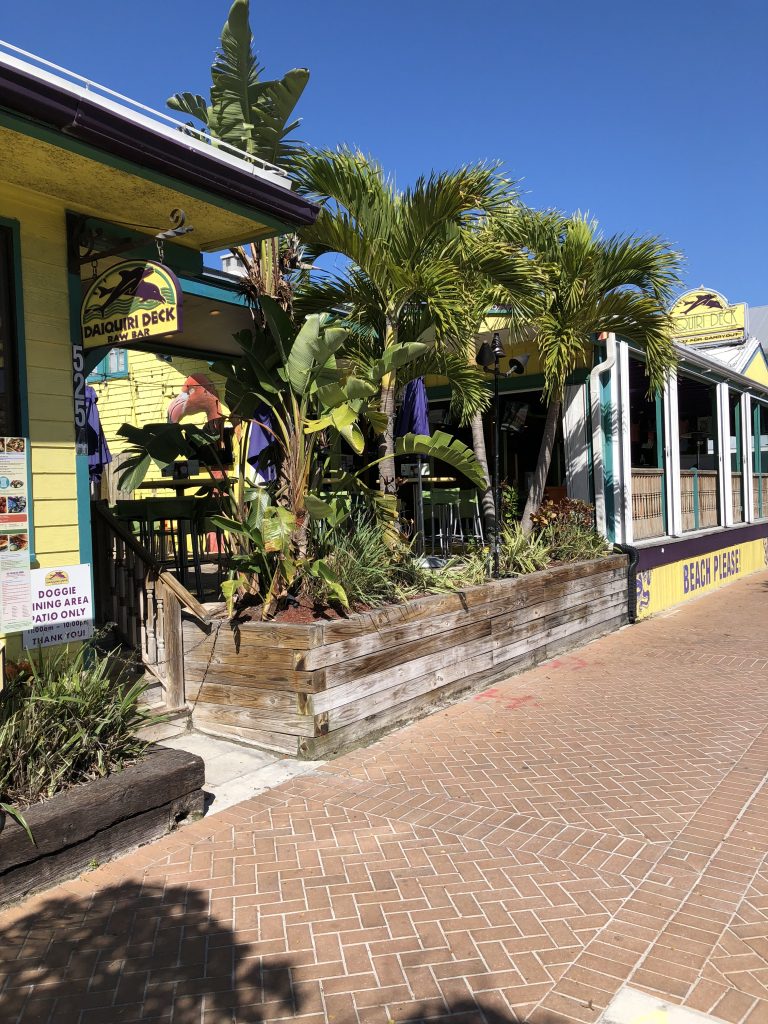 In late 1992, Troy Syprett, then a lifeguard freshly out of grad school, hatched a plan. At the time, Syprett spoke with some friends on the beach who said wouldn’t it be cool to have a daiquiri bar concept on Siesta. So Syprett began researching the idea, and when his friend Russell Matthes, then working in the restaurant industry in South Florida, was home on holiday, “we started talking about the idea, and he asked if I would be interested,” recalls Matthes.

“This was when there was nothing in the Village,” Matthes recalls. There was a few businesses: a place called Café Gardens, a bike shop, Anna’s deli, a bar called Keyhole, and the Beach Club. “That was pretty much it. It was pretty sleepy.”

In 1993, the two friends from Sarasota opened Café Garden’s Daiquiri Deck in the Village, where Café Gardens had formerly been located. Soon the café gardens was dropped from the name.

Fast forward ahead 26 years, and the original Daiquiri Deck Raw Bar in the Village, at 5250 Ocean Ave., is now world famous.

In total, the Daiquiri Deck ownership group owns four restaurants throughout the region — including the original Village restaurant; a St. Armands Circle location; a restaurant on the island of Venice; and most recently a new restaurant on South Siesta on Stickney Point, with a fifth Daquiri Deck planned for Bradenton Beach. The Bradenton Beach locale, on Bridge Street, is slated to open by the end of this year, Matthes told Siesta Sand. 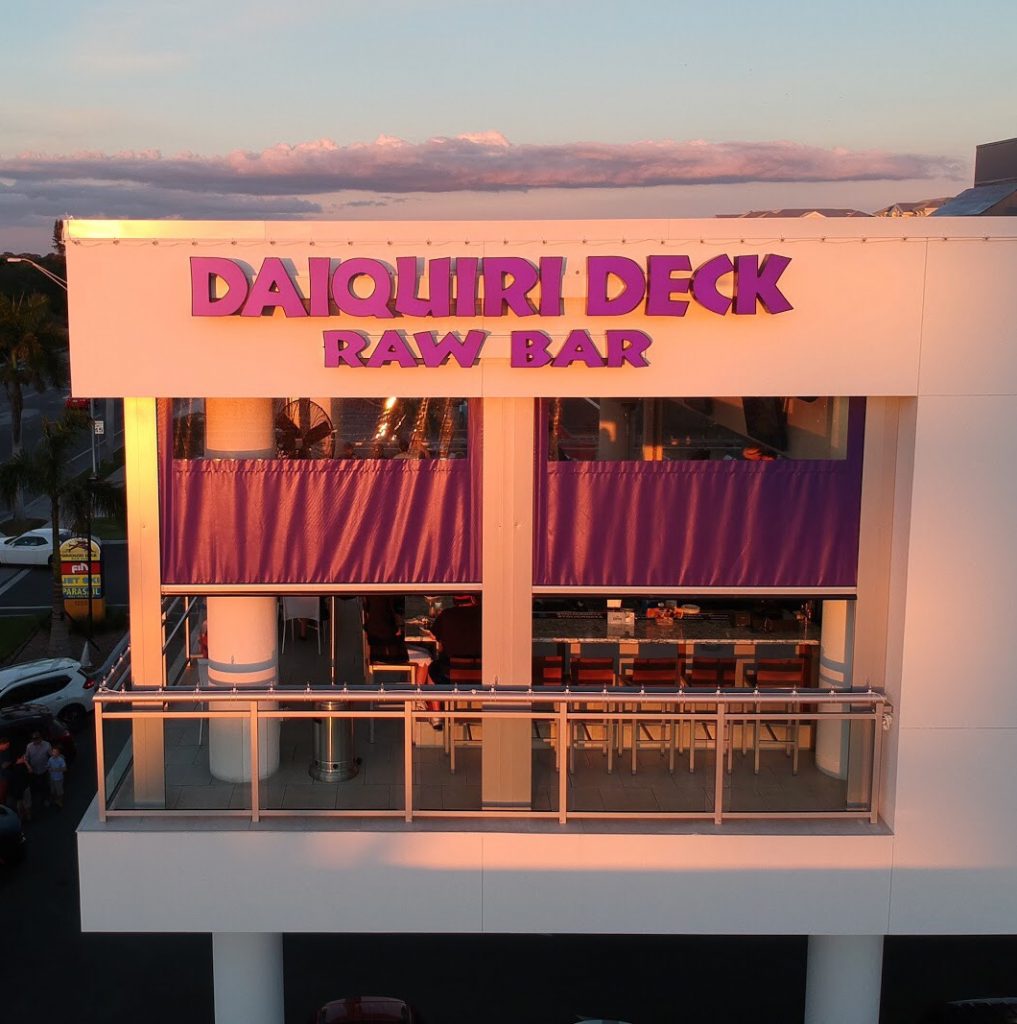 The restaurant on Stickney Point, which opened in summer 2017, features modern architecture and a beachy vibe on South Siesta. Matthes said he predicts it will be busy as the weather warms and residents and tourists take advantage of the restaurant’s breezy perch atop the modern three-story building, a spot that affords outdoor-deck views of the Intracoastal and Gulf, from some vantages. “It’s different than any other place in Sarasota,” Matthes said of the South Siesta locale.

A branch of the Daiquiri Deck ownership group also is planning a separate establishment called Castaways slated for city-owned property on Lido Beach public pool. The restaurant could open as early as 2018 or 2019.

The Daiquiri Deck ownership group is comprised of Syprett, Matthes, and Matthew Grover. Grover, who attended the University of Maine, joined the Daiquiri Deck staff, working his way through the management ranks, to became part of the ownership team in 1995, Matthes said. As director of operations, Grover has been instrumental in opening the company’s new locations.

Syprett and Matthes are longtime friends.

The two attended grade school (at St. Martha’s), high school (Cardinal Mooney), and college (University of Florida) together. They graduated from the University of Florida in 1989. Troy received his MBA (American University D.C.) while Russell began working in the restaurant industry in South Florida. Troy started the Daiquiri Deck concept and Russell joined him shortly after opening in 1993.

The company’s success has not been without some setbacks and lessons learned along the way. “In 1995, we opened one (Daiquiri Deck) in Madeira Beach,” near St. Petersburg, Matthes said. It was challenging, at the time, however, “for us to travel outside” the Sarasota-Manatee market area. They sold the restaurant, which is now called the Daiquiri Shack Raw Bar & Grille.

But now with a larger staff and a renowned brand, the company may be positioned for new growth outside of the Sarasota-Manatee counties region.

“The brand is strong enough now to branch out to cities and communities in Florida,” Matthes said.

There are no specific plans for expansion, but the company has been doing its “market research,” Matthes said. They’ve even been approached by developers and property owners inquiring if they would be interested in branching outside the area.

The owners are all highly involved in civic activities, and support charities, including Sarasota in Defense of Animals (SDA). Daiquiri Deck has been involved in helping the organization since 1993. 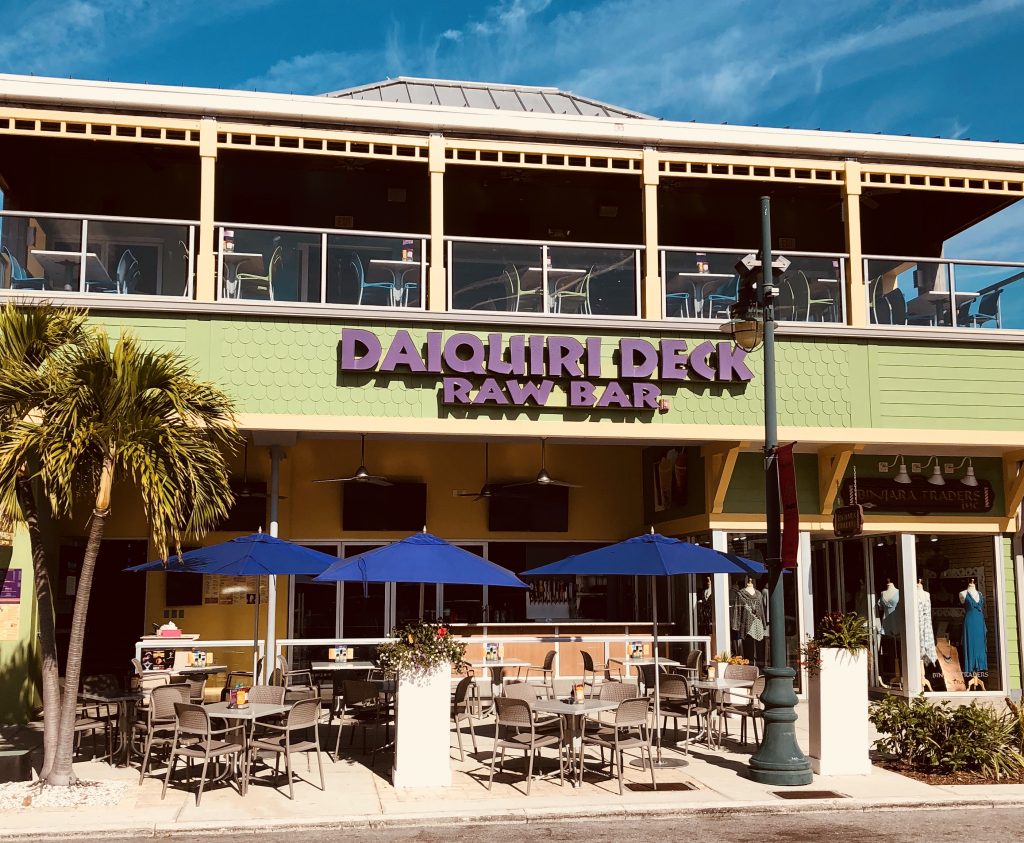 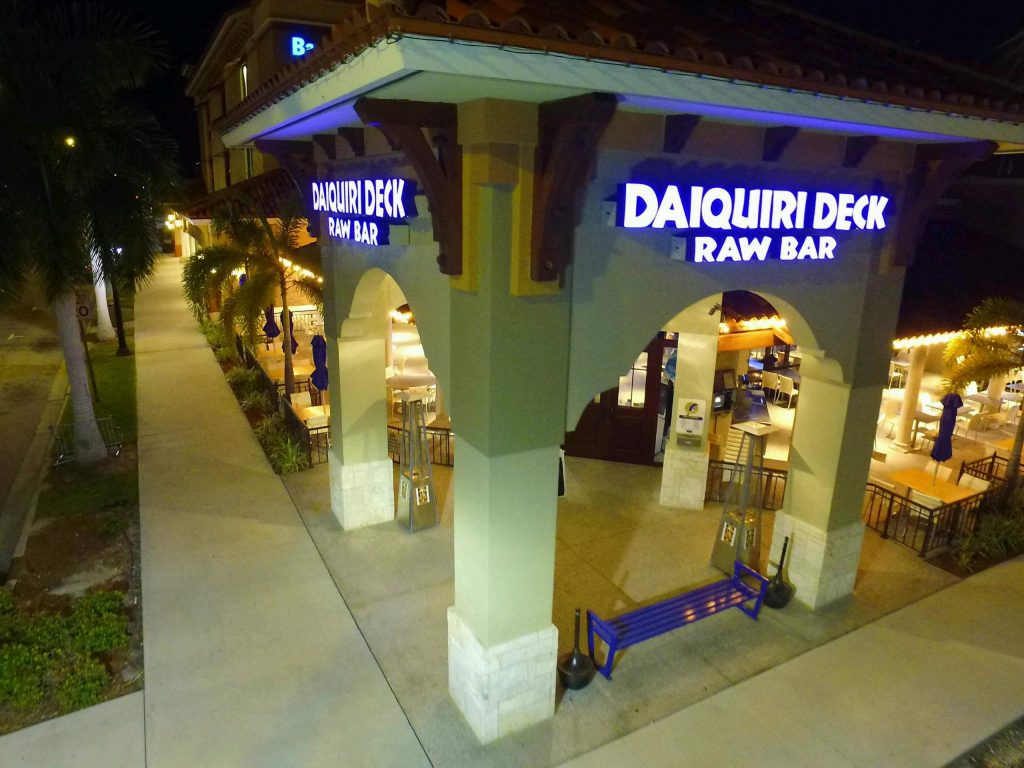 August on the Key: Scorching and soggy, with sky shows galore