From a Hurricane close call to a historic property sale in the heart of the Village, 2017 was a big year on the Key.

Although the Key and surrounding areas escaped a direct hit from powerful Hurricane Irma, the storm left significant damage, including large downed trees, and left some without power for weeks.

Back in May, property investor Michael Holderness and partners acquired the Siesta Beach Resort & Suites for $9.7 million, but renovation work has been delayed and scaled back due to what Holderness described as a cumbersome county permitting process. Despite the scaled-back building upgrades, Holderness added some features to renovation plans, including a one-of-a-kind pool and lounge area.

Perhaps the most significant ongoing story remains what will happen with the Big Pass Dredging and Lido Rensourishment project. In addition, Gary Kompothecras’ proposal for a new hotel on Siesta Key has spurred land-use questions and plenty of controversy, and a battle over Beach Road continues to simmer.

Visible throughout the Key, a new Trolley service is roaming the island — a welcome addition for tourists, residents, and business owners.

Back in May, property investor Michael Holderness and partners acquired the Siesta Beach Resort & Suites for $9.7 million, and renovation work was expected to begin as early as August, with an upgraded resort slated to open the day after Christmas.

A bold vision for the Siesta Beach & Resorts, however, had to be modified, due mainly to a difficult county permitting process, Holderness told Siesta Sand. “Design and permitting took much longer than expected,” Holderness said. “We had to keep scaling it back,” Holderness said of the project, even though his aim is to just try “to fix what is broken” at the aged property that was built in 1955. Another difficulty was that the resort is in FEMA’s coastal zone, and FEMA’s strict renovation requirements for coastal properties impacted the amount of work that could be done to the buildings.  Other improvements, will also have to be put on hold for a year because of the high season demand approaching.

But despite the scaled-back plans for the building renovations, Holderness said the delay in the project allowed him to re-think some aspect of the plans for the property. Thus, he came up with plans for a new resort-style pool instead of a resurfaced pool as originally planned — that will feature a one-of-a-kind design.

The modified project should open by February, two months later than anticipated, but Holderness remains excited for the project. “It will still be beautiful and amazing,” he said. Workers have already painted and deep cleaned all the rooms at the resort, and a permit was just received to replace exterior railings, windows and doors throughout the property.

And some good news was that Hurricane Irma mostly spared the Key and despite power outages, fallen trees and debris, caused no major damage to the resort buildings. “I was very thankful. I called it [Irma] Mother’s Nature’s sweeping broom.”

[See below for summary of Irma]

Hurricane Irma made landfall further to the south and east than was projected at one point. As the powerful storm continued to move north, on Monday morning, Sept. 11, many Siesta residents and business owners surveyed the damage left in the wake of the storm. Although the Key and surrounding areas escaped a direct hit, the powerful storm left significant damage, including large downed trees, and left some without power for weeks. After recovering from the storm, Key businesses also strove to let customers and tourists know they were open.

“At the last minute, it [Irma] shifted east, and we were very, very lucky,” Michael Shay, maintenance manager for the Siesta Key Village Maintenance Corp, told Siesta Sand during an interview after the storm. “Thank God.”

In the Village, the only damage was fallen fronds and some street lamps that didn’t work, as well as some map kiosks that were unlit, Shay said. Across the Key, however, there were several large trees down.

Concerns have continued to mount over the U.S. Army Corps of Engineers complex proposal to dredge sand from Big Pass to renourish Lido Beach.

The Lido Beach Renourishment involves several elements—including the installation of at least two rock groins on Lido’s shoreline and the removal of 1.3 million cubic yards of sand from Big Pass, which has never been dredged before—and, as a result, critics worry about the greater chance of unintended down drift impacts. A judge granted a delay in scheduling of hearing on nonprofits’ legal challenges to the proposed dredging of Big Pass. Following the delay, the Florida Division of Administrative Hearings (DOAH) proceeding on challenges to the proposed dredging of Big Sarasota Pass will be held in December, the parties agreed on Aug. 14. The Siesta Key Association and a second nonprofit fighting the proposal — Save Our Siesta Sand 2 — have made numerous references to the fact that Big Pass has never been dredged. In September, 2013, Big Pass was identified as the sand source in a presentation the Army Corps project manager at that time made to a Sarasota County advisory board.

Sarasota County residents continue to sign a pair of petitions related to the increasingly tense fight over a 357-foot stretch of Beach Road.

There are two separate charter amendment initiatives spurred by longtime Siesta Key resident and carpenter Michael Cosentino — the first, if approved by voters, would prohibit the county from vacating public lands, including beach and waterside roadways, and parks and preserves; the second would overturn the county’s decision to relinquish a portion of Beach Road, the last road remaining on the Key with a direct view of the Gulf.

Cosentino contends the County Commission, broke its own rules when it agreed in 2016 to vacate a stretch of public right of way along Beach Road to three landowners there. The charter amendments “are our only hope,” for defending Beach Road and public spaces, Cosentino told Siesta Sand in May, 2017.

Most recently, as of Nov. 15, on the first issue of protecting public spaces, the group had collected 7,129 petitions that were OK’d as valid by the Sarasota County Supervisor of Elections Office, which is tasked with making sure that valid signatures are from county residents. On the issue of overturning the Beach Road vacation, the group had collected 7,015 valid petitions, according to the Supervisor of Elections office. In order for the initiatives to get on the ballot, the separate issues would each have to garner 13,866 petitions each.

Kompothecras wants the county to consider a new hotel on the Key.

The famed founder of 1-800-ASK-GARY has retained legal services for himself to appeal a county board’s decision that could threaten his plans for a new hotel on the island. In July, the county’s Board of Zoning Appeals ruled against the developers’ interpretation that the codes would allow them to ask the Sarasota County Commission for permission to design and build the proposed hotel closer to the street. The board ruled that a 25-foot setback is required

For residents, business owners, and vacationers, Paid Parking on Siesta has long been a question mark, but it has become a hot buzz phrase on the Key recently.

As county officials discuss the possibility of paid parking, some residents have weighed in on the issue in a survey. On Aug. 4, the SKA emailed its latest survey to members. The survey posed one question in response to a July 11 County Commission discussion regarding the potential for charging people to park at Siesta Public Beach. Commissioners indicated a keen interest in using the resulting revenue to boost mass transit options that would decrease traffic on the Key.

The survey also asked members how they feel about the possibility of the county’s charging for parking at Turtle Beach, in the public parking lot in the Village, at a proposed new parking lot/Siesta Key Breeze stop on South Midnight Pass Road and at all the county’s beach accesses. About 54 percent of respondents were in favor of paid parking in some form at the public beach only; 48 percent in favor of paid parking on all Siesta and Crescent beach accesses; 38 percent at Turtle Beach; 29 percent at the Village Parking Lot; and 35 percent were in favor possible future parking lot at the sheriff’s training site( not yet approved).

Tropical shirt wearing drivers and bells are ringing on the roads of the Key.

The Siesta Key Breeze Trolley began operating on March 20, with a constant loop in operation from Turtle Beach Park to Siesta Village. The trolley runs seven days a week, including holidays.

In May, then County Administrator Tom Harmer emphasized that staff planned to continue to keep the trolley operating past its pilot operating period. The service has proven popular on the Key and has had high ridership. 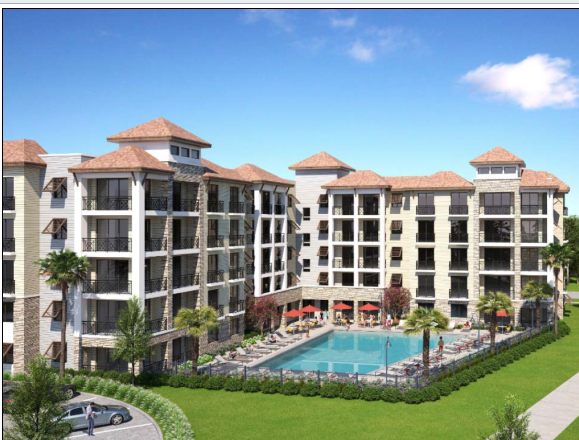 Proponents say land at the corner of U.S. 41 and Stickney Point Road seems to be prime property for redevelopment, yet a large scale Siesta Promenade project continues to draw opposition from some neighbors questioning the impacts, such as traffic and building density, on neighboring properties.

Benderson Development once again revised its plans for the mixed-use development for the property at U.S. 41 and Stickney Point Road. In July, the county planners sent Todd Mathes, director of development for Benderson, two letters detailing numerous insufficiencies in the documents the county received from the firm in late June.

Recent documents county staff received about Siesta Promenade on June 28 showed a reduction from 506 to 415 residential dwelling units and a hotel with 130 rooms, instead of the 150 originally planned. The firm still proposed 140,000 square feet of retail and office space.

If you care about Siesta Key – Donate Now

Off Key!: From Dominating Retail to Fact Checking Betrayal