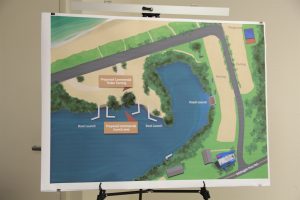 A new Sarasota County proposal to expand a management program for commercial non-motorized watercraft from Lido Key to Turtle Beach has raised alarm among some business owners, while other are taking a wait-and-see attitude as they await more details.

The biggest concern expressed in interviews is the county’s plan to charge $500 per year for a “medallion” per kayak or paddleboard. Essentially, a medallion is a certificate that proves the commercial operator who owns the watercraft has obtained a permit from the county and, therefore, has met the necessary requirements of the program, including obtaining adequate insurance, Rebekka Cline, business development coordinator with the county’s Parks, Recreation and Natural Resources Department, stated.

Because staff is proposing that the Turtle Beach program begin on June 1, she said, a reduced fee of $400 would be charged per vessel for the rest of the year. Cline also pointed out that the program year would run from April 1 through March 31. 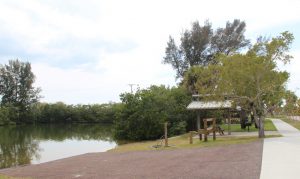 The plan is to manage the commercial activity at the launch site on Blind Pass Lagoon, in the center of the park, Cline noted. “It’s a beautiful lagoon,” she added. “We want to find a way to make it available to everybody.”

A ranger would be on-site at least part of the time to assist with the launching of the commercial vessels, Cline told one person who declined to provide his name to SNL. “The ranger’s your coordinator,” she added. “We [will] keep track of the numbers, so we know use of the park.”

Another county staff member explained that the ranger would help with assigning launch times, to ensure a more orderly process.

Only those commercial operators registered through the program would be able to solicit customers, Cline pointed out.

Staff waited until after the recent improvements to Turtle Beach Park were completed before proceeding with the proposal.

The County Commission would not have to approve the program, she added, because this would be an expansion of the initiative that began in 2013 at Ted Sperling Park, the county-owned facility on Lido Key. The only necessary sign-off, staff indicated, would come from Carolyn Brown, director of the Parks, Recreation and Natural Resources Department.

On April 18, about half a dozen representatives of the department held a three-hour open house in the Community Room at Turtle Beach Park to present facts about the proposal and listen to public comments. “I’m hoping we’ll get some good feedback today,” Cline stated shortly after the event began.

Among those who voiced their objections to the program were Mike and Sheila Lewis, owners of Siesta Sports Rentals, which was established in 1995.

“There was so much opposition” from a number of owners of kayak and paddleboard rental businesses, said Lewis in an April 19 telephone interview. “It’s worth noting that quite a few local residents gave us support, as well.”

The biggest concern, Lewis continued, is the proposed fee. The $500 annual payment for the certification would mean an expense of $15,000 for operators who put 30 vessels on the water at one time. It is not uncommon for Siesta Sports Rentals to have 30 kayakers out on a tour, she added. “It’s a chunk of money [and] it’s going to be paying for a warden all day …”

Lewis said she believes county staff is trying to stop business owners who come to Turtle Beach sporadically, but regulars, such as her company, will suffer as a result.

On Lido Key, she continued, the situation is far different. The County Commission authorized the program at Ted Sperling Park because of the large number of commercial businesses bringing guests there and the constrained site from which to launch non-motorized watercraft.

Before that program began, county staff also voiced concern to the County Commission about the potential for extensive damage to the mangroves, with multiple groups of kayakers on the water during some periods.

Siesta Sports Rentals stopped offering tours at Lido because of the situation, Lewis pointed out.

Regarding county concerns about commercial operators soliciting business at Turtle Beach Park, she continued, “We may get walk-ups.” However, she said, “We don’t take cash there like those [operators] that just come up for the day.” Anyone who wants to rent a kayak or paddleboard from Siesta Sports Rentals has to handle the transaction through one of its two locations on Siesta Key, she added.

“We’re not doing anything we shouldn’t be doing there, and we’re being penalized for it,” Lewis said.

William “Scotty” Scott, co-owner of Siesta Key Bike and Kayak, which long has had a shop on Old Stickney Point Road, told SNL that while he also went to the meeting on April 18, he would prefer not to comment on the county’s proposal at this time.

Mark Toomey, owner of Robin Hood Rentals in Siesta Village, rents kayaks, too, but he did not take time to go to the April 18 open house, he said. Although people may think tourist season ends with Easter, he added, he was too busy to leave his shop.

“I’ve been hearing about this [county proposal] for a year now,” Toomey noted. “Whatever happens, happens. I’ll roll with it,” he said. “There’s always something to worry about. I have to choose my battles.”

Regarding whether staff remains firm about beginning the program on June 1, she added that that date “is still our target but, like all aspects of the program as proposed, is subject to review and change.”