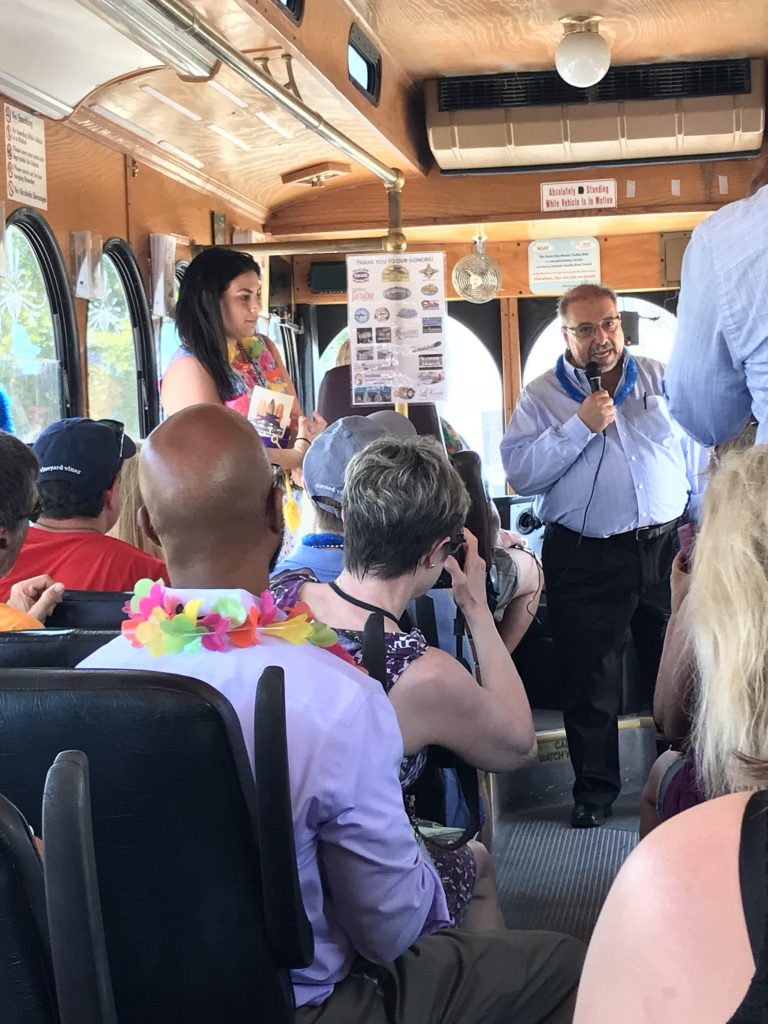 Shortly after 2 p.m. on Monday, April 9, representatives of Sarasota County Area Transit (SCAT) and the Siesta Key Chamber of Commerce — along with County Commissioner Alan Maio and business owners — climbed aboard a Siesta Key Breeze open-air trolley, which was parked at the Village gazebo. They had gathered to recognize the 250,000th rider since the service began on March 20, 2017.

The winner of multiple prizes donated by Siesta Chamber members was a woman named Noelle, who talked of her delight in being on Siesta instead of at her Connecticut home, where it had been snowing. 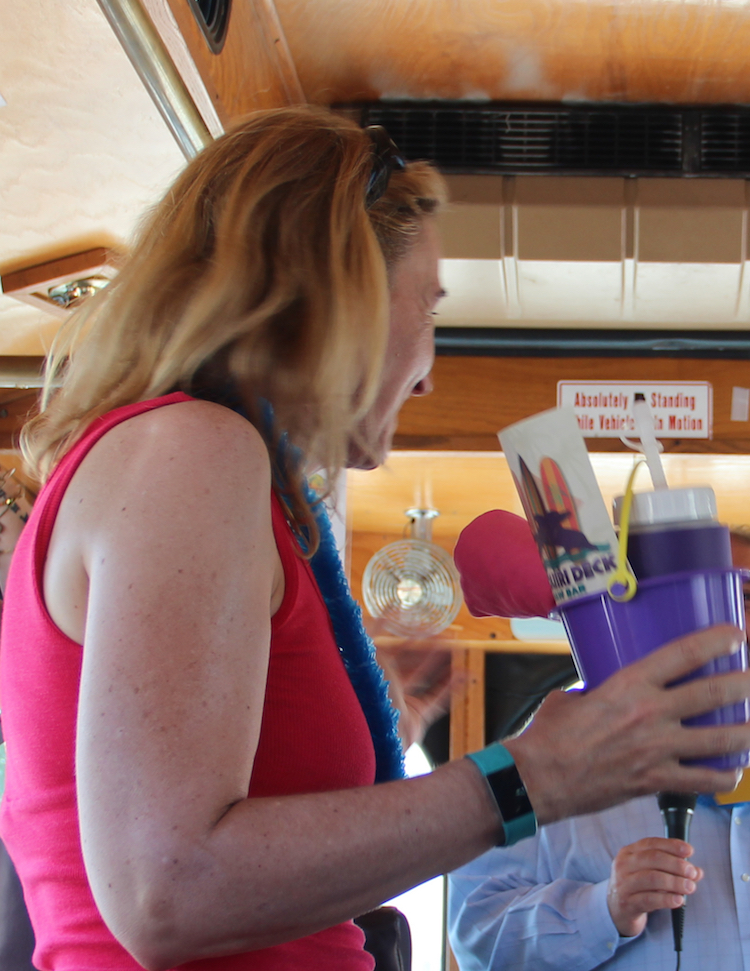 Maio joked that she would be expected to appear at future County Commission meetings to rave about the Breeze and help inspire continuation of funding for it. She said she would be happy to do that.

That line was met with whoops and applause.

By his reckoning, Maio continued, every two riders on the Breeze represent one less vehicle on the island’s roads.

“We have traffic on the Key,” he said, acknowledging, “This is the one and only time I will admit that. I refuse to say the word, ‘Traffic.’”

Therefore, he continued, the Breeze had reduced the count of vehicles on the Key by 125,000 over the past year. “That’s a fabulous number.”

Prior to the official beginning of the festivities, Terry Thompson, vice president of East region for the firm Ride Right LLC, with which the county contracts for the Breeze operations, “You’re moving a lot of people [with the trolley]. That’s what it’s really all about: congestion mitigation,” said Thompson.

Thompson also pointed out that the firm had worked hard to find the right people to serve as drivers for the Breeze. “You can’t just have any [person],” he said. The driver’s personality is a big factor in ensuring riders enjoy their trips, Thompson noted.

The bonus, he indicated, is that the drivers the firm employs love their jobs.

The April 9 event had been scheduled after a forecast for severe storms on March 20 led to county and Siesta Chamber leaders agreeing that a better weather day would be preferable for the celebration of the first anniversary as well as the 250,000th rider.

Under sunny skies — but with humidity high enough to generate plenty of perspiration among some attendees — Kendra Keiderling, SCAT’s marketing, outreach and customer service supervisor, welcomed everyone gathered at the gazebo to join some regular riders aboard the trolley. Then, at the front of the vehicle, she talked of how people on the Key had made it plain that even though a SCAT bus regularly runs a route between the mainland and the island, “no one wanted a bus.” Instead, she said, they wanted a trolley.

Keiderling offered special thanks to a number of organizations and people on the island who had pushed for the service for years.