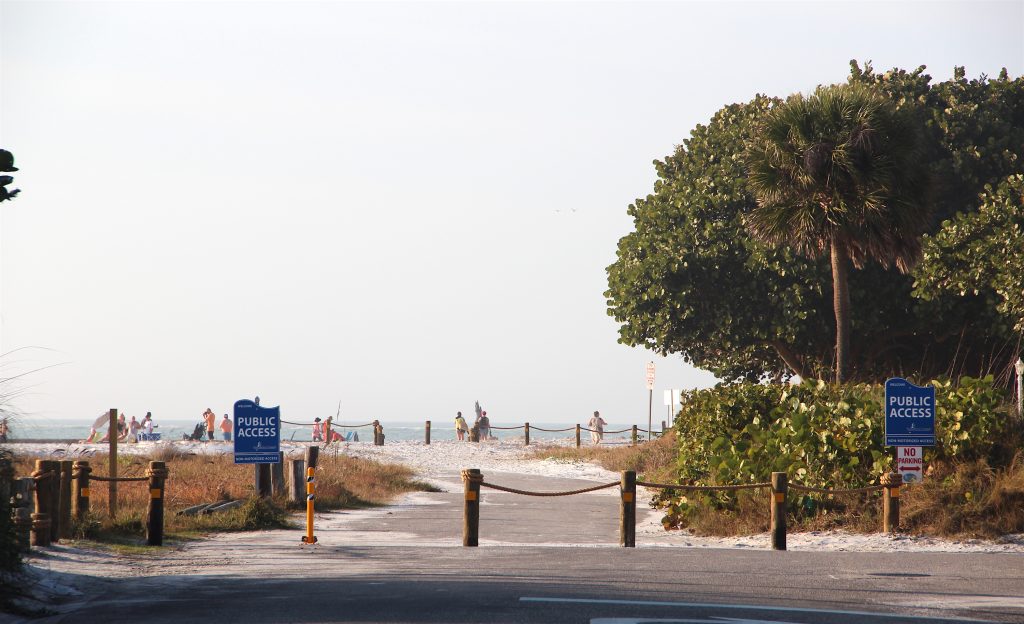 In that complaint — which Cosentino amended in February 2017 — Cosentino contended that the County Commission violated a policy in its Comprehensive Plan when it vacated a 373-foot-long segment of North Beach Road in May 2016.

On Sept. 11, Circuit Court Judge Frederick Mercurio issued a final judgment in favor of the county. He had dismissed counts in the case starting in April 2017.

That final judgment came after Mercurio ruled in August to grant a county motion for summary judgment — or dismissal — of the last part of the case involving the county.

All that remains of Cosentino’s complaint is an issue regarding Dennis and Wendy Madden, who were among the three sets of North Beach Road property owners who petitioned the county for the road vacation. Cosentino believes he will prevail against the county through an appeal to the 2nd District Court of Appeal.

In his Aug. 23 summary judgment order, Mercurio wrote, “This is a case centered around access/private use of a waterfront thoroughfare known as ‘Beach Road.” Cosentino had asked the court to prevent planned development resulting from the County Commission’s action in 2016 and “to remove all obstructions on the Beach Road right-of-way,” Mercurio added.

In the matter of this complaint, Mercurio wrote, the court found that Cosentino had no standing to challenge the County Commission’s granting of a Coastal Setback Variance to the Maddens, which was related to the North Beach Road vacation.

During the May 11, 2016 public hearing before the County Commission, testimony indicated the Maddens needed part of the square footage of the vacated road to add to the square footage of property they owned both seaward and landward of North Beach Road, so they would be able to comply with county Zoning Code standards for new construction they wanted to pursue.

The Maddens plan to tear down five structures with a total of 12 dwelling units between North Beach Road and Avenida Veneccia so they can erect a new three-story structure that will conform to modern building standards.

As part of their agreement with the county for the road vacation, the Maddens and the other two sets of petitioners agreed never to seek county approval to build dwelling units on property they all owned on the seaward side of North Beach Road. The petitioners also gave the county an easement over the vacated road segment, ensuring that the public would continue to have full access to it except via motor vehicle. The road had been closed to traffic since 1993 because of repeated storm damage.

On Aug. 31, Cosentino’s attorney, Lee R. Rohe of Big Pine Key, sent Mercurio a letter, objecting to the proposed Final Judgment that the Office of the County Attorney had drafted for the judge’s consideration following the Aug. 23 summary judgment ruling.

“Our Objection,” Rohe wrote, is based upon the lack of judicial findings in either the proposed Final Judgment submitted by the County … or the Summary Judgment Order of August 23, 2018.”  Rohe pointed out that Mercurio’s Aug. 23 order said simply that the reasons for Cosentino’s lack of standing in the case were “spelled out’” in the county’s last motion for summary judgment. The lack of judicial findings of fact, therefore, would make it difficult for Cosentino to appeal the decision to the 2nd District Court of Appeal, Rohe explained.

“Standing” is a legal term that typically centers on a requirement that a plaintiff has sustained or will sustain direct injury or harm because of an action.

In his letter to Mercurio, Rohe also referenced an affidavit Cosentino filed with the court on July 18. As recorded in that document, Cosentino had sworn to several statements under oath. Among them was that he resides “less than [half a] mile away from the property that is the subject of this lawsuit (‘affected area’).”

Furthermore, Cosentino swore under oath that he “frequently and regularly [enjoys] the affected area.” He added that he regularly drove down Beach Road until county staff worked with the Maddens to install metal and wooden bollards “to permanently block the affected area in 2017.”

Relying on the Appeal Court

When SNL asked Cosentino for a comment about the judge’s action, he provided a statement on Sept. 13.

First, referring to Mercurio’s Aug. 23 order granting the last county motion for summary judgment, Cosentino wrote, “We anticipated the results … We have known since the ruling on our original hearing on April 5, 2017 that our goal was reduced to making and preserving a record for our eventual appeal to the 2nd [District Court of Appeal].”

He added, “In layperson’s terms, the Court has ruled that the County’s actions are none of my business. This allows the Court to ignore our legal arguments. Like most cases involving comprehensive plan violations, we look forward to prevailing at the appellate court level.”