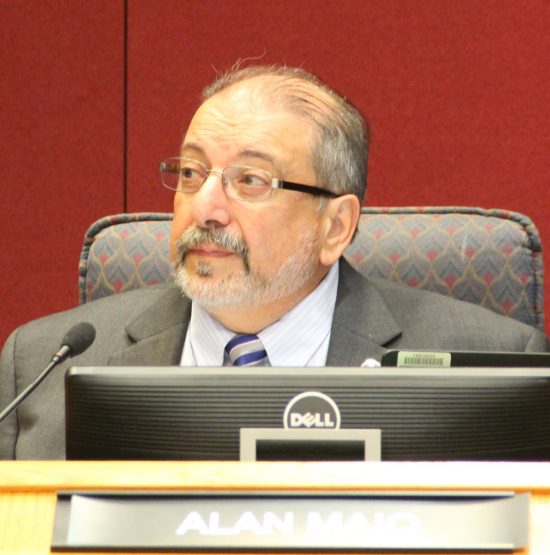 The only County Commission candidate who has raised no money is Siesta Key resident Mike Cosentino. He submitted a form early in July that serves as a notification of no activity in his account for the reporting period from June 23 through July 6.

Cosentino filed as a Democrat on June 14 to face Wesley Anne Beggs in the Aug. 28 Democratic primary.

Cosentino’s previous campaign finance record showed that he had loaned his campaign the $5,198.04 fee to qualify for the race.

SNL incorrectly reported earlier this month that Beggs appeared to have qualified for the race by submitting the sufficient number of registered voter petitions. An amended report she filed for the period of June 1-22 showed that she, too, paid the $5,198.04 filing feel.

Beggs was the second person to file for the District 4 seat. She turned in her paperwork on Feb. 8. Maio formally submitted paperwork on Dec. 13, 2017 to seek re-election to the seat, which he won in November 2016.

As with previous reports Maio has filed, a number of his 22 latest contributors were in the real estate business or real estate development. They were Carlisle W. Fiers III of Nokomis, Cemo Title Services of Venice, Worthington Property Group of Nokomis, and Sarasota Commercial Reality in Sarasota. Additionally, Maio reported checks from Truex Preferred Construction and Suncoast Architect, both of Englewood.

Maio’s top expenses in his latest report are more payments to the Venice CPA firm of Robinson, Hanks, Young and Roberts and The Thomson Group of Sarasota. The latter business handles communications and social media. Maio paid the CPA firm $500, while the expense noted for The Thomson Group was $400.

Sarasota County School Board member Eric Robinson is the Robinson in the Venice firm. Rod Thomson, a well-known Republican activist in Sarasota, is the principal of The Thomson Group.

As she has in recent reports, Beggs again led the way with the number of contributors — 49. However, she accounted for three of those, for in-kind services. Among them were separate payments of $164.18, $49.63 and $31.44 for office supplies for marketing.

In contrast, Maio’s monetary contributions for the latest report were ether $100 or $200.

Among those listed as contributors in Beggs’ report for the period of June 23 through July 6 were Jono Miller, retired director of the Environmental Studies Program at New College of Florida, which is Beggs’ alma mater; and past Sarasota Mayor Kelly Kirschner. In her prior report, Beggs identified a campaign with a range of occupations, such as “Lab Tech,” “Computer Programmer” and “Student.”

Both Ramirez and Beggs note in their latest reports that a number of those who have given money to their campaigns are retirees.

Beggs’ biggest expense for the period of June 23 through July 6 was $600 for software.