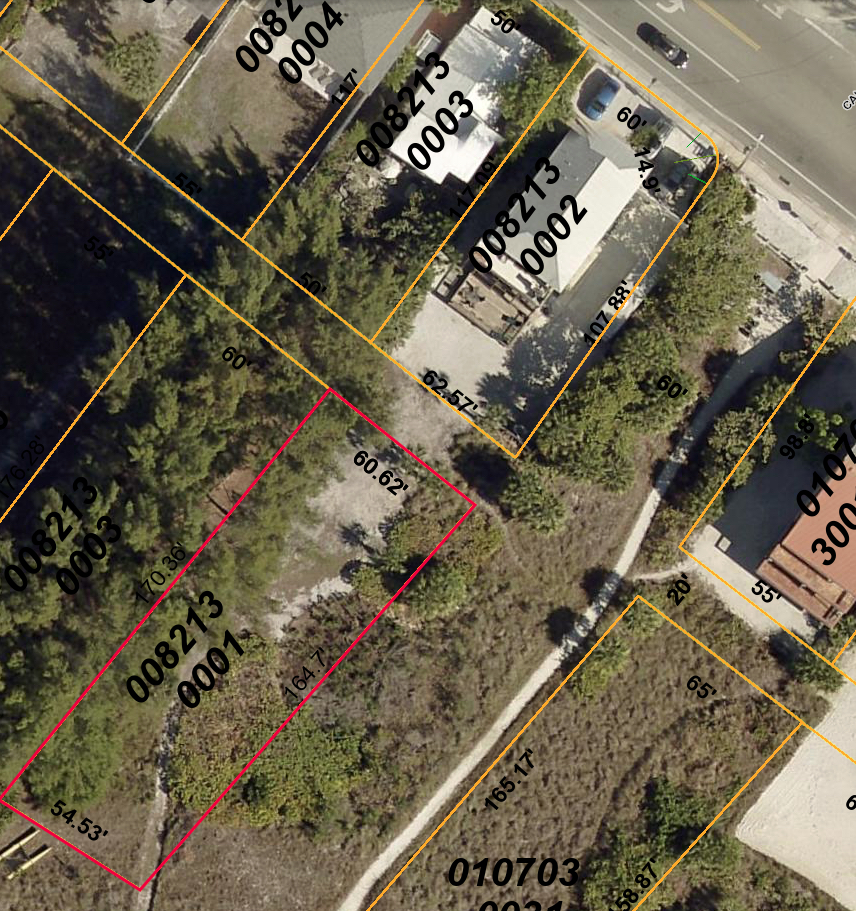 Sarasota County’s Environmental Permitting Division staff has continued to question a Siesta Key applicant’s assertion that a proposal for a three-story house fully seaward of the Gulf Beach Setback Line (GBSL) would not have a negative impact on the coastal system.

Furthermore, Weiqi Lin of that staff pointed out in a second Request for Additional Information (RAI) that if the applicant — Saba Sands II — continues to plan use of Beach Access 10 for a driveway to the house, then the company would have to construct a new Access 10.

Lin sent the second RAI on May 8 to Robert K. Lincoln, attorney for Saba Sands II, and three other project team members, including Michele Steinbaum of Steinbaum and Associates, author of the environmental report the group submitted to the county almost exactly a year ago.

The proposed house would stand on accreted beach west of the house at 654 Beach Road on Siesta Key.

Lin pointed out that he was responding to answers the project team provided the county staff on March 16 and April 4, in reply to the county’s first RAI. Among his questions, Lin asked the project team to explain why it maintains that the Coastal Setback Variance for which Saba Sands II applied on May 18, 2017 “is the minimum variance necessary to permit reasonable use of the property.”

Sarasota attorney William A. Saba is the principal of the limited liability company, state records show.

“The revised plan,” Lin wrote in the May 8 RAI, “did not show any decrease of construction areas” compared to the facets of the original proposal. The request is for a three-story structure, over parking, totaling 3,496 square feet of habitable space and 2,148 square feet of uninhabitable space, including a ground-level garage, entryways and covered balconies, Lin pointed out, as well as a swimming pool and deck.

In 1998, Lin noted, the County Commission “denied a variance request on the subject property for construction of a residence that was less intrusive seaward of the GBSL than the current proposal.”

In the original application, filed in May 2017, Saba Sands II sought a Coastal Setback Variance to build a house comprising 1,590 square feet. Furthermore, Saba wants to install a 20-foot paver drive and utilities in the county right of way on Calle de Invierno, which is designated on the west side of Beach Road as Beach Access 10.

Lincoln has indicated that the county’s denial of Saba’s plans would be a “taking” under the guidelines of the state’s Bert J. Harris Jr. Private Property Rights Protection Act.

In the project team’s March 16 responses to the first county RAI, Lincoln pointed to a number of changed circumstances since 1998:

(Sarasota County Property Appraiser Office records show the land area considered for taxable purposes in 2017 was 13,082 square feet. The market value it assigned to the land was $156,000. Saba Sands II paid $175,000 for the property in November 2012.)

Nonetheless, Lin and Howard Berna, manager of the Environmental Permitting Division, have — on numerous occasions — cited the importance of restricting any new construction to areas landward of the Gulf Beach Setback Line. The GBSL, they have pointed out, is designed to protect the beach and property east of it. Lin has called it the figurative “line in the sand.”

Among the questions in the May 8 RAI, Lin noted, “The requested variance does not adversely affect Coastal Systems.”

Under county regulations, he continued, “Coastal System” includes not only the beach but also the upland dune system. Why would the proposed new residential structure and pool “proposed within the dune system … not adversely affect the Coastal System?” Lin wrote.

Moreover, Lin sought an explanation of statements in the March documents saying the construction techniques “would not have significant, permanent adverse impacts to sand dunes, other stabilizing features, or the coastal system,” in the area proposed for the house. “Please provide detailed information on these construction techniques for further evaluation by County staff,” Lin added.

As for impacts to Beach Access 10: The May 8 RAI pointed out that the access “is located within the Calle Del Invierno right-of-way and has served as a public beach access for decades.”

Based on the County Right-of-Way Use Permit Review, the RAI said, “the road cross-section design must meet the County standard of a residential local road with open drainage and not the designed private driveway [emphasis in the document].”

Thus, the May 8 RAI noted, a new Beach Access 10 would be necessary, adding, “The public should not be responsible for the burden to create the new Beach Access 10 entry. Please clarify that it is the intent of the Petitioner to pay for these capital improvements.”