For the last few months Vice-Mayor Jack Clarke has been trying to give the old Heave-Ho to his boss, Bradenton Beach Mayor Bill Shearon. In mid-September Mr. Clarke filed an Agenda Request Form for a Special Commission Meeting where he wished to file a motion to initiate a Forfeiture of Office Proceeding against the mayor. In other words, to dump him. So far, dozens and dozens of pages of allegations, claims and counter claims have been generated and filed by both sides in this really big He Said/She Said case. But September could not have been the beginning of all this. Like a blister that is ready to pop, there had to have been a great deal of friction going on for some time to bring things to a head, and yet in September the mayor had been in office for less than a year.

So, to create this much schadenfreude Shearon must have, during his first few months in office, committed enough high crimes and misdemeanors of Clintonian proportions, to truly upset the good people of Bradenton Beach, or at least their commissioners. Evidence of these acts, as detailed by Mr. Clarke, bring to mind the types of novel that start off with the line “It was a dark and stormy night”. Using the metaphor of a “ship” for the “city” he states that “the ‘Ship’ has been repeatedly taken off course”, “has been directed into the eye of many storms”, “we are taking on water”, “the ship is barely seaworthy” and “our crew…well they are exhausted and battered”.  He went on to write “Let me be more specific”, as if he had been somewhat specific up to that point. He then accused the mayor, in many different ways, of not being a good administrator and of being hard to deal with. While these charges may be true (or not), they don’t qualify as felonies – unless you count the one where Mr. Clarke accused the mayor of purchasing a software package produced my Microsoft.

Since it pretty much takes his committing a felony, or of not attending 3 commission meetings in a row without a written note from his mother, it will be pretty hard to oust Mayor Shearon anytime soon. In fact, since Shearon’s term of office is only two years, he will be up for re-election this coming November. Then why, one might ask, try to get rid of him so close to the next election as the ouster might not take place until the middle of 2015 at the earliest.

Oh, did we mention that Jack Clarke, being Vice-Mayor, will become the mayor of Bradenton Beach if he is successful in getting rid of Mayor Shearon? Or that Commissioner Jan Vosburgh, who also voted against Mayor Shearon, is running for re-election against Tjet Martin, who is Mayor Shearon’s life partner? Or that the lawyer claiming that the forfeiture procedure is legal is also the lawyer previously involved in a lawsuit against the mayor?

As previously stated, this is a big He Said / She Said case, but it should also be noted that the commissioners trying to oust the mayor are running up legal fees and administrative costs that will rival the unproven charges of misspending that have been brought against the mayor.

Longboat Key is the key to the south of Anna Maria Island, on which Bradenton Beach is located. Both keys have restaurants run by Ed Chiles, son of former governor Lawton Chiles. A good question might be, So What?  Well, the lawsuit that Mayor Shearon was involved in was against Ed Chiles and his Bradenton Beach restaurant, claiming that the restaurant was taking up too much of a city park for its own customers’ parking spaces. And now Mr. Chiles’ Longboat Key restaurant, the Mar Vista, has just had a plan approved whereby it can add a second floor deck to that restaurant. Local residents complain that a second floor, open air restaurant will dump noise all over the neighborhood and that the restaurant had not submitted a noise analysis.

However local residents can relax as the Mar Vista will not be violating any Longboat Key noise ordinances – for the simple reason that, according to Longboat Key Planning, Zoning and Building Director Alaina Ray, there are no decibel restrictions for noise. Planning Board member Andrew Aitken said the town needs a decibel restriction and “when we rewrite the codes, we can be a little more specific”. Of course by then, the second floor of the restaurant will have been built.

Round and round we go 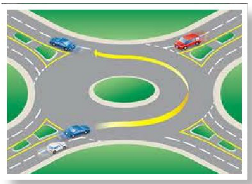 intersection in our area. And, of course, every time they do so, a very vocal group gets up in arms about it. They attend meetings, say how terrible roundabouts are and admit that they have never driven around one. Why would they drive around one, they hate them.

After the roundabouts are installed one never hears from the group again. No “I told you so” is heard as traffic moves more smoothly and accidents are down. But, strangely, when the next roundabout is proposed, that group is out there again, as vocal as ever. Well, they now have their next chance to complain. It appears that one is in the process of being proposed for Longboat Key at the Broadway intersection. The FDOT feels that that intersection is not a good place for a crosswalk and that everyone would be better served with a roundabout. Four other intersections will, however, get crosswalks in the near term.