From Appliance Drama to Instant Karma…

As Seen on Craigslist:

“For Sale: Double door refrigerator. Ice maker works, however it does not dispense ice…”

Florida’s first execution in 18 months took place on August 24th. It carried out a sentence handed down almost 30 years ago when Mark Asay was convicted of the racially motivated murder of Robert Lee Booker and Robert McDowell in 1987. Booker was black and trial testimony established Asay used a racial epithet before he fired the shot that killed him.

Part of the delay in Asay’s execution – the last 18 months – was due to a review by the Florida Supreme Court of the state’s death penalty guidelines, with the result that those guidelines have now been revised to require a unanimous jury decision for the death penalty to be applied. Which means losers like Joseph Smith, who raped and murdered Sarasota preteen Carlie Brucia in 2004, now gets a new sentencing trial since the death penalty handed down by the jury that convicted him in 2005 was not unanimous decision.

Friends and supporters of the Brucia family protested Smith’s vacated death sentence in downtown Sarasota last month, poignantly pointing out that there can be no such vacated sentence for Carlie.

Just consider the numbers here: 30 years for Asay’s sentence to be carried out? 12 and counting for Smith, who may now get a life sentence instead.

Last month in this space we mentioned the case of Giuseppe Zangara who was convicted of murder and attempted murder in the aftermath of his failed attempt to assassinate Franklin Delano Roosevelt in Miami Beach in 1933. (As explained, his shot missed the mark, killing the mayor of Chicago instead).

His famous last words were “Push the Button.”

Now consider this: Zangara’s crime took place on February 15, 1933. He was tried, convicted and executed over a span of just five weeks, culminating in his death in the electric chair on March 20, 1933.

Working Against a Stiff Headwind 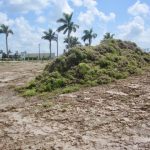 Throughout most of September the folks at Suncoast Aquatic Nature Center Associates (SANCA) – the group charged with pulling off the World Rowing Championships finishing up this week at Benderson Park – must have felt like Sisyphus pushing his legendary boulder up the hill only to have it tumble back down to the bottom as it neared the top, sending the forlorn Sisyphus back down to retrieve it and begin the task anew.

Besides all the other obstacles involved in pulling off an undertaking of this magnitude, the group had to deal with 18 inches of rain on August 27-28 that swamped the park, washing away freshly laid sod near the northern entrance, inundating picnic tables along the shore and costing valuable time needed to pull everything together before the arrival of thousands of rowers, their support staff, families, spectators and members of the media in the days leading up to the event’s start date of September 24th.

Then came Hurricane Irma on the 10th of September, with more rain (though less than the earlier deluge) and wind gusts of up to 70 mph. 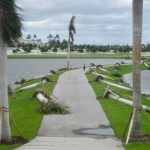 Trees were uprooted at the south end of the lake and dozens of recently planted Royal Palms on the north end were knocked down like dominoes.

Of all the thought and planning that went into this event over several years, the one vulnerability that remained unchanged throughout was the start date near the peak of Hurricane season.

There are few places more beautiful and better equipped to stage a competition like this than here in Sarasota. Just the same, there are few places in the nation more dangerous from the standpoint of weather than Florida in September, a lesson we all just learned anew.

A Fan to the End…

Longtime Philadelphia Eagles fan Clayton Riegel passed away recently, but before he did, he added one final wish to his last will and testament: that eight members of the team serve as pallbearers at his funeral so that, in his words, “The Eagles can let me down one last time.”

Veteran Sarasota Herald Tribune columnist Tom Lyons left the paper recently due to a disagreement with management stemming from his being reassigned to an editor he says he is unwilling to work under. That explanation comes from the award-winning columnist’s Facebook page, where he goes on to say: “had my new editor been, say, Steve Bannon, I might have given it a go. Assigning this particular editor to me was a sharp stick in the eye.”

Lyons does not name the editor he was reassigned to, but local private investigator Bill Warner reports on his web page billwarnerpi.com that it was ‘apparently’ Lee Williams, formerly a Herald Tribune reporter and author of gunwriter.com.

Warner describes the animus between the two men as being rooted in the same clash of ideologies that has surfaced in so many corners of daily life in recent months, describing Lyons as ‘anti-cop, anti-local government, anti-US military’ and more while describing Williams as ‘pro-cop, pro-local government and pro-US Military.’

I haven’t read much of Williams’ work, but I have been a regular reader of Lyons since he arrived at the Herald Tribune from the Gainesville Sun twenty or so years ago. While I wouldn’t be surprised if his political leanings are left of center (not unusual among journalists), I have always found his reasoning to be fair to those on both sides of the issues he has written about, even if I disagreed with his ultimate conclusions on a particular subject. And I certainly wouldn’t call him anti-cop, unless questioning the conduct of one cop in one instance can be considered an indictment of all cops in all cases.

I think the best thing you can say about a columnist dealing with personal and policy disputes like Lyons has for so many years is that he or she is fair. Or at least tries to be.

I believe that can be said about Lyons.

I wish him luck. And the Herald Tribune too. I still love newspapers. He made theirs better.

Bumper Sticker of the Day

Lester Holt and the whole NBC Evening News team showed up in Sarasota the day after Irma swept through the area. And you just know it wasn’t to highlight our luck in dodging a direct hit. More likely, it was in anticipation of what was expected to be landscape of mayhem and loss.

Oh well, their loss is our gain…

University of Tampa sociology professor Kenneth Storey blew up the twitersphere in the aftermath of Hurricane Harvey’s Texas landfall when he tweeted that while he didn’t believe in instant karma, it just might explain the devastation in Houston the storm caused as being pay back for Texas voting Republican in the last national election.

The University of Tampa promptly fired the professor, proving that, yes professor, there really is such a thing as Instant Karma.