The End of an Era in Sarasota

Voters in Sarasota have decided to shake things up on the city commission, preferring political newcomers Jennifer Ahearn-Koch, Hagen Brody and Matin Hyde over incumbent Susan Chapman and former commissioner Fredd Atkins for two at large seats on the board. The three newcomers will face-off in a runoff election on May 9th to determine the final winners.

Chapman had touted her experience and the importance of preserving the “institutional memory” of the commission in her decision to seek reelection. But in keeping with broader political trends nationwide, voters appear to have put a greater premium on looking ahead rather than on revisiting the past this time around.

Known for her tenacity in pursuing policies important to her core supporters – namely noise complaints from neighborhood groups and growing concerns over loitering by the homeless downtown, Chapman was never shy about voicing her opinion on the issues of the day, making her a refreshing and often entertaining fixture in local politics. Unlike many office holders, you always knew where Chapman stood, earning her grudging respect even from her political opponents.

Rebels Without a Pause?

County plans to sell surplus property near the Celery Fields east of I-75 near Fruitville have ignited protests from nearby residents who fear the impact of proposed development of the now vacant land. But the parcels in question are abutted on three sides by industrial/warehouse space. The nearest homes to the west are over a half-mile away, with commercial property filling the gap between; and to the east, where most of the protesters appear to live? Well here it is at least three-quarters of a mile to the nearest home. What’s more, the development that is feared will so heavily impact the area is a restaurant supply store and a recycling center. For comparison, Benderson Development’s Siesta Promenade project under review for the northwest corner of US 41 and Stickney Point Road would add up to 500 condos, a 150 room hotel and 140,000 square feet of retail space to one of the most densely populated and congested areas of the county with perhaps 3,500 homes or more within a three-quarter mile radius.

Now everyone has the right to protest development in their backyards…it’s just that when most of the backyards affected are a mile or more away, well, let’s just say you might have a hard sell making your case.

Bumper Sticker of the Day…

I’d rather push a Harley than ride a Honda.

Most Creative Use of Tourist Bed Tax Funds…

And the winner is…Pasco County for its contribution to a clothing optional 5k run. Known as the “Dare Bare,” the race is held each May in Land O’ Lakes. It is billed as the largest clothing optional race in the nation. 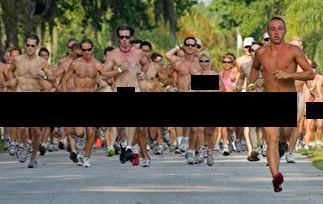 It’s a sweet life for this Kansas couple

The office of Michael Saunders & Company, 5100 Ocean Blvd., is asking the community to participate in a holiday toy drive that supports local agencies. Please contribute a new, unwrapped toy to the donation box in the business’ lobby.

The Siesta Key Oyster Bar, 5238 Ocean Blvd. in the Village, is celebrating its 18th anniversary on Friday, Nov. 19. Enjoy a bunch of menu items that will have prices that day that reflect 2003.

The ABC’s of Siesta Key, a children’s book featuring illustrations by Shawn McLoughlin that showcases all things Siesta Key, is now for sale at the Siesta Key Chamber of Commerce, 5114 Ocean Blvd. in Davidson Plaza.The book depicts different local events and scenes that correlate with each letter of the alphabet.The price is $15.For more […]

Beach yoga is calling your name

The public is welcome to attend free yoga classes on the beach, hosted by instructor Lynn Messier Hagen. They are held at 9 a.m. Tuesdays at Thursdays, and 5 p.m. Wednesdays, behind the blue and green lifeguard stations on Siesta Beach. Classes are geared toward all ability levels. Donations are encouraged.