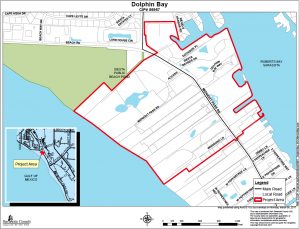 Residents of the Sanderling Club and Dolphin Bay are next in line for “sanitary pipeline infrastructure rehabilitation,” thanks to unanimous votes by the County Commission on May 9.

As with similar work last year, the contractor will be Insituform Technologies LLC, which has an office in Tampa.

The Sanderling Club Basin contract is for $192,786.41; the Dolphin Bay Basin contract, $107,084.04, according to memos from the county Utilities Department staff to the commission.

Both projects have been planned to begin early this summer and last all through the summer, the memos note. Residents in the immediate areas “will be notified by postcard of upcoming construction at least two weeks prior to the start of work,” each memo points out. 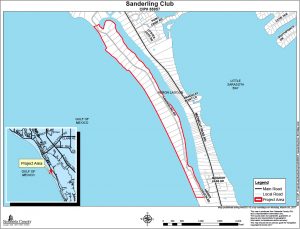 In both the Sanderling Club and Dolphin Bay basins, Insituform will undertake “trenchless reconstruction” of 8-inch diameter vitrified clay pipe (VCP). The projects should extend the life of the infrastructure by more than 50 years, the memos point out.

The Sanderling Club work will involve about 5,569 linear feet of pipeline; in Dolphin Bay, approximately 2,782 linear feet of pipe. The projects will be paid for with revenue from the county’s penny surtax program and sewer rates, the memos add.