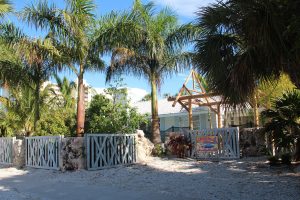 This summer, a flurry of emails called into question the legality — under Federal Emergency Management Agency (FEMA) and Sarasota County regulations — of new construction at 95 Avenida Messina in Siesta Village.

A writer identified only as “Concerned Citizen” contacted county Building Official Kathleen Croteau and county Code Enforcement personnel in early June about redevelopment of the house and the addition of a pool and tiki hut. The work appeared to be going on without the proper permits, Concerned Citizen wrote in an email.

As Croteau indicated to SNL in a recent telephone interview, the owner of the property seemed to be the real focus of the complaints. The owner apparently is Shawn Kaleta, who was under fire last year on Anna Maria Island for undertaking construction without the necessary permits and allegedly causing damage to city property, as reported by The Islander newspaper on Anna Maria.

Shawn Thomas Kaleta of Holmes Beach is identified in county documents as the applicant — through Beach to Bay Investments — for the permit for the 12-foot by 16-foot tiki hut at 95 Avenida Messina.

The county Property Appraiser’s Office shows that the property is owned by Siesta Key Beach House LLC, with a Holmes Beach address. The house was purchased in December 2015 for $926,000 from the Wildenburg Family Trust. The land encompasses 12,192 square feet, according to the records. A check of the state’s Division of Corporations website shows Siesta Key Beach House’s registered agent is attorney Louis Najmy in Bradenton. The limited liability company was organized in December 2015 — two days prior to the purchase of the 95 Avenida Messina property.

The Concerned Citizen on Siesta Key questioned whether work on and around the house was in violation of the state’s Coastal Construction Control Line (CCCL) and whether Kaleta was violating the FEMA 50-percent rule that requires a structure in a floodplain to be elevated if renovations to it will cost more than 50 percent of its appraised value.

As of Aug. 9, Croteau said, county Building Department records continued to show a number of permits for ongoing construction, including those for a tiki hut and an addition on the rear of the house. She wrote Concerned Citizen in June to say that Code Enforcement issued a Notice of Violation for the beginning of work on the tiki hut without the necessary permit. The application for that permit subsequently was submitted, she added.

The pool has been completed and inspected, Croteau noted in an email to Concerned Citizen. She added in early June that while the original permit application indicated an aluminum fence would be erected around the perimeter of the pool, the contractor submitted a revised application for the necessary rock/wood wall. “The plans reflect compliance and staff will ensure during inspection the safety barrier meets the minimum requirements of the Florida Building Code,” Croteau wrote.

The state Building Code does require “a safety barrier to completely surround the pool perimeter,” Croteau confirmed for Concerned Citizen.

At one point, county staff was denied access to the interior of the structure, Croteau informed Concerned Citizen in early June. In response to photos Concerned Citizen had sent her, she pointed out, “Photos of the work must be dated and authenticated by the photographer to be able to be used in an investigation or staff must visually observe the violation. No building code violations were observed on the outside of the building. Authenticated photos will assist with investigation.”

Concerned Citizen replied about five days later, saying a local real estate agent who took the photos “wishes to come forward to date and authenticate the ‘before’ photos.”

In a later email, Croteau wrote, “Staff was granted access to the existing residential structure and visually inspected improvements,” which included new cabinets, flooring, light fixtures and interior doors. Those did not require a building permit, she added. However, the work had to comply with the 50-percent rule, she continued, and staff “will ensure minimum requirements are met.”

Regarding the CCCL, she told SNL, “a tiny piece of the structure is in that zone.”

She told SNL that the pool had been completed and inspected by county staff. Yet another matter Concerned Citizen cited involved rocks in the right of way by the house. Croteau told SNL that she understood that matter is being addressed with county staff members who handle land development rules.

“They were going to make sure they were compliant in the end,” Croteau stated, referring to the owner and contractors.

A complaint about signs in the right of way — apparently those advertising the property is for rent — was resolved in early June, county records show, after a courtesy Code Enforcement notice was issued.

Yet another complaint — regarding the installation of irrigation systems without a permit — was determined to be unfounded, according to county records.
“We’ll keep monitoring the site,” Croteau said. If any other issue came up, she said, county staff would address it.

The house is marketed for rent through the Siesta Key Luxury Rental Properties website as “Sunset Splash.” The website says it has four bedrooms and two bathrooms, noting, “This newly renovated home sleeps 16.” The fee ranges between $2,450 per week in late August to $14,994 for the weeks of Christmas and New Year’s, the website says. The highest fee in the spring of 2017 is $12,250 for the week of April 15.

Siesta Key Hardware, a tribute to an iconic store