Films written and produced by Florida Filmmakers brought energy and sparkle to the 17th Sarasota Film Festival, a 10-day international event which took place in April.  Of more than 250 offerings, 30 films—some shorts, some   features—were created by artists living and working in Sarasota and throughout the State of Florida.

The eagerly awaited “Paradise, FL” was perhaps the most ambitious feature.

Written and produced by Tony Stopperan—assistant to Ringling College of Art and Design president Larry Thompson—the tale was directed by RCAD alumnus Nick Morgulis. Shot in and around Sarasota and in the fishing village of Cortez, the film tells the story of an oyster fisherman dealing with addiction while struggling to help care for his friend’s family. The production was impressively polished and beautifully filmed by six FSU Asolo Conservatory-trained actors supported by a crew of 17 Ringling College students and recent graduates. 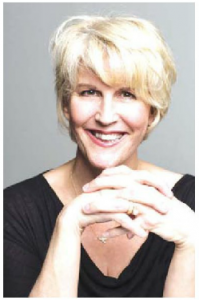 Siesta Key’s own KT Curran directed “When the Party Ends”, a 17-minute short dealing with the subject of AIDS.  A gifted director, actress and writer, Curran specializes in the creation of plays and films aimed at teenagers. She is the founder and artistic director of Source Productions, which tackles health and social issues of importance to young people, subjects many are loathe to discuss.

“When the Party Ends” is about a young man concerned that he may have been infected with HIV.  KT Curran developed the script with Frankie LaPace, a 24-year-old writer and actor who graduated from Booker High School’s Visual and Performing Arts Program.  The story was filmed in downtown Sarasota at the Ivory Lounge and also around Five Points Park. Besides LaPace, it stars Jimmy DiPaola, another Booker graduate.

Statistics show that Florida leads the nation in new HIV infections. Although AIDS and HIV no longer carry automatic death sentences, they need to be discussed. Curran is hoping that the film will be used with school groups and various discussion groups so that the subject will lose its stigma and be brought into the open.  She intends to increase interest in the film by taking it to the Cannes Film Festival, where LaPace and others in the production will join her.

“When the Party Ends” received a great deal of community support. Produced by Planned Parenthood of Southwest and Central Florida, the film received financial support from the Our Sarasota Fund, the Community AIDS Network, and the McCauley-Brown Fund from the Community Foundation of Sarasota County.

Not yet a Sarasota County resident, famed actor/singer/dancer Ben Vereen soon will be—at least for

the next several months.  Usually based in Miami, Vereen is being brought here to direct the musical, Hair, which will open this fall at the Venice Theatre.  (Tryouts slated for May 3 – 10.)

Ben Vereen’s career has been stellar. Born in 1946 in Miami, he grew up in Brooklyn and attended New York’s High School of the Performing Arts.  In 1971 he earned critical recognition for his dazzling performance as Judas Iscariot in Andrew Lloyd Webber’s Jesus Christ Superstar. The following year, Fosse cast him in Pippin, for which he received a prestigious Tony Award for Best Actor in a Musical. He went on to receive an Emmy nomination for his crafty portrayal of Chicken George in Alex Haley’s TV miniseries, Roots. Those represent only three accolades out of dozens received by Vereen during his lifetime of performances.

The legendary Ben Vereen was featured in Richard Gere’s film, Time Out of Mind, which opened the 2015 Sarasota Film Festival. That film was directed by Sarasota Alumnus Oren Moverman. It dealt with the issue of homelessness—a subject of much concern in our beautiful city.

A DREAM LAST NIGHT to be filmed in Southwest Florida