Through the eyes of a veteran

Gordon Garrett was a Captain in the Air Force during the Cuban missile crisis. He served from 1960 to 1963, most of that time at Eglin Air Force Base located in the Florida Panhandle­. This was the base which served as the staging ground for Viet Nam. 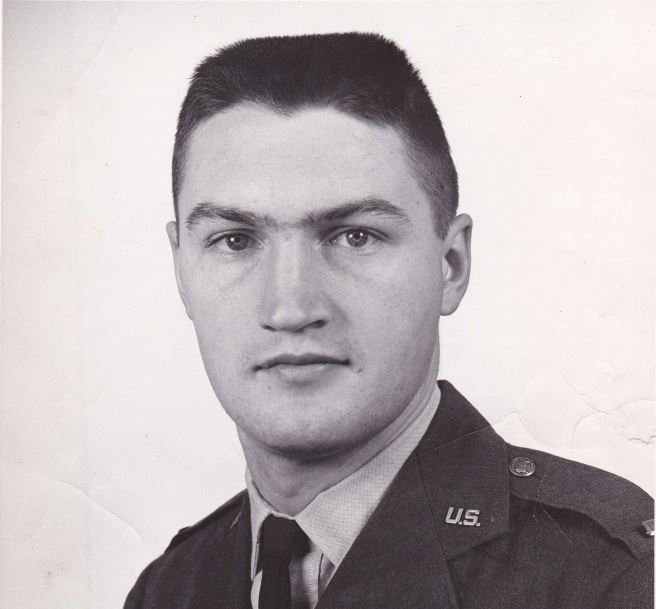 In July of 1962, Nikita Khrushchev had secretly agreed to Cuba’s request to place nuclear missiles on the island to deter a future invasion. Before long, construction of several missile launch facilities was underway. When a U-2 spy plane produced clear photographic evidence of this construction, the US established a military blockade to prevent further missiles from reaching Cuba.

On October 13 of 1962, Captain Garrett received top secret orders labeled DEFCON #2.  (DEFCON #2 translates to “Defense Condition #2.” The seriousness of this message is extreme, for DEFCON # 1 means war!) These top-secret orders designated Elgin Air Force Base as the jumping-off point for most of the Invasion of Cuba. The Cuban missile crisis was underway.

Fighter Jets stood at the ready. Latrines had to be dug, for pilots were never to be more than two minutes away from their plane. B-52’s with H-Bombs were already based at Eglin, some of which were circling Cuba. Cargo planes stood ready, loaded with big heavy equipment. It was a time of enormous tension, for the DEFCON #2 orders remained in effect for 13-days (October 15- 28, 1962). The Cuban missile crisis was considered the closest the Cold War came to escalating into a full-scale nuclear war.

There were serious decisions to be made at Eglin Air Force Base. If Cuba realized that American forces were being amassed at that base, it would become a major target. Up to 20,000 military dependents were housed in the area, among them Captain Gordon Garrett, his pregnant wife and one child. Where would these dependents go? It would have to be a mass exodus! Ultimately it was decided that dependents would stay put.

There were many close calls. A Russian Sub was part of the Armada headed towards Cuba, fully armed with nuclear weapons.  An American ship dropped depth charges over this sub, and its Russian Submarine Commander prepared to fire off his weapons. Fortunately, that officer was talked out of doing so by his 2nd in Command, and a terrible war was averted.

Letters flew back and forth from Khrushchev to JFK, some of them extremely hostile. Kennedy chose to respond only to the gentler communications. The Russian leader must have said to himself, “Maybe we can make a deal.”

After a long period of tense negotiations, JFK and Khrushchev publicly agreed that the Soviets would dismantle their offensive weapons in Cuba and return them to the Soviet Union. In exchange, the US made a public declaration agreement to avoid invading Cuba again.  Secretly, the US also agreed that it would also dismantle all missiles located in Turkey and aimed towards the Soviet Union.

It was an unforgettable time in Gordon Garrett’s life. Still, the naval blockade of Cuba ended on November 20, 1962, and the crisis faded. Captain Garrett left the Air Force in 1963 to join the Reserves, where he served from 1963-1968.

Gordon had been raised mostly in Oak Ridge, Tennessee. His father was one of the first workers at Oak Ridge as part of the Manhattan Project. Although his dad had been selected to enter West Point, there was not a lot of money in the family, so he went to work.  After taking only two college classes, Gordon’s dad took a job at Oak Ridge. There he received on-the-job-training, and ended up being the Supervisor of a Nuclear Group. Many others in the Group had advanced degrees.

Following his military service, Gordon graduated from Denison University in Ohio, and then attended the University of Tennessee, where he received a Master’s Degree in Business Administration. He briefly considered working for the CIA in Washington, but decided instead to go with Proctor and Gamble, where his main claim to fame was introducing Bounty Towels into the test market.

He continued as a marketer for Warner-Lambert, where he worked with a staff of 700, calling upon the headquarters of various stores to place Warner-Lambert products. 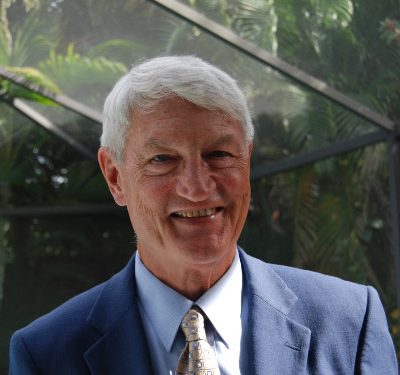 Retiring in his 60’s, Gordon found himself with too much time on his hands. Lion’s Club International Foundation was looking for a professional manager. He took the job and traveled the world raising and giving away money in substantial amounts. (The Lions donate 35 million dollars annually to charitable projects such as providing one million cataract surgeries in China.)

Gordon spent six adventurous years traveling the world for The Lions.  Fortunately, he was able to take his first wife, Penny, with him on many of these international expeditions, even as her health was failing. The couple shared two wonderful sons, three grandkids, and one great-grandchild, but after 50 years of marriage, Penny sadly passed away.

Gordon had always been a tennis enthusiast. An avid player, he had even attended the US Open for 29 years running!  Sometime after Penny’s death, Gordon connected with Sue Lewis here at The Landings. Sue had owned two stores in Atlanta specializing in tennis and sports attire, was widowed, and equally committed to the sport.  Before long they were married.

Today, Gordon and Sue enjoy life at The Landings. They have made many friends and enjoy their beautiful surroundings.