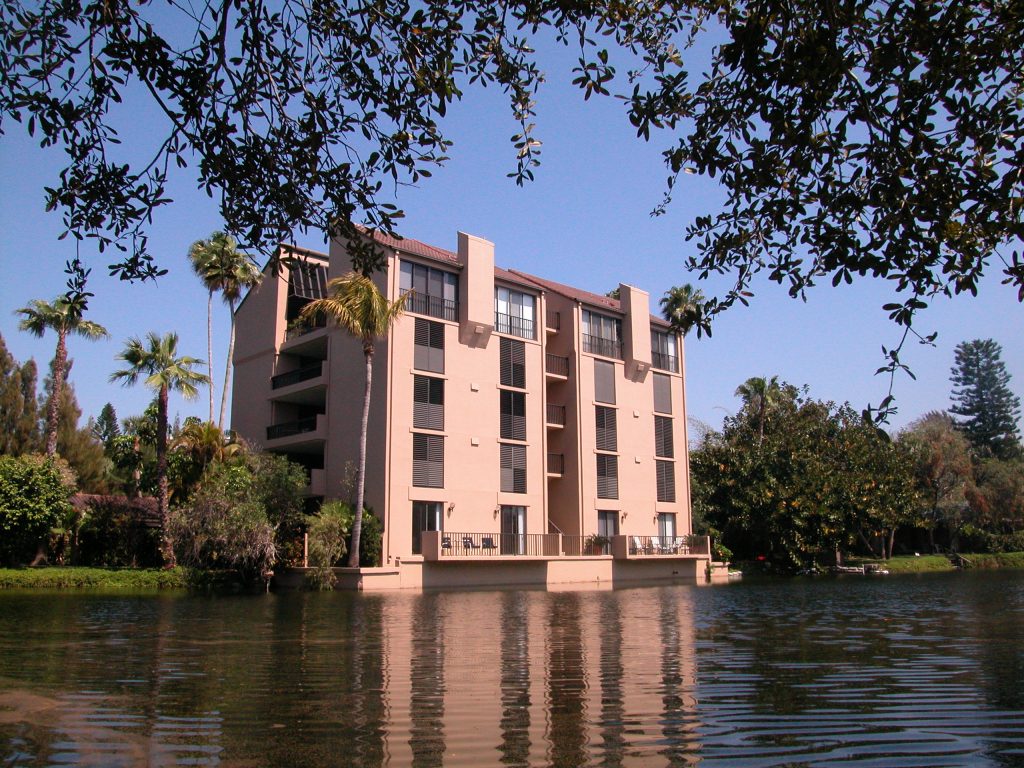 Sandy Cove was built in the late 60s and early 70s, and has a special architectural pedigree. It is a unique waterfront community — part of Sarasota School of Architecture originally designed by Frank Folsom-Smith and located moments from Siesta Key Village with dining and shopping nearby. Smith won the FAAIA Honor Award for his design and development of the community.

When it comes to Sandy Cove’s setting, “it has the best of both worlds,” says Tracey Fried, who has owned a unit in a mid-rise building for six years. Her unit was just recently listed on the market. 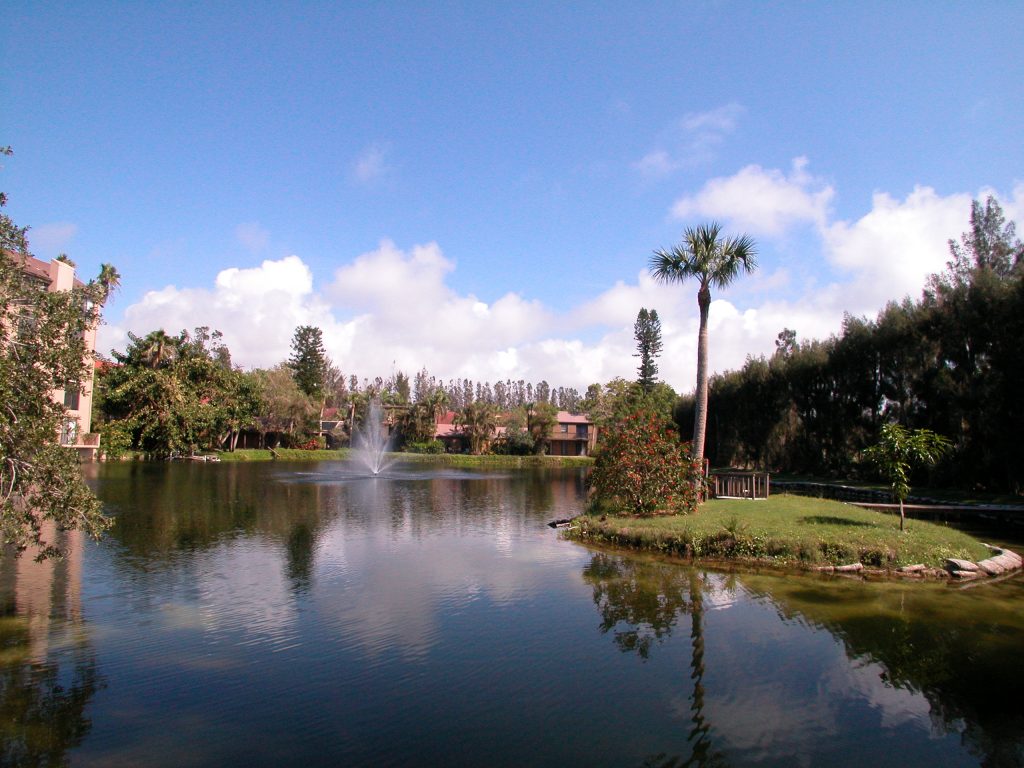 “It is its own tropical paradise, beautiful and lush,” Fried says of Sandy Cove. “Yet you can walk right down to the Village. And you don’t have to fight all the traffic to go to the beach.”

Just about everything is walking distance away, including Morton’s Siesta Market, restaurants, and bars, adds Fried, who moved to Siesta from New York City and has enjoyed living in such a walkable community here. The community is located just northwest of the Village, but is very quiet and serene, Fried adds.

Fried’s unit is situated in Sandy Cove I — which has direct access to a private beach. The 632-square-foot, one-bedroom unit was recently listed, at $310,000. The light-and-bright unit features white kitchen cabinets and solid surface countertops, and all windows equipped with hurricane shutters. 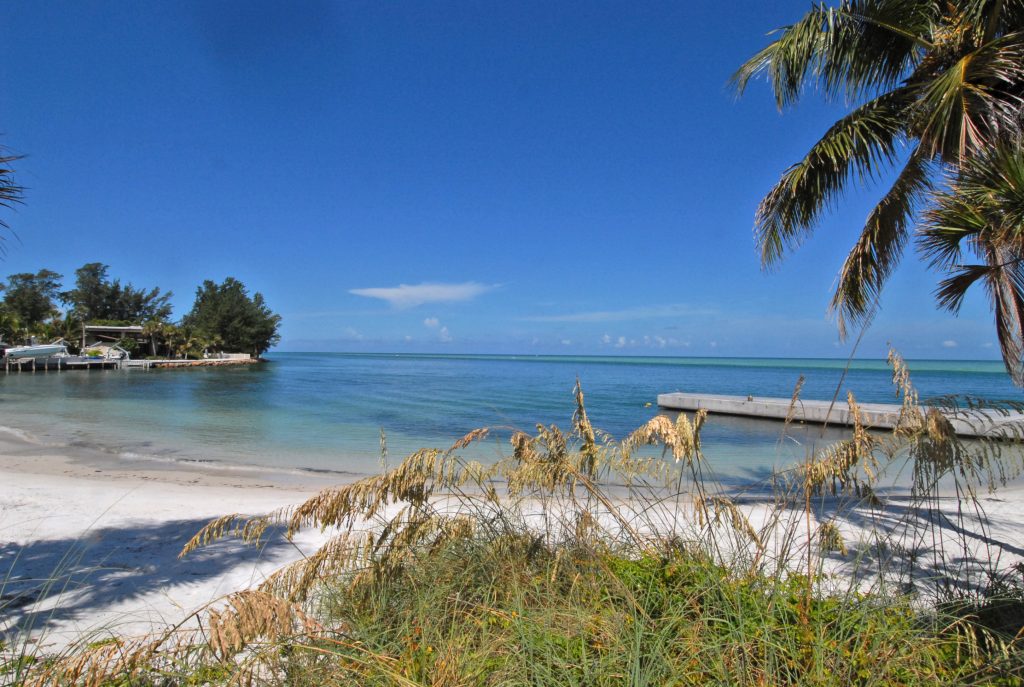 Residents at Sandy Cove enjoy breathtaking views, a private beach, easy access to Siesta Village, and a low-maintenance lifestyle, says Bob Ruiz, a realtor with Key Solutions Real Estate who has the unit listed for sale. Other amenities include a kayak launch and fishing pier.

A good number of units have a water view, either of the Pass or Gulf of Mexico, or of a pond. Roughly half of the units have undergone renovation, says Ruiz.

A big plus is that large dogs are allowed, Fried says. “It is one of the best communities for dog owners on the Key,” she says. “People love pets here. People walk their dogs around, become friends, and there are even rules where dogs can play on the beach at certain hours.”

Sandy Cove, Fried says, overall is a close-knit community of not only neighbors, but friends, who enjoy meeting down at the beach for sunsets.

The property has a manmade lake in the middle, and is always perfectly maintained, Fried adds.

From her unit, “you can literally walk out the door and have the private beach.”

Turnover is low at Sand Cove, with only two recent sales over the past year.

“No one ever wants to leave,” says Fried, who is very sad to leave the community where she has lived for the past six years, but is now searching for a single-family home where she can grow her family. 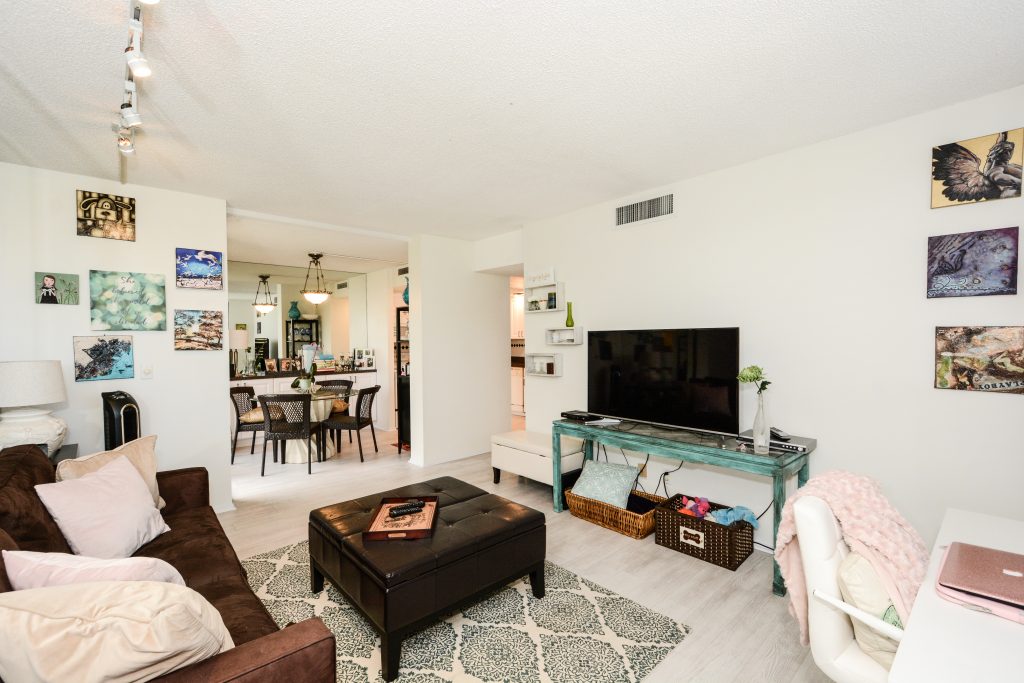 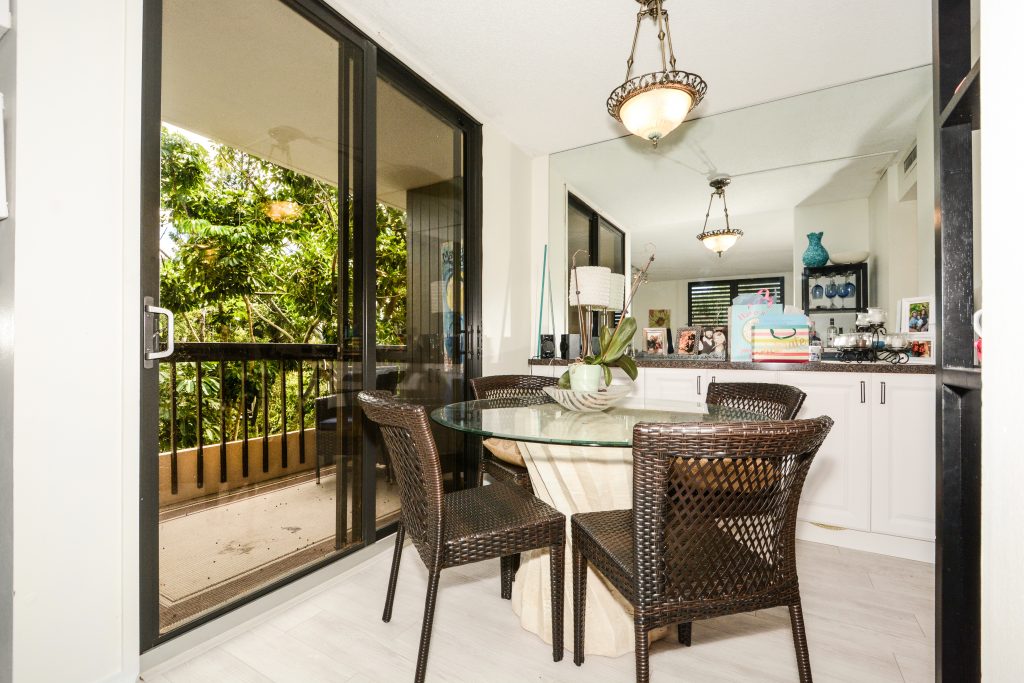