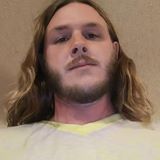 A 33-year-old Seffner man who had been snorkeling off Siesta Beach on June 24 was struck by lightning and died after he waded out of the Gulf of Mexico, the Sarasota County Sheriff’s Office reported.

Seffner is in Hillsborough County.

The Sheriff’s Office received notification of the incident at 2:06 p.m. June 24; it occurred at 6056 Midnight Pass Road. The address is that of the Peppertree Bay condominium complex on the Gulf side of Siesta Key. Peppertree is south of the public beach, where lifeguards are posted.

Based on National Weather Service (NWS) statistics available at the time, that was the third fatal lightning strike in Florida since Jan. 1.

Karen Regina Zannone, 44, of Tampa told deputies that she and Barton were visiting the beach. He began snorkeling in the Gulf while she lay down on the beach, she added. When a thunderstorm approached and rain began, Zannone said she approached Barton at the waterline, the report continued. As she started back up the beach toward their belongings, she saw a flash of light and fell back onto the sand, she told deputies. When she looked up, she saw Barton on the ground and began screaming, the report noted.

Visitors nearby on the beach, who were first responders, called for Emergency Medical Services and started CPR, the Sheriff’s Office reported shortly after the incident occurred. CPR continued as Barton was loaded into a lifeguard truck and then transported to Sarasota Memorial, the report noted.

A deputy who examined Barton’s body after a doctor pronounced Barton’s death “observed a mark on the back of his head, a wound on the bottom of his chin (possible exit wound); some minor scorching [on Barton’s lower abdomen],” the report added.

Barton’s vehicle key was recovered from the beach and turned over to a Sheriff’s Office detective, the report said.

Thunderstorms with severe lightning were observed in many parts of the county on June 24.

Brian Lada, a meteorologist with AccuWeather, pointed out in an April 2015 news release on AccuWeather’s website that lightning claims 55 to 60 lives a year. Twelve percent of deaths occur on beaches and boats, an AccuWeather graphic noted. “When a thunderstorm is approaching,” the release said, “it is important to seek shelter as soon as possible to stay safe.

“AccuWeather.com Senior Meteorologist Kristina Pydynowski advised in the release that “a sturdy and enclosed building or a car is the safest place to be during a thunderstorm.”

The release added, “Just because a thunderstorm is far away does not mean that you are safe from being struck.”

“‘A thunderstorm may not be directly overhead, but you could still get hit by lightning,’” Pydynowski said in the release. “‘A bolt of lightning can strike people and buildings 10 miles away from where it is raining.’”

Latest hotelier is front and center

New boutique hotel on the island