Is Al Fuller one of the most popular entertainers working in southwest Florida?  Gee, I don’t know … in the first 15 minutes of our interview he booked three unexpected new gigs via incoming phone calls, so what do you think? 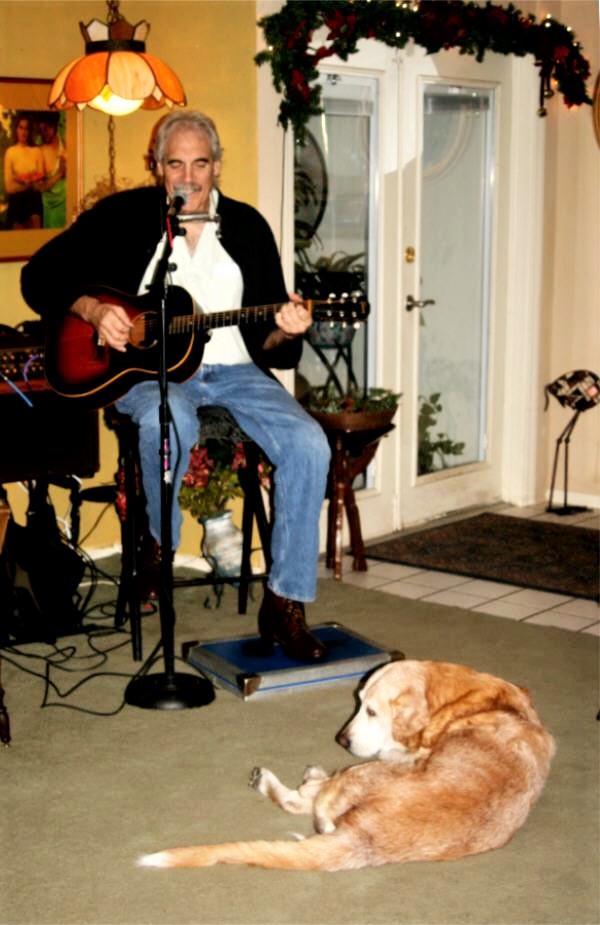 If you’ve had any exposure to the area music scene over the past couple decades, you’re probably familiar with his name and mustachioed image; with almost 20 years of hosting a wildly popular Monday night blues jam that kept one little neighborhood bar a reason to be open on what is usually a dead night for clubs, and working other band formations with most of the best players living or passing through SW Florida, Al Fuller is pretty much everywhere there’s good live music.

So much has been written about Al that when I reached out to him for this interview to precede his 12/30 gig at Blasé Café (with duo partner Burt Engelsman) I just came right out and suggested “Let’s talk about some aspects of your musical history that haven’t already been in print a million times. What music matters to your story, but isn’t widely known?”

He thought about it for a minute and then started talking about when he was drafted to serve in Viet Nam.

As I write this, PBS is running an extensive history of the Viet Nam war and, as always, Ken Burns is leaving out pretty much nothing. But Al told me about something he experienced firsthand in Nam that I had never before heard or seen publicized. The musicians who served in this awful war found and brought to comrades in arms some measure of comfort through music. Al had done this too.

“You brought a guitar with you to Viet Nam?” I asked incredulously.

No, that wasn’t how it worked, he explained. “You can sometimes get one somewhere over there, and when you do, the tradition is to use it while you’re there and then leave it behind for the next guy to use.” Sometimes it was a direct hand-off, other times the new player had no way of knowing who had used this instrument before him or whether it was left behind by a player who was happily leaving the war or…

That’s how important music can be when life is in chaos. An essential part of holding on to the person you were before you came here, a link to sanity.

Back here in the States, some areas are more sensitive to the power of music than are others. The Florida audiences aren’t like those in other places he’s lived, Al notes. In Seattle and New England, they seem to listen more. Those were the audiences he so appreciated, the ones that listened to his original songs and really heard the words and meaning. “Here,” Al notes, “there’s very little of that. People use your music more as background for their socializing. In fact most would rather hear familiar covers than anything new and original. I’ve done whole gigs where no one clapped once, no one hit the tip jar… They didn’t even acknowledge me, I was just ignored.”

Which is why he works with bands more now, something he enjoys because of the caliber of players in this area, but admits pays less and fulfills less than a solo gig where the audience actually listens.

So why did Al settle here if the audiences where he grew up in western Massachusetts, and later in Seattle, were, frankly, better audiences?

“We moved here in 1995 because we wanted our daughter, Etse, to be able to go to New Gate School,” he explained.

He was somewhat familiar with the far-different (from Seattle) climate, having played in the Florida Keys where his solo act of originals had been well received.

Al’s recorded five CDs of his original tunes and is really proud of them … but doesn’t do much writing anymore. “It used to be something I did every day, but now I don’t very much. People here would rather hear covers.”

I ask if there’s any other songwriter’s work he actually enjoys covering as much as he loves doing his own originals, and he brightens when referencing another why-isn’t-this-guy-rich-and-famous local songwriter: “I really like Marc Mosby’s stuff,” he says with renewed enthusiasm. “Marc was the first guy I met when I moved here, and he kind of got me in with the other musicians and writers here.”  Coming from an entire town of inspiring fellow songwriters in Seattle, Al was eager to get back into a group of friends that sort of inspired and competed with each other, and in the mid-1990s, they were here.

Some still are, and every one of them I’ve ever spoken with shares the same frustration: they play primarily covers even though they wish they could do all originals, because that’s what’s necessary to get gigs, and moreover, to get the audience to respond.

“I guess I’d rather be appreciated than ignored,” he admits with a touch of irony. 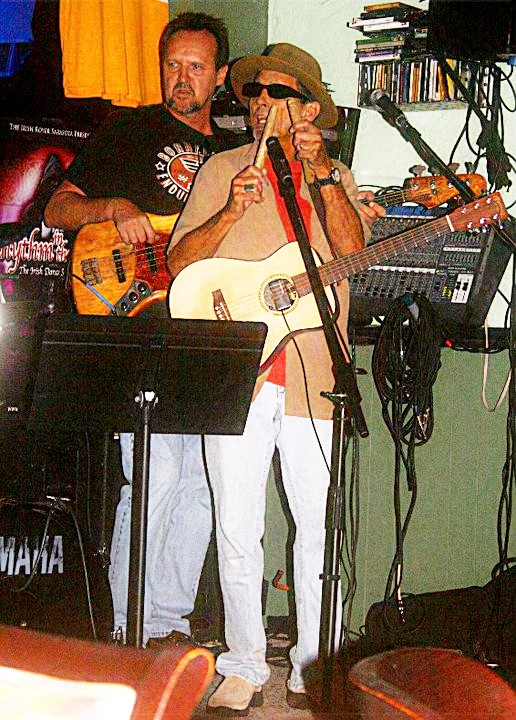 Do yourselves a favor, dear readers: on December 30, go to Al’s duo gig at the Blasé Café, and listen. Even if just for a couple of songs between drinks and laughs, listen. And if you’d like to hear something new for a change, ask Al for an original or two.

Charmaine Engelsman-Robins is a Chicago-born, award-winning writer of screenplays and articles, including a 10 year stint writing for the Sarasota Herald Tribune. She has lived in SW FL most of her life and, as an animal rescuer, has occasionally been forced to support this work with temporary straight jobs that she lists on a secret "resume" titled "My Little List of Things I Never Want To Have To Do Again." She won't have to if you keep reading her articles, and she thanks you all very much for saving her from that horrible fate.

Kennedy – Bartender of the Month