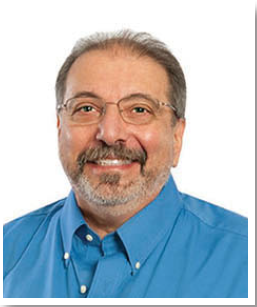 According to a press release by Sarasota County, Maio attended Seton Hall University, receiving a Bachelor of Science degree in accounting. The county commissioner and his wife, Nancy, moved to Sarasota County 30 years ago, and reside in Nokomis. Maio has built two large restaurants, a large consulting business and a vacation rental business.

"I'm honored that my colleagues have selected me as the chairman, and I look forward to the coming year," said Maio.

The city assigned the settlement money to nine projects including: an investment in Housing First program aimed at helping the homeless, transit planning and several park improvements. The city also wants to set aside funding to draw up concepts for a pedestrian overpass across U.S. 41 along the city’s bayfront.

The city is investing a half-million dollars into Housing First, a program that places chronically homeless individuals in permanent, subsidized residences. Other projects earmarked for BP settlement funds include $491,000 to perform a detailed study of a bus rapid transit system from the Sarasota-Bradenton International Airport to Sarasota Memorial Hospital and $450,000 in improvements to parks including, Payne Park, Fredd Atkins Park, Five Points Park, Fruitville and Pineapple parks, and the former police department site. The BP settlement compensates communities for the environmental and economic impacts caused by the Deepwater Horizon oil spill in the Gulf of Mexico in 2010. 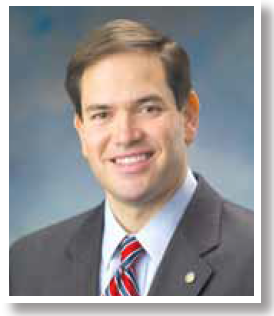 Rubio bringing campaign to Sarasota
Yet another face familiar to those who watch the national news is coming to Sarasota. Senator Marco Rubio’s campaign is planning a Sarasota fundraiser in January.

Rubio’s  follows visits by Republican candidates Donald Trump and Ben Carson to Sarasota. The Sarasota Herald-Tribune reports that Harry Walia, a Venice businessman who is volunteering with the Rubio campaign, said he has a firm date of Jan. 11 for the event but has not selected a venue yet.

Rubio has climbed in the polls since earlier this summer, when his campaign called off a previously scheduled fundraiser event in Sarasota. Rubio’s backers in the Sarasota region had canceled that event after struggling to attract much interest. Since then he has surged in the polls while former Florida Governor Jeb Bush, his main opponent for the votes of establishment Republicans, has faded. Large donors have also come out in support of Rubio over the last month.

Back in 2012, the Florida U.S. Senator signed copies of his memoir "An American Son," also available in Spanish as "Un Hijo Americano,” at Books-A-Million.

National coverage
PBS News Hour ran a segment on Sarasota’s effort to address homelessness. An online transcript of the segment was assigned the headline: “Debate over how to treat the homeless simmers in Sarasota, as more cities crack down.”

The news program took a comprehensive look at explaining the chronic homeless issue in Sarasota and how the City and county are grappling to address it. The segment mentioned a lawsuit against the city by the ACLU, and how two years ago, the city of Sarasota and the county agreed to build a new emergency shelter, but officials are now at odds about the size and location of any shelter.

City considers returning park benches
Four years after removing park benches, city commissioners unanimously voted Dec. 7 to explore the idea of reintroducing them. At the meeting, commissioners voted unanimously to explore putting benches back in the park, more than four years after the benches were removed from the downtown Sarasota park in response to complaints from downtown condominium residents who claimed homeless individuals and other people the residents described as “vagrants” were dominating the public seating.

Commissioners on Monday discussed other changes, in addition to bringing back the benches. They heard from the city manager about preliminary talks with nearby Starbucks to set up a few tables and umbrellas in the park. They discussed how more recreational activity would curb some of the undesirable activities — such as the use of drugs or alcohol in the park — seen in the past and ensure residents and other park-goers feel safer. And they began to consider what the right balance of activity should be in the park.

The restaurant will fill the central Main Street space formerly occupied by the Bullet Hole, at 1576 Main Street, Sarasota.

Farrington was most recently the director for Administration of Donor Relations at ShelterBox USA, where she provided organizational oversight of finances, human resources, donor relations and policy. Prior to ShelterBox, Farrington owned the local law firm Tuck Farrington, which provided legal advice and representation in the areas of elections, government, administration, legislation, not-for-profit governance, contracts and employment.

Hein is an experienced public management professional who lives in Sarasota. Hein was the city manager of Tucson, Ariz. from 2005-2009 and most recently worked as the director of Emergency Management and Homeland Security for Pima County in Arizona from 2009 until earlier this year.

Hein was introduced to the town commission at its regular workshop Dec. 14 meeting.

A letter from the publisher