The Sarasota Police Department now has ballistic protective vests that are specifically designed for some of the department’s best officers.

The ballistic protective vests for K-9 officers were donated through funds gifted to the Retired Law Enforcement Association of Southwest Florida through private donations, and were presented to K-9 officers Coti, Bronson and Hixson at a ceremony July 28.

The Retired Law Enforcement Association of Southwest Florida began the law enforcement K-9 vest program in 2009. “The Sarasota Police Department is honored to receive such a life-saving tool for our four-legged Officers,” said Sergeant Michael McHale, Sarasota Police Department K-9 Unit Leader. “Our K-9 teams provide services such as narcotics detection, violent suspect apprehension and they track suspects. These vests will help to protect them in times of danger.”

A Tampa-based luxury car dealership plans to bring some glitz to downtown.

Dimmitt Automotive Group, which operates luxury dealerships in the Tampa area, plans to open a dealership featuring Rolls-Royce and other high-end cars in the retail space in the new State Street Garage.

The newly-branded bar (at 1989 Ringling Blvd.) opened Aug. 20 and featured more than 70 beers and a list of craft cocktails, with hours starting from 2 p.m. on weekdays and noon on the weekends to 2 a.m. throughout the week.

On the other end of downtown, Evie’s Tavern and Grill on Main Street, will be opening this month in the 1500 block of Main Street. Both Office Bar and Evie’s on Main are concepts of owner Mike Evanoff, who also owns White Buffalo Saloon. The main street location will feature a two-lane bowling alley.

The developers of Sarasota Flats, the latest in a slate of residential developments planned for the Rosemary District north of downtown, closed last month on the sale of a 2.7-acre parcel at Fruitville Road and Central Avenue.

Framework Group LLC, based in Tampa, plans to build 228 apartments in a five-story story building along the property that stretches one city block.

The developer paid $5.8 million for the property. Back in May, the City Commission approved the plan for Sarasota Flats.

Sarasota Flats is the second project to proceed under the Rosemary Residential Overlay District — which triples the allowable density in the area — and one of several new residential projects planned for the area north of downtown.

Easiest campus to get around

Florida's public honors college was named the “Easiest Campus to Get Around” in the nation, fourth for “Most Politically Active Students,” 11th for “Most Liberal Students” and “12th for “Most LGBTQ Friendly.” The college is also on Princeton Review’s list of “Colleges that Pay You Back.”

The Princeton Review, which provides test-prep and profiles for thousands of colleges, is one of several groups to publish college rankings.

For a building to be certified under LEED, which stands for Leadership in Energy and Environmental Design, it must earn a certain level of points in various categories of sustainability. Gulf Gate Public Library earned high marks in categories including sustainable sites, water efficiency and energy performance, among others.

“This achievement reflects the coordinated effort of many different departments and employees on our team who played a role in the project,” said Sarasota County Administrator Tom Harmer. “Sarasota County is committed to sustainability and serving as environmental stewards, and Gulf Gate Public Library is a great example of that commitment.”

Visit Sarasota County has named Robert Wells the new director of sports. Wells will manage sports tourism strategy and recruit sporting events to the area. He will also be responsible for expanding and creating new events aimed to bring positive economic impact to the area. Nicole Rissler previously held the position at Visit Sarasota County before she joined the team at Suncoast Aquatic Nature Center Inc., which oversees Nathan Benderson Park.

For those out-of-town residents and seasonal residents, you’ve missed a rainy, soggy August.

Early in August, several roads were closed in Manatee and Sarasota counties due to flooding. From flooding on Manatee Ave West to heavy rains that further damaged a stormwater pipe along Jackson Road in Venice, the weather was a factor for some commuters. A series of flood advisories was issued by the National Weather Service throughout July and August.

An industrial building and vacant lot in North Sarasota sold for $1.135 million.

The sale price was not quite as high as the previous sale during the real estate boom years. The seller, MVS Properties LLC, acquired the property in 2006 for $1.65 million, according to county records. Before that, in 2001, the property changed hands for $800,000.

It’s that time of year when Fitch Ratings announces its bond ratings, and this August the rating agency had some good financial news for Sarasota County. Fitch announced Sarasota County's Second Guaranteed Entitlement Revenue Bonds will maintain their current AA+ rating. The rating for the $16.9 million guaranteed entitlement revenue bonds is based on several factors, including the county's prudent financial management techniques.

According to Fitch Ratings, which is based in New York, Sarasota County's finances are characterized by conservative budgeting practices and healthy reserve levels. Employment opportunities continue to expand in the county, the ratings service said, and an uptick in home prices and sales tax growth also contributed to an affirmed AA+ rating.

According to Assistant County Administrator Steve Botelho, who also serves as the county's Chief Financial Management Officer, the bond rating represents the cautious and responsible management of public funds by county officials. “Our responsibility as stewards of these funds drives the hard work done by county staff, and that hard work is reflected in this Fitch rating. Our rating outlook moving forward is also stable, which is another indicator of the county being in a strong financial position, " added Botelho.

An effort to save the snook population is underway in Sarasota.

On Aug. 15, 2014, scientists with Mote Marine Laboratory and Florida’s Fish and Wildlife Conservation Commission released hatchery-reared juvenile snook into the wild as part of an ongoing program designed to find the best methods to replenish and enhance wild snook populations. According to a press release from Mote Laboratory, this event was a key example of Mote’s efforts to develop and support public-private partnerships for the conservation and sustainable use of our marine resources. The snook release is possible thanks to a private donation to Mote and from funding provided by FWC.

Sarasota County is alerting drivers of changing speed limits that coincide with the start of the new school year. According to a release by the county, the Board of County Commissioners recently authorized the following changes during times when students are arriving and departing from school:

The Economic Development Corporation of Sarasota County will hold its annual meeting and present its Legacy Awards, the Clyde Nixon Business Leadership Award, and its first Ringling College Innovation by Creative Design Award from 11:30 to 1:30 p.m. Sept. 11 at the Hyatt Regency, Sarasota, 1000 Boulevard of the Arts. Register at http://edcsrq.eventbrite.com. For more information, contact at cpurnell@edcsarasotacounty.com or 309-1200. Ext. 106.

The Economic Development Corporation of Sarasota County is a public-private organization leading the community's efforts toward a more diverse and sustainable economy. 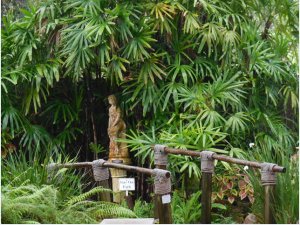 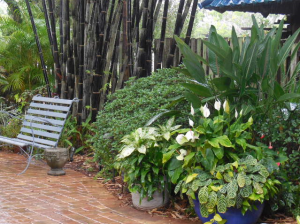 The Sarasota Garden Club Botanical Gardens are a source of natural serenity and beauty openly available to the community and sustained by the generosity of members in the form of contributions, fundraising efforts and hours of labor.

Fourteen individual gardens make up the larger garden and are identified by signage to encourage visitors to follow a connecting path on a self-guided walking tour.

For more information about the club or the upcoming events contact SARASOTA GARDEN CLUB, 1131 Blvd. of the Arts – Call 941-955-0875 – www.sarasotagardenclub.org.