An interview with Christian Becker
By Mike Sales 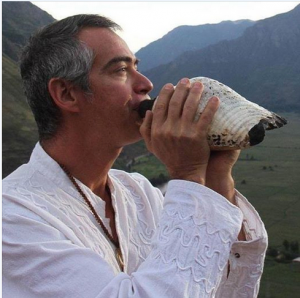 I first met Christian when he had just returned to the area and was being recommended as the guy I needed to play bass. I found out why he was so highly endorsed when he showed up to the gig and played every song perfectly, just by watching my fingers! I’ve since worked with him countless times and have gone to see him play solo and with bands and he never disappoints. A true virtuoso and consummate professional, I’ve come to know him as a friend as well. I interviewed him in his practice studio at his home, before a rehearsal…

Christian: Well, I’ve lived all over the world. I was born in Lima, Peru and the we moved to Australia for 5 years. I don’t remember much about that except koala bears and parrots. After that we lived in Virginia near DC and then we spent 20 years in the Philippines and Asia, including a couple of years in Japan. I went to college in Arizona and then studied at Berklee College of Music in Boston. I moved here in 2000 for 3 years, returned to Peru for 8 years where I became fluent in speaking Spanish and worked on my music and then came back here in 2011.

WPT: When did you start playing music and what was your first instrument?

Christian: When I was 16 years old, I picked up the guitar and got into Jimmy Hendrix, Pink Floyd and all of what we now call “classic” rock. Later in college my friends and I formed a band.

WPT: When did you start playing music for a living?

Christian: The college band began to command a lot of our time and focus, so we had a talk to decide if we were going to continue our career paths we were studying for in college or truly commit to music. I had been studying to be a photojournalist, but chose music, so I sold all of my camera equipment and bought a sitar…that was 23 years ago and I’ve been playing professionally ever since.

WPT: Is music all you do for a living?

Christian: All I do is music; play gigs, record, teach.

WPT: How many different instruments do you play?

WPT: How did you wind up living in Sarasota and playing on Siesta Key?

Christian: I came here for family. My grandmother used to live here and my family would come visit her on vacation. My parents started coming here 6 months out of the year and I have other family here now too.

WPT: How did you break into the Siesta Key market?

Christian: When I first got here, I played at the old Beach Club and the old Siesta Key Oyster Bar, then I went to Peru and returned in 2011 and have been playing on the island at The Hub, SKOB and the Cottage ever since.

WPT: Do you play band gigs for hire or as a solo?

Christian: I play both.

WPT: What different kinds of music can you be found playing in a band on any given day on the island?

Christian: Caribbean, island style, rock, jazz, country…I’m experienced in a little bit of everything, which is good because people know I’m versatile and will call me for just about any kind of gig.

WPT: What kind of music do you play solo?

Christian: I play originals, which are Peruvian influenced, but I mix it up. You could call it experimental World Music…fusion…I’ll play, for example, the Indian Sitar with an Afro-Peruvian rhythm.

WPT: Where can people go to hear you play originals on Siesta Key?

Christian: I usually play Saturdays at The Hub (Baja Grill). I used to play more often at more venues on the island, but I’ve been traveling a lot. I’ll be touring this summer with a really talented musician from Peru, named Herbert Quinteros. We’ll be playing in France, Spain and Russia. Its kind of a trade to give up regular weekly gigs, but I can’t say no to the rest of the world!

Christian: I see my music going in the direction of healing. I’ve been looking into working with the people, with music vibration and positive intention to unlock power and positive healing properties. I’ve always noticed this, even while playing in restaurants. In fact, I was jamming in Darwins (on 4th), last week. We got the house rocking and afterward, a lady came up to thank us. She said her and her husband were having real trouble with their marriage and headed toward a divorce. They had tried everything, including therapy and were at their wits end, but our music inspired them to dance for the first time in years. She said they felt their marriage was healed and both decided to give each other another chance to make it work. She said she’d come up to thanks us and I said, no no, thank you!

Mike Sales is a local singer/songwriter, for more information, log onto mikesalessings.com