An interview with John Patti
By Mike Sales


One day, while at the barber, venting my frustrations over unsuccessful demo recordings; Garry Guzzardo (my barber and former Marshall Tucker Band drummer/currently with The Billy Rice Band), suggested I go listen to John Patti. He told me of how well he’d mastered the sound I was looking for and that he was the real deal who worked with some pretty heavy hitters himself. So, I stopped by The Hub to find that once again, the barber had given good advice. I managed to get an interview with John, when he returned from playing one of his many year-around tour dates…

John Patti: I was born and raised in the tropical climate of Baltimore, Maryland.

WPT: How long have you been playing steel drums?

John Patti: 22 years…my father was a drummer, so the kit was always set up in the house and I started playing them at about 3 or 4. I picked up the steel drum when I was 9 or 10, because I liked the sound they added to my parents Jimmy Buffett records. At the time, there were no steel drum teachers at my school or anywhere close to where I lived, so I had to teach myself…I locked myself in the basement and worked at it. There was one High School in a neighboring county that had a steel drum band, which gave me the opportunity to use what I was learning on my own and eventually my hobby became a career.

WPT: How did you wind up playing on Siesta Key?

John Patti: I’ve always been infatuated with the tropics and the lifestyle of the region and I’ve always loved Florida. A lot of the groups I work with are based out of the Gulf Coast and they helped me get started when I moved to Punta Gorda 5 years ago and then up to Sarasota and Siesta Key the following year.

WPT: What kind of stuff do you play solo?

John Patti: When I play solo, its mostly instrumental but I try to mix it up and do a few Jazz tunes, some Calypso, and R&B…that’s my sweet spot, I really like the Motown R&B stuff and I also make sure I play plenty of the fun Island music too. I’ll play anything from Stevie Wonder, to Sting & the Police, to Frank Sinatra and Harry Bellefonte. Songs people know and recognize but wouldn’t think to have steel drums to it.

WPT: What kind of band gigs do you play?

John Patti: Anything from a bar/restaurant to corporate and private events, but I think the group is best displayed in a feature setting such as a festival or theater setting! We can be heard playing anything from Island Calypso stuff, to Jazz to R&B and even pop…again, some genres most people wouldn’t associate with steel drums. The cool thing about Siesta Key is that a lot of amazing musicians live and play around here, so we often collaborate on each other’s projects and shows.  A number of bands in the area use mutual musicians and feature a performer so its fun to play different styles with the same guys, and I think that actually helps give Siesta Key it’s own unique sound and style of music.

WPT: What are some of your career highlights?

John Patti: I’ve traveled the world on cruise ships to places like Asia, South America and Australia…all over the world for three winter/spring seasons. When I started playing on land again, in 2010, I got what I consider to be the monumental privilege to play at the New Orleans Jazz festival with Jimmy Buffett’s back-up singer, Nadirah Shakoor, who’s an incredible artist in her own right. I’ve performed with Les Paul up in New York City, which was an amazing experience as well as performed the National Anthem for the Baltimore Orioles, both in Sarasota for Spring training, and the main 46,000 seat stadium in Baltimore. THAT was a really cool feeling! In addition, since I’m involved with the sub-genre attributed to Jimmy Buffett, called Trop Rock, I get to play at the various conventions they have all over the country and in the Caribbean, Belize and Costa Rica.

WPT: How many different groups do you travel with?

John Patti: I kind of freelance for about eight groups around the country. Some of them are full bands and some are duo situations, but I’ve made these connections over the years and they’ll call me to come play at certain conventions and concerts.

WPT: How often do you head out?

John Patti: This time of year is usually the busiest, so I travel to shows about every week. I just got back from playing Baltimore and Columbus and then next weekend I’ll be in New York and then back to Pennsylvania. Next month we’re playing Texas, Wisconsin and Iowa and then we’re headed out to California in September.

WPT: Do you play for studio sessions?

John Patti: Yes, with the digital age, I do a lot of tracks at my home studio and send them to people working on projects, but I record for some smaller acts up in Nashville from time to time, and when I’m working on my own stuff, I head up to St Louis where there are some fantastic jazz/blues/R&B musicians and studios which really help give my “Island infused jazz and blues” a distinct sound!

WPT: Do you record originals on your own cds?

John Patti: Yes, but I also include covers on my cds. The first cd has an even split of originals and covers, the 2nd one has two covers and nine originals and the 3rd cd is a Christmas CD with all covers. All of the cds are available at my shows.

WPT: What are your career goals, going forward?

John Patti: Considering I just got married and bought a house, that’s a good question. I’d like to have my own group to travel around and perform in more theater and symphony type of environments. I’d like to demonstrate what the instrument is capable of doing, which is much more than the common perception of it. I’d also like to continue to produce more original CDs and collaborate on more studio projects as well. We’d all like to be rockstars, if even for a little while, but there is something to be said for being part of the Siesta Key music scene.

WPT: What do you like most about being a full-time professional musician?

John Patti: I love the freedom of it, the perks and getting paid to travel. I like being able to choose my own schedule and which gigs to play, but I like the creative aspect the most. I thrive on the collaboration and enjoy the dynamic changes that come with experiences, influences and different surroundings. I could be playing the same song I’ve played many times, but it keeps evolving and developing…maybe it’s a different audience or venue…maybe its with different players or even just something new I’ve added to it…it never gets monotonous.

You can find out more about John Patti and his summer schedule at http://johnpatti.com/

John Patti appears bi-weekly at The Hub located at 5148 Ocean Blvd, in the Siesta Key Village. 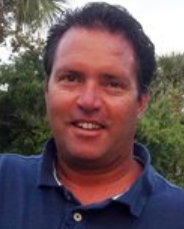 Mike Sales is a local singer/songwriter for more information log onto mikesalessings.com